There’s no doubt that social media has changed the world. What started as a platform to share pictures has now become a place that gives birth to businesses and people a chance to voice their opinions and share news. The tools offered by Instagram, Facebook and Twitter, amongst others, have helped create awareness when it comes to the current social, economic, political and environmental issues.

For instance, when the pandemic was at its peak last year, and there was a lot of misinformation, Instagram made sure they directed users to the official WHO website every time someone mentioned keywords like COVID-19 or pandemic in their posts and stories. Similarly, due to social media coverage by its own users, the #BlackLivesMatter movement gained so much attention and made it one of the largest movements in history. Instagram also helped small businesses grow during the lockdown by introducing a #VocalForLocal sticker and encouraged people to promote local labels. And when it comes to supporting the LGBTQIA+ Community, social media has always been a positive space for people to express their gender identity and sexual orientation.

Here’s how various platforms across social channels are helping with creating awareness around gender inclusivity.

In a nod to inclusivity and diversity, Apple is adding a new set of emojis in its upcoming iOS 14.5 update. The new designs include options for not only a man but also a woman with a beard. Additionally, more skin tones have been added for the kissing couples emoji. A nod to interracial couples? Heck yes! Instagram rolled out a feature to foster a safe and supportive digital environment by updating the gender section options. You can add your gender according to your preference, making it a more expressive space. When you go to the ‘Edit Profile’ option and access the Gender option in ‘Personal Information Settings’, you’ll get the options of Male, Female, Prefer Not To Say and Custom. When you choose the Custom category, you can type in your gender identity.

Use Of Gender Pronouns In Bios

Apart from introducing new tools, it’s also the people on social media who have taken positive steps to support the LGBTQIA+ Community. Most queer people and the community’s allies have started adding gender pronouns in their Instagram and Twitter bios, such as he/him, she/her or they/them to create awareness of and acknowledge gender identities. In fact, USA’s newly elected Vice-President, Kamala Harris has also added she/her in her Instagram bio to show her support. 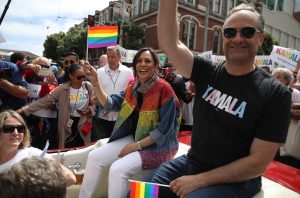 There are tons of features available on social media to show your support during pride month. Facebook lets you add a rainbow filter to your profile photo. Instagram offers story stickers and GIFs like pride flags, rainbow hearts and rainbow hashtag stickers for your Insta-stories. 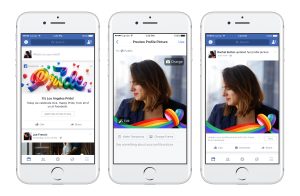 Also, when you use certain LGBT hashtags like #lgbt or #pride, your story ring turns into a rainbow colour and similarly, if you’ve used these hashtags in your feed, the hashtags turn into a rainbow hue. 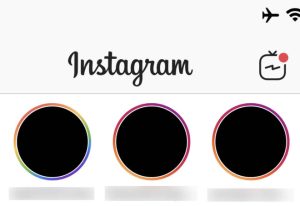