The oldest, sassiest, and some may argue, the wisest amongst the leading ladies in Sex And The City (SATC), Samantha Jones, just happens to have a doctorate in giving absolutely no damn. Played by Kim Cattrall, her iconic character sent shockwaves on and off the screen for her outrageous persona in the 90s. From being unabashedly open about her sexuality to guarding her girl squad like a total warrior, she remains one of the most sought-after pop culture icons. As the cult-favourite show returns with a new rendition sans Samantha Jones, we’re paying homage to all the sass and wisdom she lent the series and movies.

Rat race to settle down? No. Getting hitched? No. But when it comes to being a woman who knows exactly what she wants and isn’t afraid to get it, her name tops the list. And when she has her girlfriends celebrating her, it gets even better. Ahead, we’ve put together five lessons about female friendships and feminism that Samantha taught us. 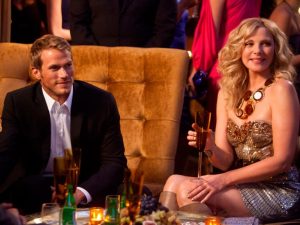 One of the most iconic quotes, this simple line was enough to tell the world how much she values self-love and self-care. Even though she has the same feelings for Smith, she ultimately decided to nurture herself first.

Key Takeaway: The foundation of all relationships and friendships will fall apart if you don’t practice self-love.

SATC set the standards real high when it came to love and friendships. And Samantha’ character was no exception. When a charming stranger approached her for a date during the whirlwind trip to Abu Dhabi, she very politely rejects him in order to spend time with the girls.

Key Takeaway: Your female friendships are just as important as your romantic relationships.

While most of Samantha’ dialogues are inspiring and empowering, others straight up reflect the harsh reality. After hotel magnate Richard has hesitations about hiring her because she’s a woman, she didn’t bottle it up or chose to remain silent. She pointed out that men can get away with being emotional at work, but women are shamed and stereotyped for being ‘weak’.

Key Takeaway: When something goes against you, don’t be afraid to start a conversation.

4. “Listen to me. The right guy is an illusion. Start living your lives.” 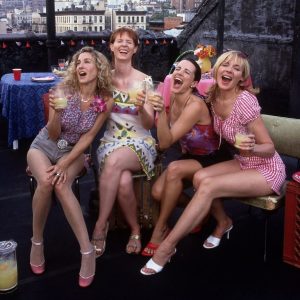 Here’s a fact. We all have that one person in our lives who gives great advice and is probably the author of our texts. For the girls in SATC, Samantha happens to be that person. Ditching the damsel in distress attitude since the first episode, she ensures that her friends do not act needy or clingy when it comes to their personal relationships.

Key Takeaway: Regardless of them being out there or not, waiting on the sidelines for the right person is a waste of time. Let that go and enjoy your life.

5. “If I worried about what everyone in New York was saying about me, I’d never leave the house.” 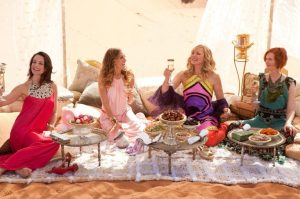 Yes, she really has a doctorate in not caring about people or their opinions. She does whatever she wants, and that attitude reinforces how liberated she is.

Key Takeaway: The less you care, the happier you will be.