#ELLEPopCultureHighlights: 5 Major Celebrity Updates You Should Know About

It’s hard to keep up with all the events taking place during the week—with the world opening up, our favourite celebrities are back in action with their ongoing projects and exciting announcements. To help you deal with FOMO, we’ve introduced ELLE Pop Culture Highlights. From Hollywood stars launching brands to music groups making their comebacks, here are 5 major events that happened over the last week.

Many celebrities are riding the Beauty space wave; Jennifer Aniston is the newest one on the block. “Something’s coming,” the FRIENDS star shares on Instagram, with a picture of herself dressed in a black blazer and heels in what appears to be a campaign shoot. Named LolaVie, her brand is set to launch on September 8. 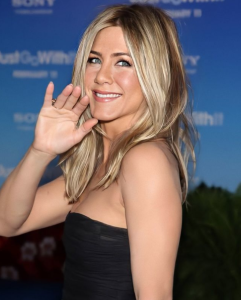 Venturing into the beverage industry, the supermodel has partnered with Kin Euphorics, a non-alcoholic adaptogenic drink brand that promises to boost mood, and alleviate stress and anxiety. Sharing the news on social media, Bella narrates how she met the brand’s founder and CEO, Jen Batchelor and how the drink helped her deal with her own anxiety and depression. “The reason why I am coming on with Kin, is not only to consistently give you new formulas, creatives and products, but to also teach you about brain health and how we can help with the social, personal, physical, and mental pressures we face on a regular basis,” she explains.

The Guinness World Records inducted global K-pop sensation BTS to its 2022 Hall of Fame for collecting 23 record titles across music and social media. It is the most streamed group on Spotify (beating even Coldplay!), most-followed music group on Instagram, and holds the record for the most-viewed YouTube videos in 24 hours by a K-pop group, among others. We’re sure the group is thanking their global BTS ARMIES that helped propel their numbers.

4. ABBA Are Reuniting For A New Album After Nearly 40 years

After calling it quits in 1982, the iconic Swedish pop group will make a comeback with their new album Voyage, releasing this November. Following the release, the group will hold a series of concerts in their digital avatars and play hits like Mamma Mia, Dancing Queen and Waterloo. The group reportedly stated that the album has been “40 years in the making” and 2 songs from the album are out already, as a sneak peek for their fans.

5. Selena Gomez Returns To TV With Only Murders in The Building

After nearly a decade of Wizards Of Waverly Place, Selena Gomez is back on the small screen with Hulu’s comedy murder mystery, Only Murders In The Building. She stars alongside comedy veterans Steve Martin and Martin Short and the show’s been streaming since August 31. 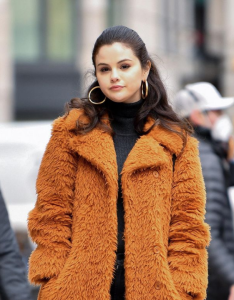