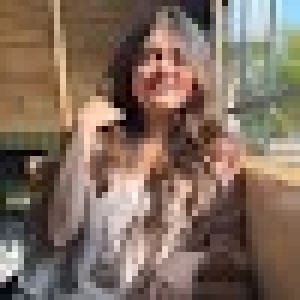 For beauty enthusiasts, art has always been a constant source of inspiration. From makeup artists to content creators, art-inspired makeup looks have not only served as viral content but also as a way to showcase their creativity and state-of-the-art looks. As one of the most famous post-impressionist painters in the world, Vincent Van Gogh is known for his emphatic brushwork. Let’s not deny, however, that all of us are fans of his painting The Starry Night. We’ve all had a version of this painting on our Pinterest boards and as our wallpaper screens at some point in our teens.

So, here’s a thought, what if we tell you quick and easy ways to incorporate The Starry Night into your makeup look and channelise your inner artist?

Graphic liners were arguably the most quirky beauty trend of 2022. Stacked, floating or neon, they took social media by storm. it’s time to now bringing this storm of a trend down to your face! Use graphic liners to paint a starry night across the face. Pick similar colours to that of the painting and add twinkling stars to stay true to your inspiration.

Here’s a look by Joanna Simkin and its recreation by James Charles, who has also carried swirls into his hair.

With heaps of makeup inspiration that HBO’s hit show Euphoria has given us, the use of rhinestones has taken centre stage. Fashion a constellation using jewelled stick-ons across the face and keep the rest of it bare to let the stones stand out.

Speaking of James Charles, here’s another one for inspiration. This time use face charms along with rhinestones to create a modern depiction of a starry night but on your face. Keep the face neutral but go heavy on a blue smokey cat-eye. Carry it down to the lower lash line and embellish it with more rhinestones. Finally, top it off with a highlighter and nude lips.

Vincent Van Gogh used at least 21 shades of blue in his painting The Starry Night. Be one from the world of Van Gogh by picking your favourite blue and pairing it with a gold liner to mimic the orbs and turbulent sky with swirls. Pro tip: don’t forget false eyelashes.

Blend some blue on eyelids and lower lash line but don’t just stop there. Take iridescent eyes to the next level by blending a blinding halo in the centre of the eyelid. Emphasise on the water line with a popping teal and top it off with gloss. As for the rest of your face, bathe in some highlighter and call it a look!

For those of you who are interested, the amalgamation of art and technology, Van Gogh 360, will open to visitors starting January 20 for four weeks at the World Trade Centre in Mumbai. Over 300 of Vincent Van Gogh’s most popular works will be showcased to create a one-of-a-kind immersive 3D experience.