In her career spanning six years, Bhumi Pednekar has carved a niche for herself in feminist and socially forward roles, which not only sets a positive example for women watching her but also the Indian society as a whole. On her birthday today, we revisit six movies that prove how Bhumi is the ultimate millennial feminist icon in Bollywood.

Bhumi’s debut film was a bold choice and one that many wouldn’t have done. The actress played an empowering role as Sandhya, an overweight woman who is married to Prem (Ayushmann Khurrana). Even though people in the village and her own husband make fun of her because of her appearance, she isn’t afraid to fight back to get the respect and love she deserves. From voicing her opinion to her husband on how she doesn’t like being told what to do to sending him divorce papers on account of being disrespected by him, Sandhya proves that a woman can be independent and doesn’t need a man to support her as far as she is confident in herself. 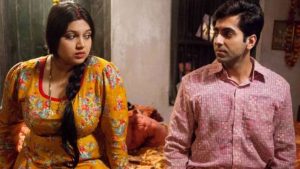 In a nutshell, Bala aptly portrays how a person’s confidence can get affected based on society’s judgement on their appearance. A young man Bala (Ayushmann Khurrana) suffers from premature balding and struggles to measure up to social beauty standards. He lies to his fiance Pari (Yami Gautum) by hiding his true appearance with a wig. When his insecurity threatens his marriage, he seeks the help of a lawyer, Latika Trivedi (Bhumi Pednekar). While the film primarily focuses on Bala’s insecurities, it also highlights how Latika learns to love and stand up for herself despite facing prejudices for her dark complexion. 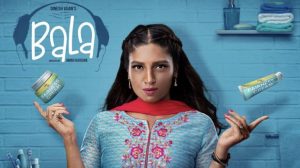 The plot of the movie revolves around the lack of public lavatories for women in rural communities. Jaya (Bhumi) falls in love with Keshav (Akshay Kumar) and gets married to him. But when she discovers that his house doesn’t have a toilet and has to walk a long distance to defecate, she decides to leave. She demands a toilet be made for her and only then will she return. Eager to win her back, Keshav sets out on a mission and stands up to age-old traditions. Although the film shows Akshay’s character fighting for sanitary measures, it’s Bhumi’s role that pushes him to take those steps. 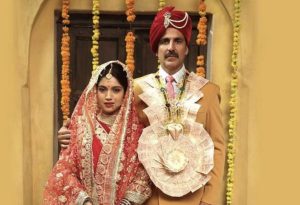 Married to a man facing erectile dysfunction, Bhumi’s character Sugandha is an open-minded woman who is understanding and supportive of her husband’s issue, as opposed to his own family who wants to outcast him. 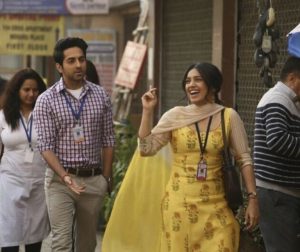 Based on a real-life story, sister-in-laws Chandro (Bhumi) and Prakashi Tomar (Taapsee Pannu) accidentally discover their shooting skills in their sixties. Seeing this as an escape from their mundane living in the past – working in the field, bearing babies and doing never-ending household chores – the duo starts participating in sharpshooting competitions behind their husbands’ backs. But when the men find out and oppose it, they resort to fighting patriarchal setup of the society with the same skill they use to hit the bullseye! 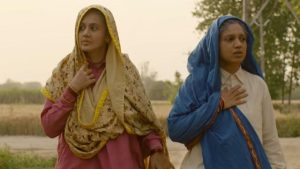 Narrating the stories of cousins Radha aka Dolly (Konkona Sen Sharma) and Kajal aka Kitty (Bhumi), the movie portrays the complexities in both their lives individually. While Dolly is trapped in a loveless marriage and doesn’t speak up even after knowing about her husband’s infidelity, Kajal is fierce and openly tells Dolly when her husband tries to flirt with her. Kajal wants to live her life on her own terms and hence moves away from her family to greater Noida (where Dolly resides). She takes a job at a hotline for online sex to make ends meet and that’s when she changes her name to Kitty. What we like about Bhumi’s role is how she stands up for herself when questioned. For instance, when her family finds out where she works and asks her to come back home, she immediately tells them how her own brother uses that app but isn’t questioned about it. 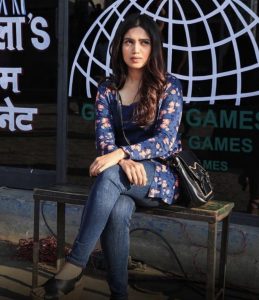