7 Times Bollywood Taught Us To Stand Up For Ourselves

In recent years, Bollywood has taken a feminist turn with movies that are challenging notions of the male gaze and pushing for female protagonists to be at the forefront. Take, for instance, Veere Di Wedding which features four independent women who openly talk about their sex lives, smoke the occasional cigarette and explore female relationships. Moreover, recent movements like #MeToo that are garnering worldwide attention are only adding to the current feminist wave.

Let’s take a look at Bollywood movies in the recent past that have empowered us to stand up for ourselves and given us the courage to defy society’s expectations of us.

Her role: An overly enthusiastic and optimistic Geet faces everything that an Indian girl faces in her life — family pressure to get married. But her rebellious nature makes her follow her heart and she runs away from home to her boyfriend. Things go awry, and she ends up alone, not knowing where to go.

What we learnt from it: Geet inspires us to take risks and listen to our heart, even when others tell us otherwise. Her confident nature is evident when she coerces her co-passenger Aditya (played by Shahid Kapoor) to drop her home when she misses her train.

Her role: Rani is the mirror image of a shy, Indian girl who has accepted the reality of her conservative family and is ready to live that life, but just when we expect things to not get more obvious, we see her transfigure like Professor McGonagall from the Harry Potter series, screaming feminism and becoming our ultimate female messiah.

What we learnt from her: Rani’s biggest realisation in the movie comes when her fiancé leaves her, after which she decides to go on a honeymoon…by herself. She shows us how self-love can heal us. 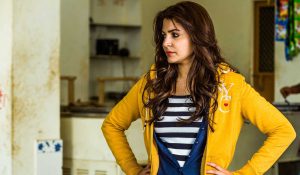 Her role: Meera’s life takes an unexpected turn when she and her boyfriend unexpectedly get caught up in a fight involving street goons when they witness the honor killing of a couple. When the gang comes after them, Meera shows resilience and courage when her boyfriend is killed and takes it upon herself to avenge his death.

What we learnt from her: When an adversity strikes, it doesn’t see gender, and we need to valiantly stand up and fight. Meera uses violence as a strong metaphor for liberation and to illustrate her intolerance against the injustice. 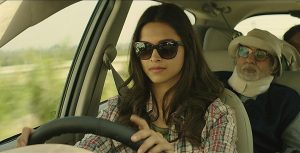 Her role:The independent Piku wants to live life on her own terms, but her ageing father would like it otherwise. The 70-year-old widower, who suffers from chronic constipation, would like all of his daughter’s attention, which really tests Piku’s patience, often leaving her short-tempered and irritable. But her understanding nature makes her come to terms with his eccentric behaviour which doesn’t deter her from being the free spirited, fierce woman that she is.

What we learnt from it: When Piku’s father passed away, she shows indomitable strength and is practical about his death. Instead of accepting condolences, she asserts that he died peacefully and happily. 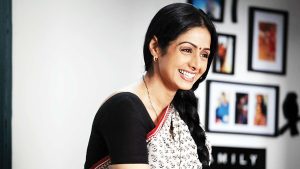 Her role: A timid Shashi can’t converse in English and her family, whom she adores, does not think highly of her. Her incapability to speak in the language becomes her biggest motivation to step out of her cocoon-like life that revolves around her husband and children and takes her on an empowering journey that transforms her.

What we learnt from it: Shashi pushes her boundaries and independently stands up to her family’s ridicule and proves that you’re never too old to learn a new skill. 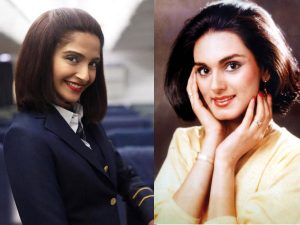 Her role: Based on a real life story, Neerja Bhanot stands up against her abusive marriage and returns home to make a career for herself. At her new job as a flight attendant, she reflects the same principles of battling against what’s wrong when her flight gets hijacked, to the extent that she sacrifices her life for it.

What we learnt from it: Neerja is an example of a gallant woman who refuses to budge from her strong principles, despite her harrowing past. When her flight was hijacked, she had a chance to get out and save her life, but she stays true to her duty as a flight attendant and puts her life under jeopardy save the lives of children, women and other co-passengers.

Ratna Pathak Shah in Lipstick Under My Burkha 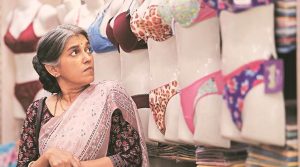 What we learnt from her: Despite her age and being called as “Buaji” by everyone, her young-at-heart nature proves that it’s never too late to seek adventures in life.