After K-Dramas, Meet Your Next Big Obsession: Korean Novels

Now that we love K-Drama, K-Beauty, and K-Pop, let ELLE India introduce you to Korean novels. These novels are defined by their striking ability to defy and mix genre and explore unspoken social themes, by weaving a narrative that captures the reader by speaking to their experiences. This list has at least one book for everyone!

Diary of A Murderer by Kim Young-ha, translated by Krys Lee

Byeongsu, is a former serial killer, suffering from Alzheimer’s’. To keep himself grounded in reality, he judiciously notes down everything he does or sees in his journal. When his adopted daughter introduces him to her boyfriend, Byeongsu suspects him of being a fellow killer. Suspended between real and fabricated memory; the journal entries are the only way the events unfold, the novel holds the suspense, keeping the readers guessing — is Byeongesu mixing up his memories from his murderous past, or is he in the present, just being protective over his only daughter. 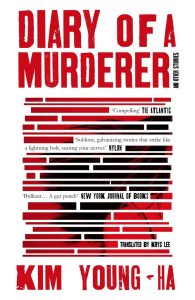 The Disaster Tourist by Yun Ko-eun translated by Lizzie Buehler

Jungle is a travel agency that specialises in disaster tourism — places ravaged by disaster or climate change (I know!). Yona, an employee of the company is sent on a ‘paid vacation’ to the Mui, to find out why it is the company’s least performing asset. Posing as a disaster tourist on the island, Yona uncovers a secret that further ties her to her callous company, unless she defies her company, again. 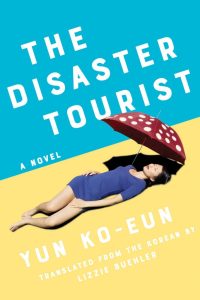 The Plotters has this uncanny quality of being humorous, violent, and even wise as it plays out the extraordinary life of an ordinary assassin. Set in alternate Seoul, at a time when assassination guilds are competing for dominance in a market, Reseng, an assassin, finds his colleagues and friends murdered under mysterious circumstances. The lack of remorse from his master, Old Raccoon, and discovery of a scheme hatched by a trio of unsuspecting ladies, forces him to participate in a power struggle amongst assassins, which could leave a very different person in charge of power. 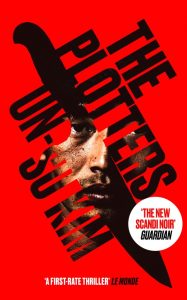 Kim Jiyoung, Born in 1982 chronicles the life of a woman who is desperate to escape the stifling gender roles in South Korea. Kim Jiyoung was one of the most popular Korean names for girls born in the 1980s, and as such it’s the story of the ‘Korean every-woman’. It is evocative because it is simple and effective in its approach about firstly, the acceptance and then, the need for gender equality. The narration of the novel is very clinical-like, which will make sense in the end. I promise. 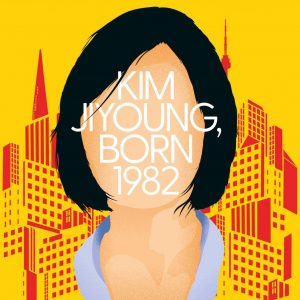 The Vegetarian by Han Kang, translated by Deborah Smith

Fraught with discomfort over recurring nightmares of blood-soaked images, Yeong-hye decides to forgo eating meat, a decision that destabilises her marriage with her husband changes her relationship with her brother-in-law, and leads to power clashes with her sister. As Yeong-hye continues to assert her independence, we watch as she transforms herself from a damsel in distress to a victim, manipulator, and eventual victor of her life. 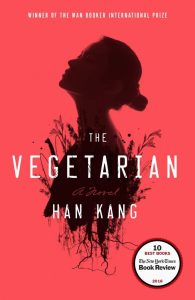 If you want to read non-translated Korean books, I recommend 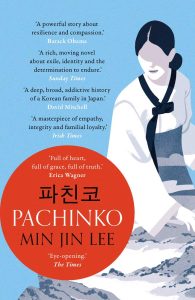 Set in the period during Japan’s occupation of Korea, rich with history and human emotions.

The Wicked Fox by Kat Cho 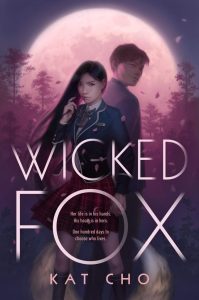 For a lighter read, pick this book, where a young woman with a fox spirit, saves the life of a human boy, setting off a chain of events that ignites a forbidden romance and re-ignites an ancient feud.

If I had Your Face by Frances Cha 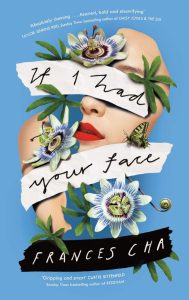 For a contemporary choice, this is a novel that tells the interwoven story of four young women living in Seoul as they navigate beauty, k-pop, wealthy admirers, and social hierarchies.