Here are some cult favourites to add to your list.

There is something so charming about black and white movies. Apart from the nostalgic trip, you also get a sense of the culture and the stories from yesteryears… it’s like taking a trip down simpler times! If you are looking to add some classics to your binge-watch list, here are eight must-watch options. Get ready to lose yourself in Ranbir Raj (Raj Kapoor) and Vidya’s (Nargis) romantic love story. From fraudsters to a seductress, the film has it all. Fun fact: this was the highest-grossing film of 1955. 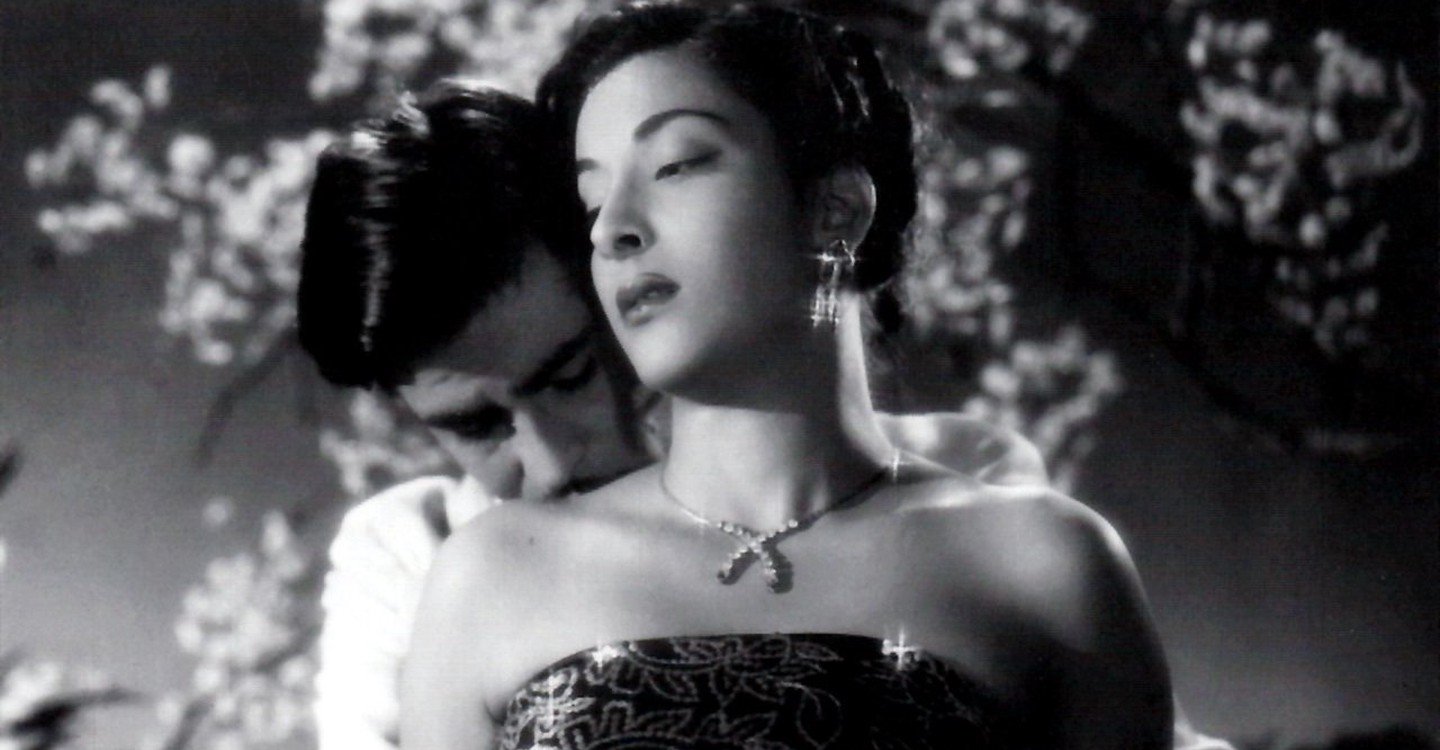 The story revolves around the life of Raj Raghunath (Raj Kapoor), who has to join a criminal gang to bring food to the table. His life, however, changes when he falls in love with Rita (Nargis), and he tries to reform. Prithviraj Kapoor, Raj’s father, plays the role of his reel-life father in the movie. Fun fact: The film entered the Cannes Film Festival in 1953. 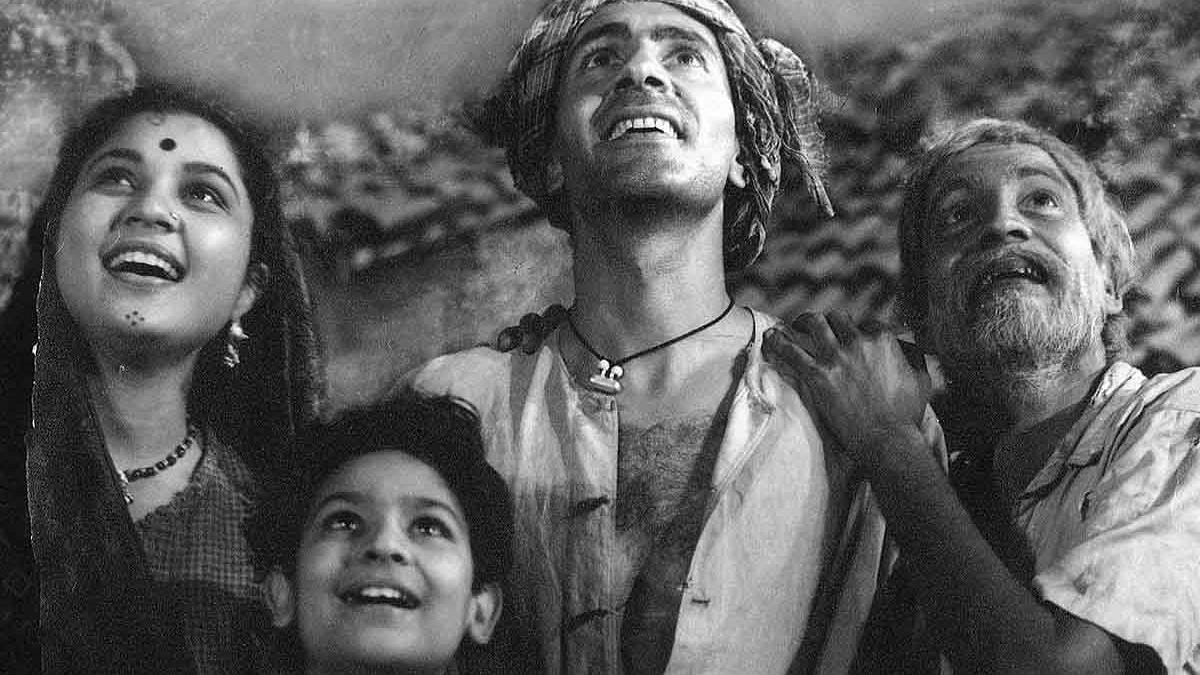 A poor farmer, Shambu Mahato (Balraj Sahni), who lives with his wife, Parvati Paro (Nirupa Roy), in a small village, has to become a rickshaw puller in Calcutta after being hit by a famine. The movie is about his struggles to pay off his debt and save his land. Did you know that this was the first Indian film to win the International Prize at the Cannes Film Festival and also the first movie to win the Filmfare Best Movie Award?! 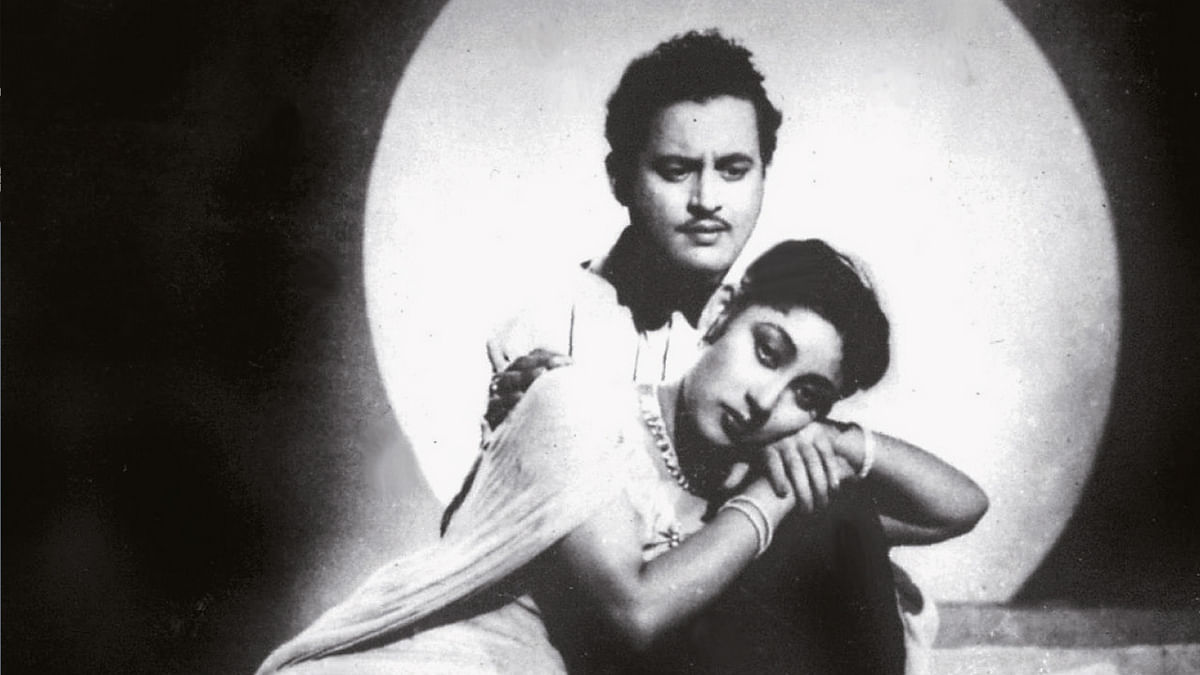 Pyaasa is a story about a poet and his struggle to make a name for himself in the big, bad world. As he struggles to find recognition, he falls in love with Gulabo (Waheeda Rahman), who plays a prostitute. Fun fact: the movie is ranked at the 160th spot on the Sight & Sound critics’ and directors’ poll of all-time greatest films. The film follows the story of Kundan (Jeevan), the son of a landlord who aims to modernise his business by replacing horse carts with buses to transport passengers. Shankar (Dilip Kumar), who makes his living by pulling a Tonga, puts up a fight against him to save his own business. Did you know that this film inspired Aamir Khan, Lagaan?! A young engineer Devinder (Dilip Kumar), is on his way to the railway station when a landslide blocks the way. He takes shelter in a nearby mansion that feels eerily familiar. He gradually learns the story of his rebirth; in his previous life, he was Shyamnagar Timber Estate manager Anand and was in a relationship with Madhumati (Vyjanthimala).

Where to watch: MX Player The film is said to be inspired by Guru Dutt’s association with Gyan Mukherjee. It revolves around the story of a famous director, Suresh Sinha (played by Dutt), who discovers a star, Shanti (Waheeda Rehman). He casts her as a lead in his film, but a twist of fate leads Shanti to become a superstar, as Suresh faces a decline in his career. One of the first films that come to mind when talking about black and white films is Mughal-E-Azam. The movie narrates the love story of a Mughal Prince, Salim (Dilip Kumar) and a dancer, played by Madhubala. Prithviraj Kapoor plays Salim’s father and emperor, Akbar.