"I didn't have any public figures to look up to."

Hijab-wearing model Halima Aden went from Miss Minnesota U.S.A. pageant contestant to a standard-bearer for cultural inclusiveness in fashion and beauty. Since appearing on the cover of CR Fashion Book, she’s signed a contract with IMG models and has been on a world tour spreading awareness. Aden remembers what it felt like to grow up without public figures who looked like her. “One of my teachers told me to draw the Disney princess who I could most relate to, and there wasn’t one. It hit me at a young age—that made me question whether or not I was good enough. Each princess had a heroic story, but I didn’t have one. I took it very hard.” 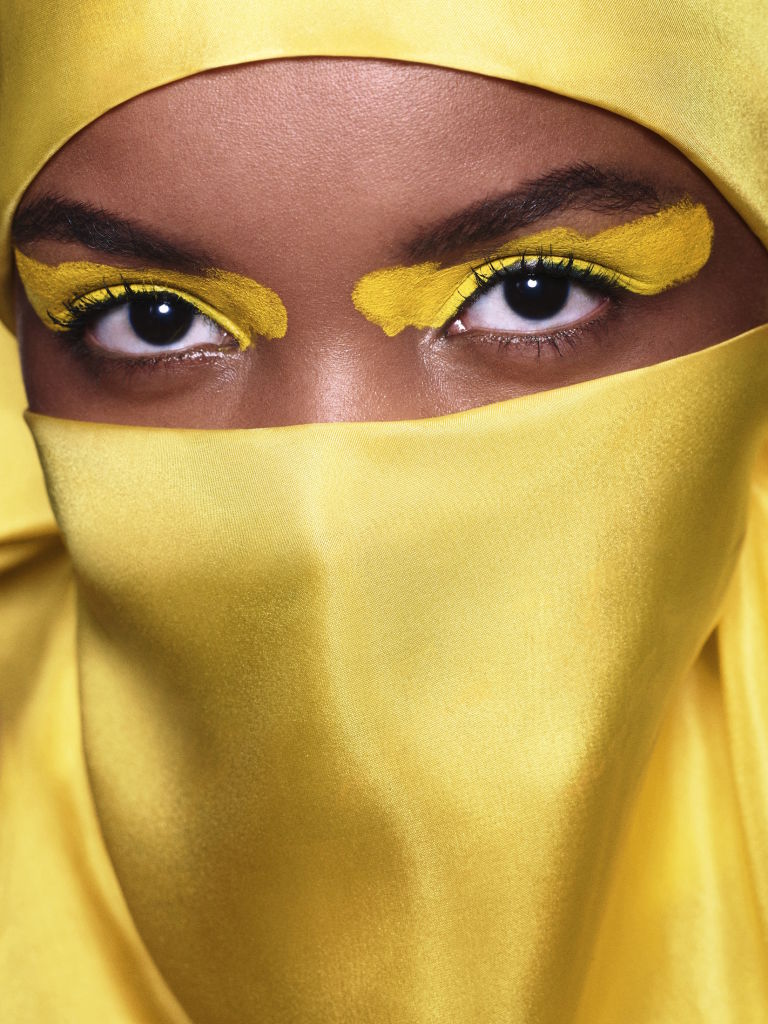 On eyes Acrylic Paint in ‘Primary Yellow’ (by Felix Kim)

Alongside these photographs of Aden in brightly colored hijabs and coordinating makeup looks, she opens up about her own views on beauty as well as some issues that hit her close to home: how mainstream ideals affected her childhood, the problem of skin bleaching in her community, discrimination, and memories of the country left behind when she fled to the United States as an African refugee at age seven.

What is your idea of beauty?

“Being Somali and being African, beauty for us was always about the lighter skinned girls who were considered to be beautiful. I got a first taste of that when I was six. They used to say ‘Halima cadey.’ That word means light, but also sweet. I had lighter skin than my cousins, and because of that I was told that I was lucky.”

What about the girls who weren’t told that they were lucky?

“As I got older I saw that there were a lot of skin bleaching products in our market…in Asian and African communities. Because, unfortunately, lighter skin is what so many people deem to be beautiful. I know a lot of girls who have ruined their skin from using these products. You see that all the time—girls who go from looking nice, with a healthy, natural brown glow to this faded greyish color. Some of those products have Mercury in them. They are banned in the U.S. but people are still selling them. God made you a certain way, so your skin color and features go well together. Something looks off. And it makes their skin so sensitive that they can’t go out in the sun or even cook because their skin can’t handle the heat. What is so wrong with being black?”

Is there anything being done to help these young women?

“I tried talking to my teacher in 9th grade. I asked if we could talk about skin bleaching in my community. We talk about the ads against tanning and we hear warnings about that all of the time. There are all of these regulations to protect women against the harm there, so why aren’t people talking about skin bleaching? Because it’s happening in minority communities?”

Who do you think is to blame for all of this?

“Society, media, and the all of the images of blond hair and blue eyes. Everyone is trying to reach that. It’s also family. I could have grown up like the girls I knew who hated their own skin. My mom and my family were celebrated, and they were dark.” 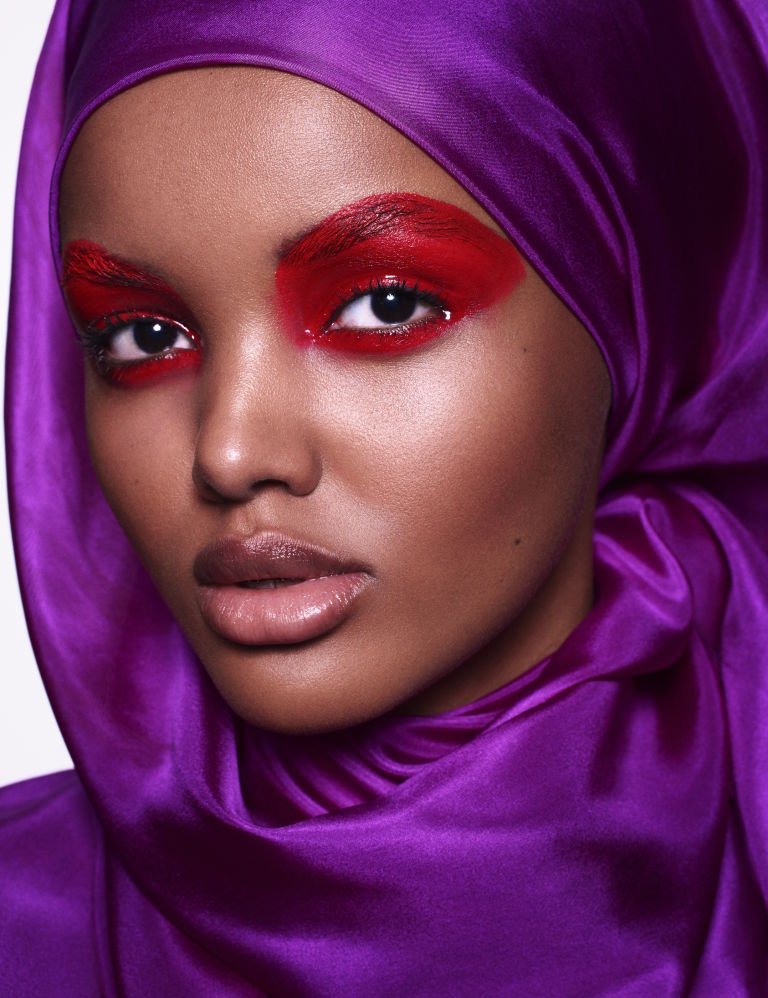 Did you have strong female role models who steered you towards a better perspective?

“I did, but at the same time, my mother never made any excuses. Sometimes we didn’t have food, but we’d get by. I understood that mentality from an early age. If you’re constantly feeling bad for yourself and blaming others, it drags you down. I didn’t choose any of these things—the civil war in Somalia or for my family to flee the country. For her, it was like, you have to keep moving.”

Which ideals of beauty did your mother pass on to you?

“For her, beauty is so unnecessary. My mom didn’t want me to get caught up with looks. She thinks that a bare face is the most beautiful that you can be.

I started to use lipstick when I was 14. She would say, ‘it’s so unnatural.’ I told her, ‘it looks girly’ and ‘all of my friends do it.’ My mom told me that I should be worrying about school. Eye shadow was a big no no at my house, so I would wipe it off before I came home. Even now, she’s against me threading or waxing my eyebrows.

So how does she feel about your new position in this industry?

“She is against it. It’s so sad because we see things differently. I feel like I’m empowering women. I didn’t have any public figures to look up to.”

Companies are just now waking up to the fact that there’s a market for it.

“There is a market for it. I didn’t have the kind of childhood that involved toys, so it forced us to bond with each other. When I came to America, I wanted to collect dolls. It’s so diverse—they even have pilgrims with bonnets—but the one doll that’s still missing is the doll that has a hijab. What about those little girls? We grew up feeling that it was wrong and that if we didn’t have our hair covered it meant we weren’t pretty enough.” 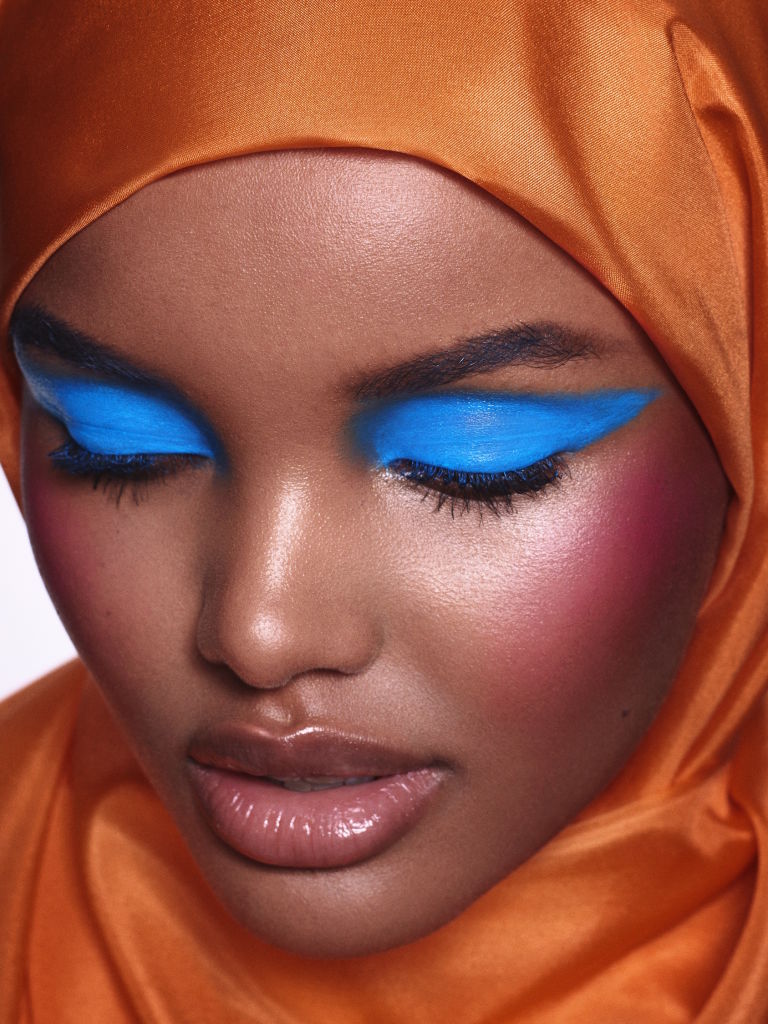 On eyes Chromacake in ‘Cyan,’ on cheeks Bright Pink Blush (by Felix Kim)

Growing up as a minority in Minnesota, did you experience direct discrimination?

“The taunting started in middle school. They’d say that I have no hair. That pressured me to show them my hair. I still feel so bad that I stooped to that level instead of having confidence.”

Why do you think racial discrimination is such a problem here in America?

“The population started booming and it became mixed really fast. People weren’t expecting it. It’s not just an American problem. It’s a problem all over the world. The first time that I was introduced to a white person in Africa, it was very positive. When I saw a white person, I thought, how different is that! Every time she came, she delivered good news and everyone was so happy to see her. It’s very different from African Americans here who were exposed to slavery. I think that most people are being introduced to Muslims on the news hear and see only the worst things. It’s not an excuse to be racist or prejudiced but, at the same time, I understand where that fear is coming from.”

What impact do you think the recent U.S. election has had on these issues?

“I’m actually thankful for this election. I’m obviously not a Trump supporter but, before this, people didn’t bother to learn about Muslims. Now I’ve seen so many people come together. And so many protests are happening where a majority of the crowds have been non-Muslims. I hear so many comments about Americans being anti-Muslim, but I see the Americans that are hosting refugee dinners. People are reaching out to refugee communities and being more understanding. American principals really are built upon diversity.” 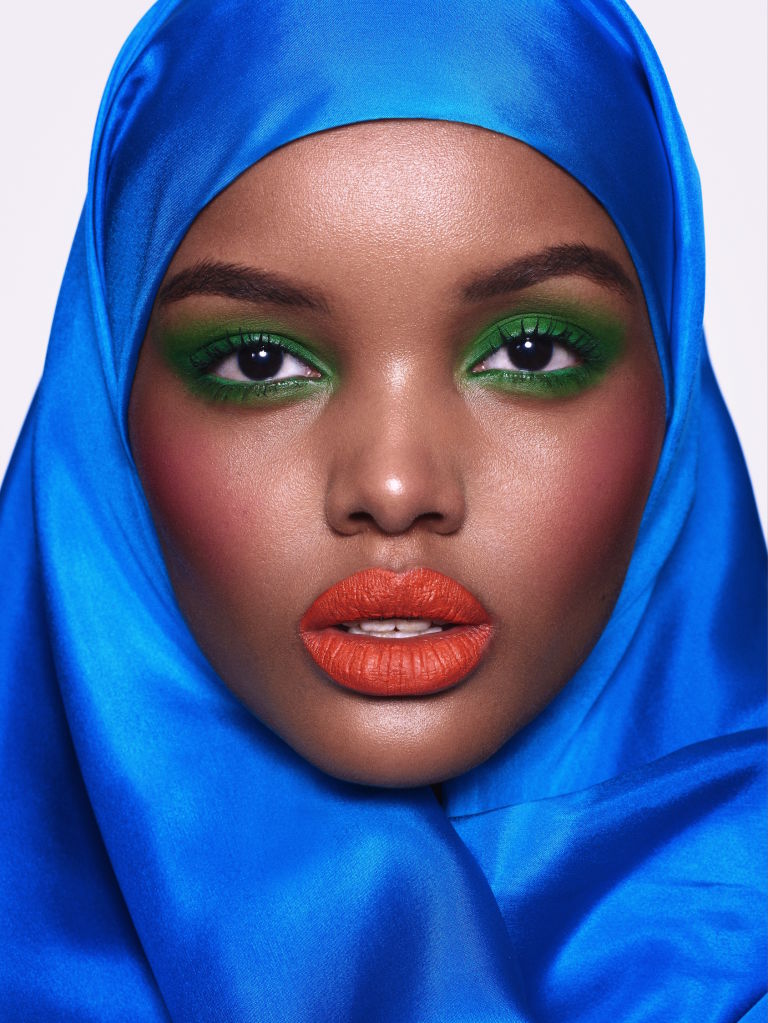 What was it like for you when you first arrived in America after having to flee your home?

“People who are coming here don’t come here because they want to. It’s a last resort. I had no idea what to expect when I left. It’s uncertainty. There’s a language barrier and people don’t understand you.”

Do you have a desire to go back to Africa?

“I would want to see Somalia because I’ve never been there, but I don’t know if that will be possible. There’s not that many airlines that fly to Somalia and there are parts that really aren’t that safe. Culturally, there’s a lot of things we don’t see eye-to-eye on. I don’t know what will happen to our kids’ generation. I hope we don’t completely forget about Somali culture. It’s something to think about.”

How do you think your generation is different from your parents?

“Their generation is a lot harder than us. They saw so much trauma and horrible things. They adjusted to the life of not knowing what will happen next. We never grew up with a lot of babying. If I had fallen, they told me to get up. I see kids who yell at their parents or disrespect their teachers. I was taught that a teacher was a second parent. I’d get whooped just for rolling my eyes.”

What else do you recall about your childhood?

“People think I had a terrible childhood. I see my cousins watching other kids play on Youtube instead of going outside to play themselves. There should be more to childhood than sitting and watching a screen. Our parents forced us out of the house. The poorest people tend to be the happiest. The less physical things you have, the more friendship and bonding you have. We made toys out of everything. We found ways to be children and to have fun and get our minds off of whatever our reality was.”