Meet Vidhya Iyer: a professional screenwriter in Hollywood who recently worked on Disney’s inclusive TV show, Mira, Royal Detective, an American-Indian show that takes inspiration from Indian culture and customs. Mira is the first South Asian protagonist in a Disney Junior show, and for Vidhya, writing for it came easy thanks to her Indian roots. As a scriptwriter in Hollywood, Vidya strikes a perfect balance between her passion for stories and finding a space to represent her culture. In a chat with ELLE, she talks about what attracts her to this job, drawing inspiration from India and her upcoming projects.

ELLE: Tell us about your journey to becoming a screenwriter. What drew you to the job in particular?

Vidhya Iyer (VI): I started writing as a way to vent. I was a very angsty pre-teen and would journal and write diary entries a lot. From there, it grew to writing fantasy stories in magical worlds, and throughout the whole experience, I kept watching a lot of television, specifically cartoons, anime, and sitcoms. I watched shows like Friends, Malcolm in the Middle, That 70s show, Scrubs and 30 Rock, and I fell in love with those characters. I wanted to create people who were so interesting, endearing and funny that you wanted to follow their lives and tune in every week for 10 years to watch them. 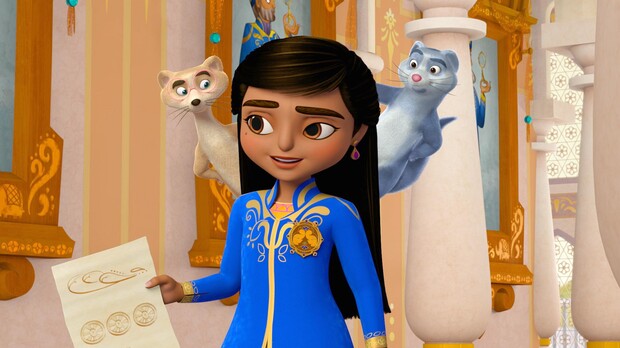 A still from Mira, Royal Detective

ELLE: Tell us about your work on Mira, Royal Detective. Where did you draw your inspiration from while writing the show?

VI: I mostly drew inspiration from my own experiences. I grew up in Chennai, and my family is very traditional, so I’ve had the experience of leaning into celebrations and customs, and it really helped inform the choices in my scripts. Being a part of the show was extra special for me since I have a young niece who watches the show. I got to even create and name a character based on her which gets me a ton of athai (aunty) brownie points.

ELLE: Tell us about your experiences as an Indian girl working in Hollywood. Do you think the space has grown inclusive over the years?

VI: It’s a mix. I’ve had mostly great experiences with the folx I’ve worked with and the projects I’ve been on, but I’ve definitely had a handful of less-than-ideal experiences. I wouldn’t describe Hollywood as a whole to be very inclusive at all; however, there are so many fantastic Asian, Black, Latinx, Indigenous, Middle-Eastern minority writers, directors, producers, journalists and editors who are all working insanely hard together to make this industry more inclusive for us and the next generation of creatives. We all do what we can because we know the power of telling stories on screen and the real-life impact it has on people across the world.

ELLE: The pandemic has changed audiences’ taste to a large extent. How are you adapting to this change, and what are some things you are looking forward to in the year.

VI: The pandemic has been really tough, especially for live-action productions. I’ve been mostly working in the animation space, and the audience’s demand luckily has been as great as ever for that. I’m writing on Solar Opposites on Hulu right now, and the show is fantastic. I was a fan before I even joined the writing staff. The big difference right now is that audience wants fun, optimistic and silly shows since the world around us is quite grim. I’ve always loved fun, silly, optimistic shows, so I haven’t had to change my approach to writing that much.

I’m looking forward to being vaccinated! In my work, though, the new season of Solar Opposites came out earlier this year, plus I co-wrote a film called Kanya with director Apoorva Satish, and it’s going to be playing at festivals this year. I also have been working on a new animated project that I can’t talk much about at the moment, but I’m really thrilled about it! And I can’t wait to travel and see my family soon – I wasn’t able to go home last year because of the pandemic.