The wait is almost over. Following a close to four-year hiatus, Karan Johar is back with one of his most anticipated shows, Koffee With Karan. The teaser that was released recently revealed some of the celebrity pairings that are making an appearance this season including Ranveer Singh and Alia Bhatt, Varun Dhawan and Anil Kapoor, Sara Ali Khan and Janhvi Kapoor, Ananya Panday and Vijay Devrakonda, among others. The common factor among all the celebrity couples gracing the KWK couch tho? They’re all co-actors from upcoming films, mostly from Karan’s Dharma Productions. So it just seems like a promotional stunt, which TBH is slightly underwhelming.

Koffee With Karan is known for several things over the years–KJo’s OTT fashion, the flamboyant yet elegant set design, the Rapid Fire Round, the coffee hamper, and of course, the infamous controversial statements. But most importantly, the stars that grace their presence, especially the unexpected duos. I mean, if there’s one person in the Bollywood industry who can turn foes into friends (and TBH, the vice versa is also true), it is Karan Johar. Ahead of KWK dropping its seventh season this Thursday (July 7), we look at all the off-beat and entertaining pairings that are set to make and have made an appearance on the show.

Of all the pairs we saw in the KWK Season 7 teaser, Akshay and Samantha are definitely the most unusual. As per reports, Karan is signing them on a movie together but nothing is official yet. Apart from a Kurkure ad, we haven’t really seen what their chemistry is like on-screen. And this just makes their pairing much more interesting than the others in the upcoming season. We already like what Samantha says in the teaser. “You are the reason for unhappy marriages. You have portrayed life to be K3G. In fact, the reality is KGF!” If this episode will feature more truth bombs like this one, we’re bookmarking it for sure. 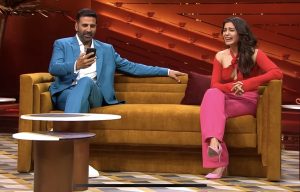 This was the most anticipated episode of Season 5. The only common link between the two is Deepika Padukone, which is what had fans so eager to watch how things pan out. But we have to admit, Ranveer and Ranbir were so comfortable with each other and that showed. From their honest candour regarding their love life, breaking into dance sequences, and showing their super competitive spirit during the coffee quiz to taking Karan’s case, both left no stone unturned in entertaining us. But it was only later that we learned that Ranbir never wanted to be on the show and was forced to come. He had reportedly said, “I told Karan I don’t want to come in…He is making money out of us. We come and we get screwed through the year. It’s not right.” His revelation came as a surprise as this episode was touted as one of the best of the season! It shall also be known that Ranbir won’t be making an appearance this coming season. 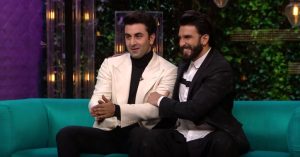 Karan kept the best for the last. The sixth season’s finale was graced by two female powerhouses–Kareena and Priyanka. It was a very controversial pairing given the fact that the two have made rather snarky comments on the Koffee couch in the past. But in one of the segments of the show, they also addressed the venom they were spewing at each other back in the day and laughed about it. It’s safe to say they buried the hatchet long ago. Although their pairing is unconventional, the duo has a lot more in common than meets the eye. For instance, they were both proposed to in Greece by their respective husbands, which was an interesting thing we learned on the show. From Kareena expressing her honest thoughts on Taimur’s fame to Priyanka talking about her transition to Hollywood, the episode was definitely the best way to end that season. 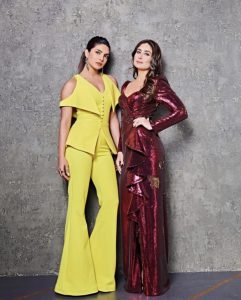 Karan brought Bollywood’s powerhouses in one episode in the very first season in 2005. Back then, Shah Rukh was promoting his film Main Hoon Na, whereas Amitabh’s Black was also due to release. An avid fan of the show would know the most entertaining part during this episode. For the uninitiated, here’s what went down. During the rapid-fire round, Karan Johar asked Amitabh what is the one thing of his that Shah Rukh doesn’t have. He candidly said, “My height,” adding that Shah Rukh’s quick thinking is something he doesn’t have either. When Karan asked Shah Rukh what is something that he has that Amitabh does not, Shah Rukh gave it back with a funny reply and said, “A taller wife.” But he didn’t soften the blow by adding, “Just about… I think.” And also added that Kaun Banega Crorepati was one thing he wished he had. After all, SRK is known for his wit and TBH, if anyone could give Amitabh Bachchan a response like that, even as a joke, and get away with it, it was Shah Rukh. 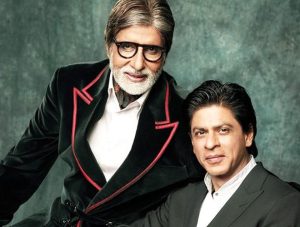 Varun and Katrina haven’t worked together on any film as co-stars, and yet we were glued to our screens till the very end. Things we discovered about them? How Varun and Arjun Kapoor created an I Hate Katrina Club during Maine Pyaar Kyun Kiya to get Salman Khan’s attention, and not hers, and how Katrina likes to shop off people and not stores (she stole sunglasses from Varun). While Varun has always been quite upfront in interviews or talk shows, Katrina also upped the ante and brought her A-game with good responses to some of Karan’s gossipy questions. On being asked about her equation with Ranbir, Alia and Deepika post her breakup with the former, she was very respectful to each in her answer and handled it with utmost sophistication. Varun, on the other hand, confirmed his long-term relationship with Natasha Dalal and admitted he wished to marry her. Ranbir made his debut on Koffee With Karan this season along with Imran Khan. The common thread tying their pairing? The fact that they were the upcoming stars in Bollywood that year. Although it was an unusual pair, it was a pleasure to watch them both smartly take on Karan’s questions. However, the two did get into trouble for their controversial comments about Sonam Kapoor. And if you watch this episode again, you’ll also realise that Ranbir kinda predicted Imran’s retirement from acting. Ranbir has said he’s “the kind of person who, at the peak of his career, would probably leave it.” 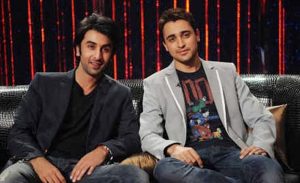 Like we said, Karan has the knack of getting frenemies on the couch. For season four’s finale, he paired Alia with Parineeti on account of popular demand by fans. This was the former’s second appearance on the same season. The reason Karan brought them together was because of Alia’s snarky comment on Chopra with respect to her sense of style in a previous episode. Alia had said, “I do not want to offend anyone, but Parineeti Chopra needs help with her fashion sense.” But Parineeti didn’t take this to her heart. Instead, she agreed with Alia’s suggestion and said, “So true, I need them (styling tips). I’m learning and getting better, though.” Despite all the differences, it was a treat to watch them on the show–they were less catty, more chatty, and we loved that. 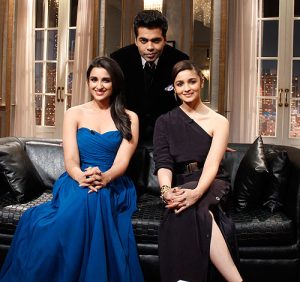