Conjecture may be only Karan Johar’s favourite word, but speculation is a pastime the entire internet loves. From film stars being government operatives and pop stars turning into lizards to fake deaths and Illuminati control— there is no shortage of conspiracy theories surrounding the entertainment industry. While reptilian celebrities might be pushing it a little too much, I have to admit, the facts attached to some conspiracy theories are hard to dismiss. Here are 5 theories surrounding celebrity relationships that will have you raising an eyebrow:

Celebrity Relationship Theories That Will Blow Your Mind

1. Leonardo DiCaprio Only Dates Women Under 25 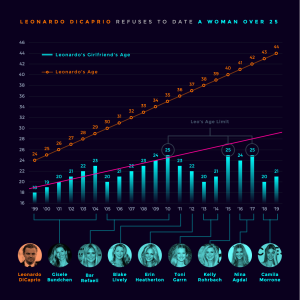 Leonardo DiCaprio’s career and accolades may have grown over the years but there’s one thing that’s remained constant throughout it all—the age of his girlfriends. The star’s love life was all over social media last week when he broke up with his girlfriend Camila Morrone just as she turned 25. Over the past twenty years, Leo has been publically linked to eight different women, with one common underlying pattern—all his relationships ended before or just as his partner hit the quarter-life milestone.

It’s not just the internet that’s noticed the trend, when co-hosting the 2022 Academy Awards, Amy Schumer joked about Leo’s habit of dating much younger women, “I mean, Leonardo DiCaprio—what can I even say about him? He’s done so much to fight climate change and leave behind a cleaner, greener planet for his girlfriends, because he’s older, and they’re younger. You get it.” Twitter also poked fun at the fact that Leo will have to break up with his romance drama Titanic as the film will be turning 25 later this year.

Tom Cruise’s marriages to Mimi Rogers, Nicole Kidman and Katie Holmes— all ended when each lady turned 33 years old. While most believe it to be a coincidence, some think it has a connection to Scientology. Tom Cruise’s controversial connection with the Church of Scientology is well-known, and it is suggested that his divorce pattern may have something to do with the number 33 being the ‘Master Teacher’ in Scientology, which represents altruism and raising mankind’s positive energy. 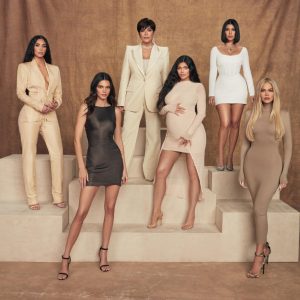 The Kardashian Curse is the term used to describe the bad luck that seems to follow the men who get romantically involved with these famous sisters. “The Kardashian curse is every male figure that comes and dates a Kardashian. Their life kind of just goes downhill after that,” Kylie Jenner pointed out in a June 2016 episode of KUWTK. Kim Kardashian’s estranged husband Kanye West is the best example of the reported curse. Other men include Lamar Odom, Scott Disick, Tyga, Kris Humphries, French Montana and more. 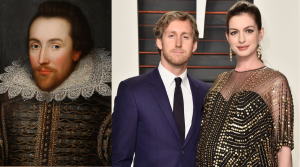 Whether you believe in rebirth or not, this theory will surely have you doing a double take. The internet is convinced that actress Anne Hathaway’s husband Adam Shulman is a reincarnation of none other than the late poet and playwright William Shakespeare. Not only do they look very similar but turns out, Shakespeare’s wife’s name was also Anne Hathaway. 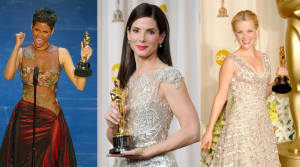 The Oscar Love Curse is a superstition that the actress who wins the Best Actress or Best Supporting Actress Academy Awards will experience a break-up or divorce with their partners shortly after. It may sound bonkers but the numbers will surprise you. In the past, 41 Best Actress winners and 23 Best Supporting Actress winners have experienced the ending of a long-term relationship after their victory including Halle Berry, Sandra Bullock, Reese Witherspoon, Kate Winslet, Charlize Theron, Jennifer Hudson and Rachel Weisz. Just a coincidence or something deeper?

Also, read about 10 Iconic Roles That Were Almost Played By Other Actors