If you think the EDM scene is stuck in the 2010s era with predictable beat drops or music that transports you to outer space, or think that dance music is born from computer software as opposed to instruments, then you’ve got a lot to catch up on. Dance music has evolved, techno in specific, and has a community of people who genuinely enjoy it. And one of the EDM artists that has bagged a massive fan base is Steven Zhu–globally known as ZHU, who shot to fame after the release of his track Faded in 2014.

When I asked the songwriter and song producer what he thinks about people who don’t consider EDM to be “real music,” he says, “I think they shouldn’t have an opinion.” Savage, but you have to love his response.

For ZHU, dance music is a work of art. The Asian-American electronic musician strongly believes that orchestration and arrangement is key to a successful track. And that’s what his prime focus has always been. In times when social media has created a trend of recognising both the art and artist, ZHU wants the former to have the limelight. And that’s the reason he maintained anonymity when he released his tracks initially.

ZHU has paved the way for his genre by bringing in aspects that aren’t completely recognised by many. From undergoing vocal training to sing live on stage, to being one of the first artists to incorporate a band along with his set, the artist has unlocked the secret to attracting the crowd whether they do or do not belong to the category of people who enjoy EDM. “I play instruments and I write with instruments. I want to make sure people are connecting with people, not just a machine,” he shares.

Now, the artist is all to set to make his India debut at Lollapalooza and fans are excited! Ahead of his much-anticipated performance at the upcoming festival at the end of this month (January 28-29), ZHU reveals some of the tracks he’ll be performing on stage, besides sharing his creative process, fascination of EDM and more.

ELLE: What drew you towards the EDM scene?

ZHU: Dancing and moving our bodies is a primal thing that exists in every culture and the type of music that could do that fascinated me.

ELLE: When did you first learn of your fascination for EDM? Was it any particular instance?

ZHU: I remember stumbling into the Sahara tent during one of the early Coachellas and seeing Deadmau5’s first cube show. It was probably one of the dopest visual shows I had seen in my adolescence. The crowd, the energy and experience was so new to me, and to see everyone dancing and moving was just pretty captivating to me. The entire culture behind dance music is a big reason people get into it. 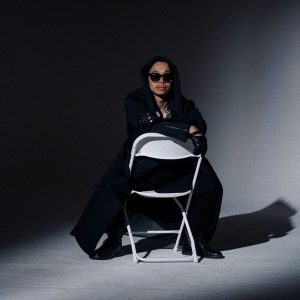 ELLE: How did you decide that this was something you wanted to do?

ZHU: I grew up playing keyboard and horns. For me, I knew that I would be creating and performing music somehow no matter what. I was born to innovate and think differently. Electronic music was revolutionary in the late 2000’s. Jim Morrison predicted that one man with a bunch of machines would be the main attraction one day.

ELLE: Could you tell us about an instance where you were the most proud about choosing EDM music as your career?

ZHU: The moment I did my 10th sold out Red Rocks show in November. It’s pretty legendary doing that legendary venue over and over again and having fans excited for the next chapter.

ELLE: Could you tell us more about your creative process and what it entails?

ZHU: I am a designer, visual creator and an experiential creator. I try to catch lighting in a bottle. I put myself into an environment that I envision the music to live. Lately, I’ve been designing a fashion line and my recording studio is in my fashion studio. I’m making music and I see models walk to my music. I see the way they move to the music. I see the way they walk to it. I understand how the music works with the fabrics. I understand that it gives them confidence.

ELLE: I know you can’t reveal the entire set list for Lollapalooza India but is it possible to share a couple of tracks people will get to listen to?

ZHU: Sure. There’s Came For the Low, Faded, Working For It.

ELLE: How do you manage to keep the crowd hooked for one whole set?

ZHU: I’ve developed into a storyteller and with dance music, the fan-artist relationship is sometimes mutual.

ELLE: While producing your music, how do you know if what you’re putting together will resonate with people or not?

ZHU: No one knows if a hit is coming or going but I feel like I’m tapped in. I’m in the streets. I make my music. I collaborate with other artists, and we try to catch a wave. My music isn’t manufactured in a factory so I’m really fluid and in the moment with the stuff I make. I want my music to be relevant and timeless.

ELLE: The energy of your audience can keep increasing and decreasing while performing live. How do you ensure they stay connected to your music?

ELLE: A message for all your Indian fans.

ZHU: I can’t wait to connect with all of them.

ZHU: I’ve been in the studio recording new music…I’m excited for 2023.

If you’re looking to buy tickets for the very first edition of Lollapalooza in India, head to bookmyshow.com.