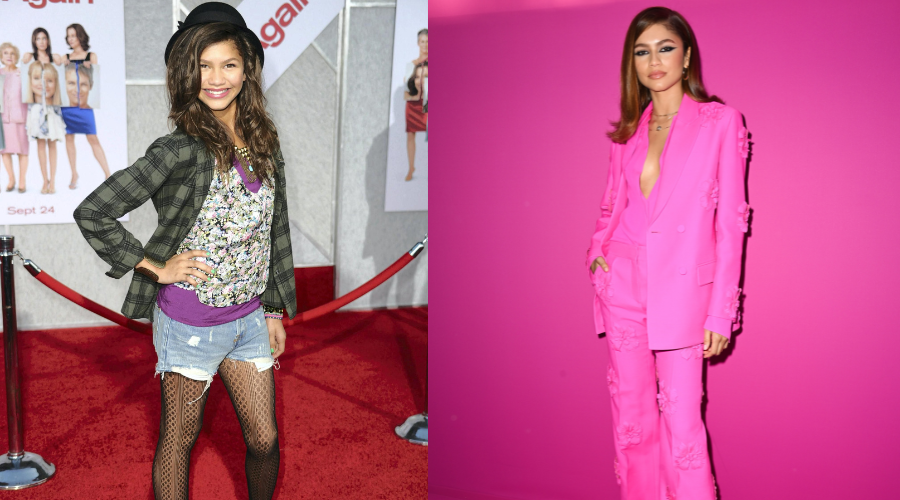 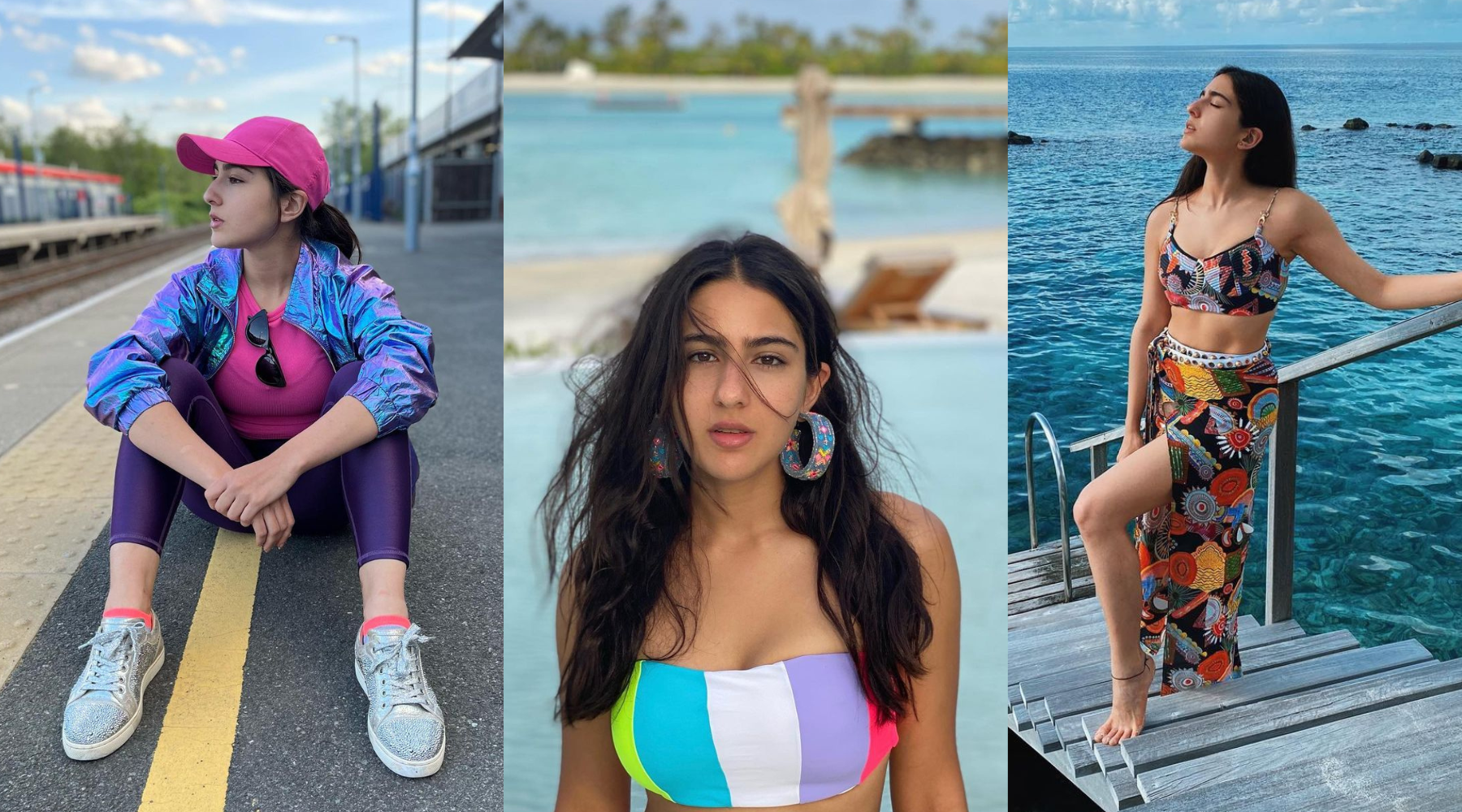 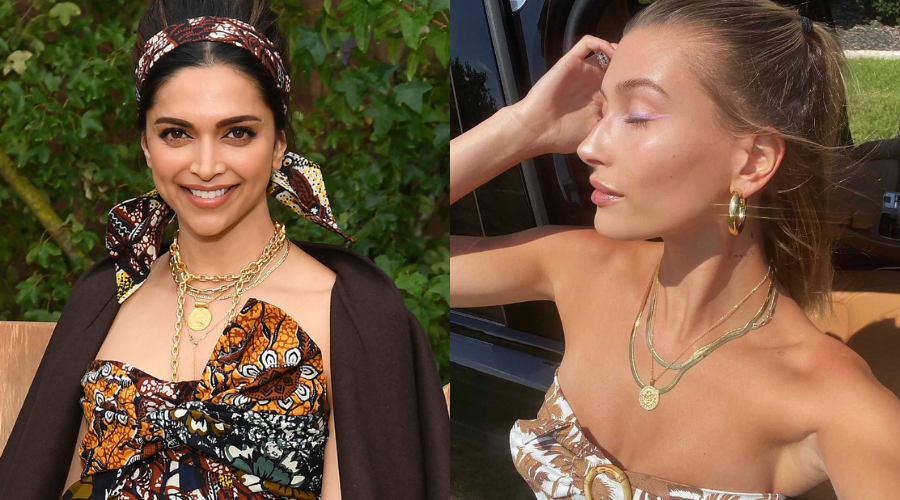 Interviewing someone like Michele Morrone comes with its own set of challenges. What do you ask a global superstar, who shot to fame during the pandemic, playing a mobster and a kidnapper on-screen?! Don’t answer that; we have it covered! When the Italian movie star and self-taught guitarist (he has his own YouTube channel dedicated to music) sat down with ELLE for his India-exclusive fashion magazine interview over a Zoom call, we were expecting to be charmed, and rightly so. Talking to us while on his way to a studio recording, we caught him right in the middle of his hustle: a vibe that also best describes him. He is a man with a focused dream. Over to him. 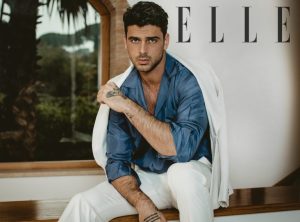 ELLE: This is your first interaction with your Indian fans. Are you excited?

Michele Morrone (MM): They told me I have a huge fan base in India, so it’s super exciting (laughs).

ELLE: Well, that’s absolutely true. So, tell us a bit about last year. You attained global fame in the midst of a pandemic. How did that feel, and did you learn any truths about yourself during the time?

MM: It was incredible. My name was getting bigger and bigger, but I was stuck right at home. But the one thing that I learned is to listen to others and yourself. I’m also starting to take some time for myself. I have always thought that I am only happy when I work but that is not true. Working also brings with it a lot of stress, be it when I am acting or when I am making music. So, I am balancing it by living in the moment. For example, yesterday I was in my garden, in my house, and I simply enjoyed the silence, the garden and the sun, not thinking about anything, just listening to music. I have always been this person who thought that by doing nothing I am wasting my time but I am unlearning that. Not doing anything is good. It’s like charging yourself. 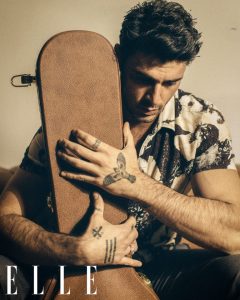 ELLE: Talking about acting, we’ve heard that a Harry Potter film inspired you to get into acting. Is that true?

MM: The first Harry Potter film came out when I was 11 years old, and I was fascinated by the magical world. I remember thinking to myself that I want to be a part of this world, and the only way I can be is through cinema. So yes, Harry Potter was the inspiration for me. Also, I have always been this person who thought he could be whoever he wanted to be in life. But you cannot do that. There are rules to be followed. But with movies, I could do that. I could dream and be whoever I wanted to be.

ELLE: You’ve spoken about how hard it was to get into the psychological frame of mind while playing Massimo’s character in 365 Days. Tell us about that process.

MM: Massimo’s is someone totally different from me. It wasn’t easy to act like a Mafia guy. You know I am not a Mafia sex addict, right? (waits for me to nod). The role was exciting because, during this process, I understood the psychological aspect of a person who has issues with his anger and what it’s like to be around them. 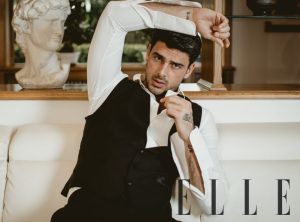 ELLE: Do you fear being stereotyped?

MM: No, for me, the most important thing is loving what you do. It doesn’t matter who you’re playing as long as you are in love with the story. Having said that, I’ve always liked to work with complicated characters. I would love to have the opportunity to play a part of a guy who is speechless and just act with my eyes or my gesture.

ELLE: That does sound interesting. You celebrated the big 3-0 last year. How does it feel? Are you at the place you’ve always wanted to be?

MM: Yes, right now I’m in a place that I always wanted to be in. Sure, it took me 20 years to get here, but it doesn’t matter. The important thing is I am here right now.

ELLE: That’s true. So, do you see yourself acting forever? If not, what are some of your other dreams?

MM: Yeah, I see myself acting forever, but I also see myself changing forever and opening the doors to other things. Acting is part of me, it is my passion, but tomorrow, I could wake up and have another passion. So, who knows? I don’t like to have my life all planned out. I like to also leave room for being spontaneous and follow all my dreams. 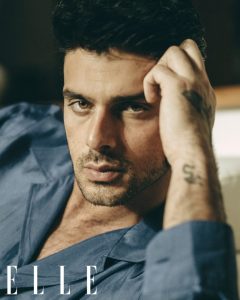 ELLE: Over the years, have you been able to strike that work-life balance everyone is always talking about?

MM: Yes, I have. I now have the opportunity to say no to things. Earlier I couldn’t, and now I have reached a stage where I respect myself and think about whether or not a job is correct for my career. Life is not only about money. It is also about respect.

ELLE: We love seeing photos of you with your boys. Tell us about fatherhood.

MM: Well, it’s actually the most difficult job. My kids are seven and three years old, and they don’t know anything about life. They’re like sponges; they just absorb everything that you do and say. So, you have to be really, really, careful. The most important thing that I am teaching my kids is to have passion. I am not the kind of parent who would want to push them to be a doctor or a lawyer. I just want them to be passionate about what they do. 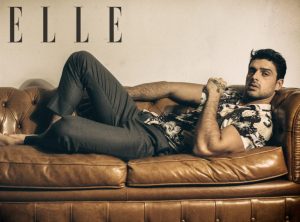 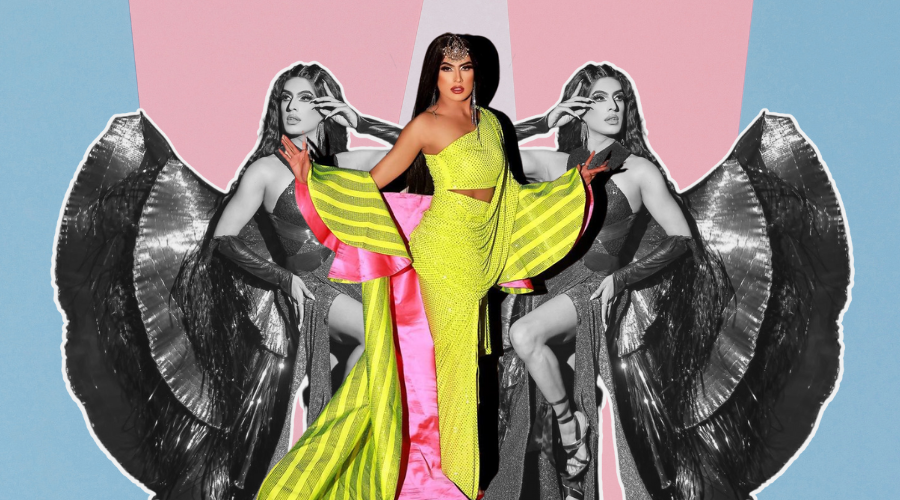 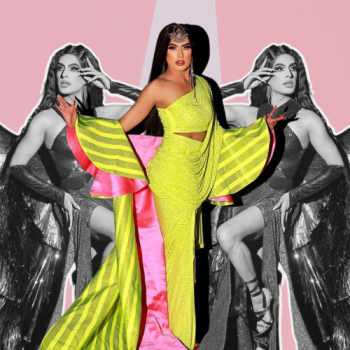 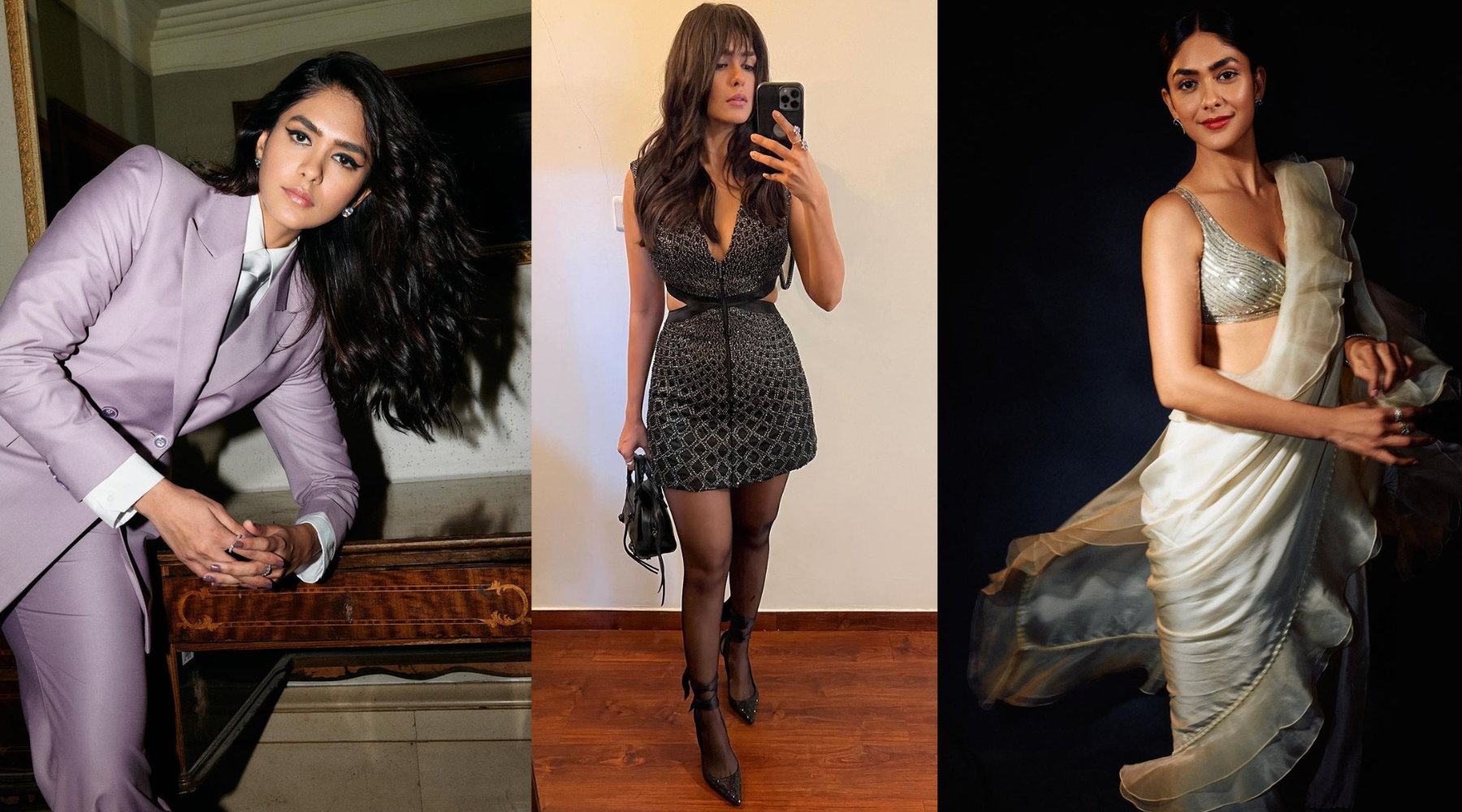 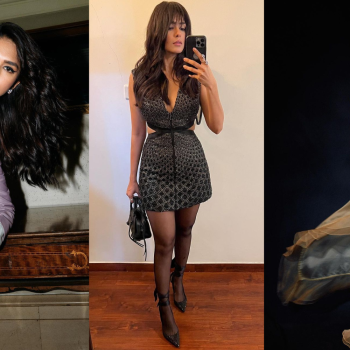 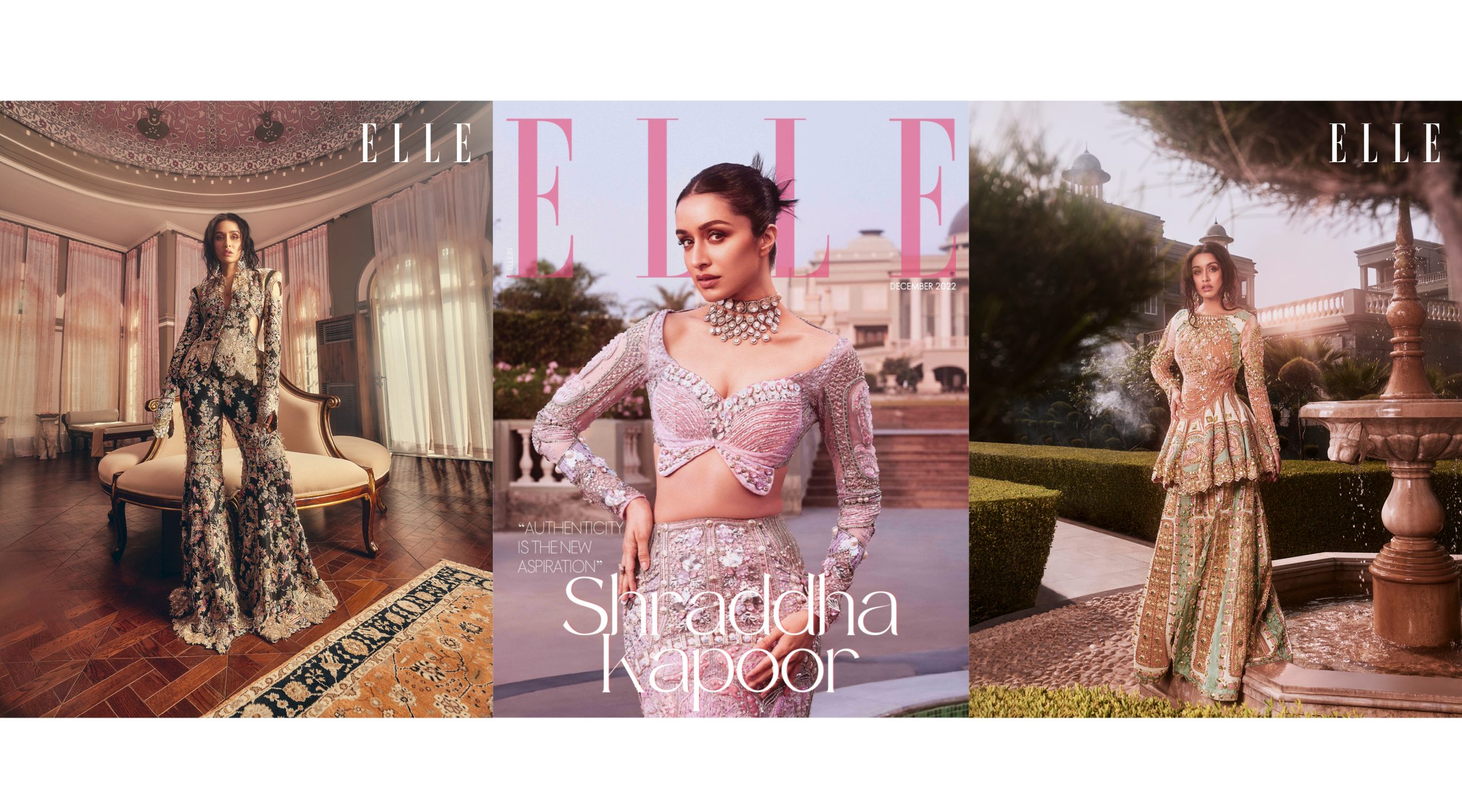 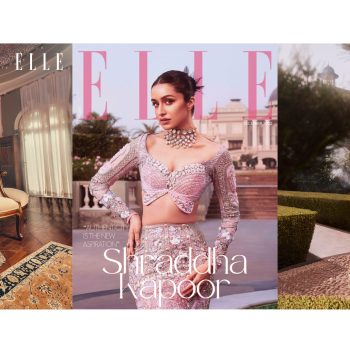