Exploring The Journey Of The Humble Jeans

A pair of jeans is the most versatile garment in our wardrobe — from a Monday morning meeting to a lazy Sunday brunch, the humble pair can be accommodated for any occasion, time no bar. Whether it’s ripped, embellished or embroidered, blue jeans guarantee to never let you down. Pair a skinny pair with a crop top and a choker for an evening do like Jacqueline Fernandez, or flared ones with an oversized white shirt for a day event like Malaika Arora, and not once will you be called not trendy.

The question, however, is this — where did the pair of jeans originate from? We put together a timeline to trace the evolution of jeans.

One of the most fashionable garments had quite a modest start. Referred to as overalls back then, the blue jeans received a patent in 1873 when Jacob Davis, a tailor, improved the durability of jeans by adding rivets to the areas that tended to get more worn out. Jacob, however, did not have the dough to apply for the patent application, so he approached a successful salesman, Levi Strauss — the popular denim brand we’re all well acquainted with today — who partnered up with the former and received the patent. This worked out well for the coal miners of California, who immediately adopted them as their uniform. So there we go — the skinny jeans the bourgeoisie loves today were actually the go-to pick for blue-collar workers.

Almost another generation later, jeans became a symbol of rebellion, thanks to American actor James Dean’s movie Rebel Without A Cause. His style of pairing a straight-fit dark blue pair of jeans with a white shirt became so famous that jeans were banned in public spaces like schools and restaurants. They were mostly seen as a menswear garment, and when worn, they were folded upward around the ankles.

Slowly, the notion of jeans changed and they started becoming more acceptable. Brands like Wrangler introduced jeans for women, which was a first.

The trend from the ’60s continued on to the ’70s — jeans were now the epitome of fashion. Whether they were bell-bottomed or decorated with beads and embroidery, donning a pair had become a symbol of non-conformity. As it is with western influences, jeans in India were gaining popularity too, but they were not readily available. Indians had to wait for their relatives and friends who lived abroad to get them one, preferably Levi’s.

A variety of jeans were now available in the Indian market. The style, however, had shifted to baggy, low-rise jeans, inspired by the hip-hop and skateboarding subculture, to name a couple. One remarkable moment from the ’90s was Alexander McQueen’s introduction of the aptly-named Bumster jeans, which were tight-fitted as they hung low on the hips.

The millennium was the phase of experimentation — every permutation and combination was tried out, right from styles like mid-rise and boot-cut to ones with tie-dye and lace-up sides.

Today, one of the most popular style is the skinny fit with ripped knees. Other dominant styles include boyfriend jeans (loose and baggy), straight leg, boot-cut, cropped, flared, low-rise, cigarette, distressed — the list goes on. Needless to say, investing in one is the best decision you will ever make.

Here’s how your favourite celebrities are pulling off denim: 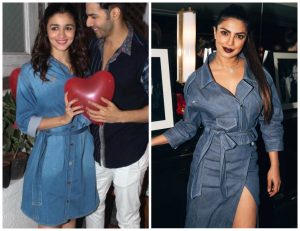 As effective as it is simple, bring back the humble denim dress and know that you are in good company: Alia Bhatt wore her Zadig & Voltaire number with understated make-up and a Varun Dhawan on her arm. Priyanka Chopra took her Carolina Herrera trench coat dress from day-to-night with vamp lips. 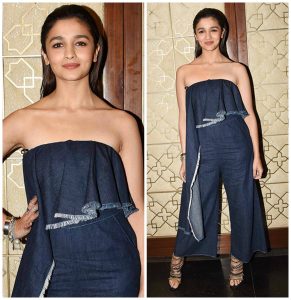 In the stickiest season of the year, Alia Bhatt’s Lulu & Sky ruffled jumpsuit promises comfort. And just the right amount of skin to get you an all-access pass into clubs at night. 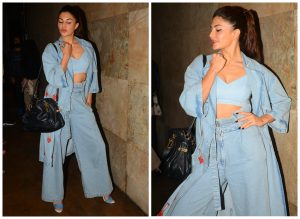 Give a girl some denim, and she’ll turn right around and ask you for more. Jacqueline crumpled up the doctor’s prescribed daily dosage and threw together denim flares, a bralette and an oversized trench from Ikai by Ragini Ahuja. More is definitely more, this season. 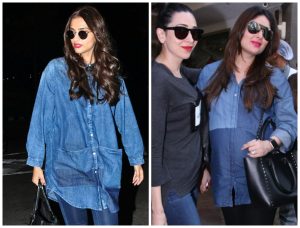 If you must go back to basics, swap your denim shirt for a lengthy buttondown from Bhane, and you might just bump into Kareena Kapoor Khan and Sonam Kapoor in the checkout queue. 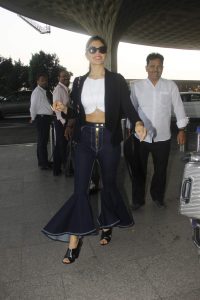 Dial up the drama with a pair of mega flares, à la Jacqueline Fernandez. Bell bottoms are back and it’s officially time to start worrying if we’re stuck in a time warp. Reward yourself for punching in overtime at the gym by throwing on a crop top to flash ‘em abs. Or borrow an oversized shirt from your man for a more laidback vibe. 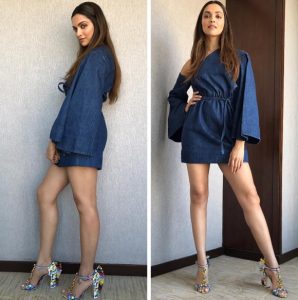 If you’ve got the gams for it, then you’d better flaunt it: Deepika Padukone would personally like to attest to the virtues of a good ol’ fashioned denim mini. But with oversized cold shoulder detailing, because life is too short for wearing both sleeves. 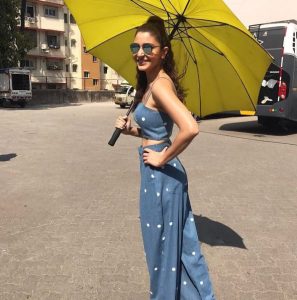 When you’re happy and you know it, throw on a pair of denim separates and a sunny smile to match your cheery umbrella. Masaba Gupta’s denim line is heaven-sent for those who just can’t look ripped jeans in the eye anymore. “My prints translate really well onto denim, so I decided to do a whole range for the summer,” explains Masaba. Not one pair of frayed jeans in sight. 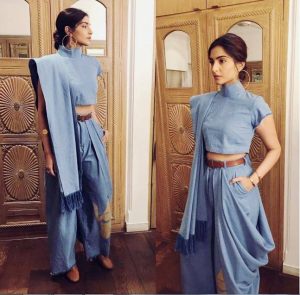 …For those days when your parents want you to attend that family dinner, but you’d much rather hold on to your street cred, thank you very much. Sonam Kapoor’s draped denim sari created an online sensation and inspired designer Masaba Gupta to spin an entire collection around it. 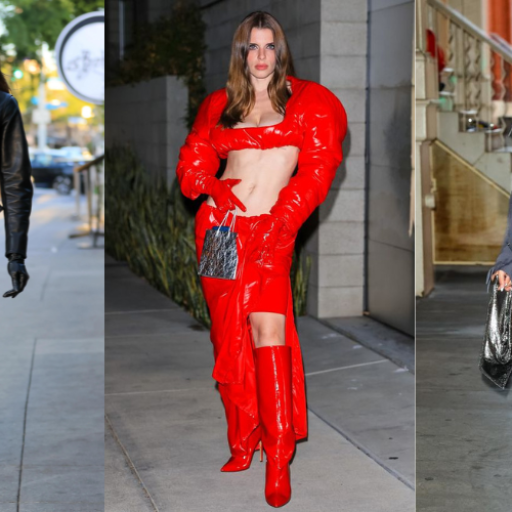 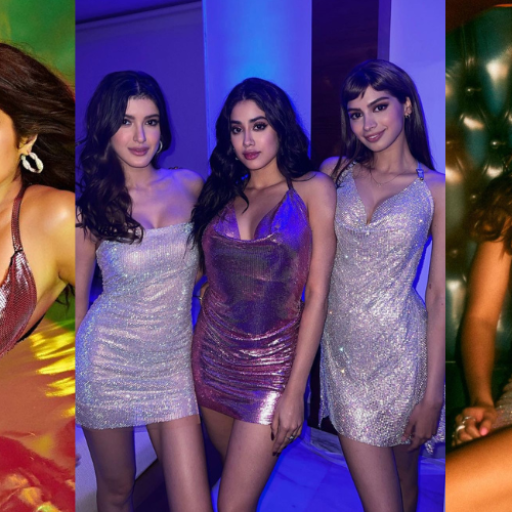 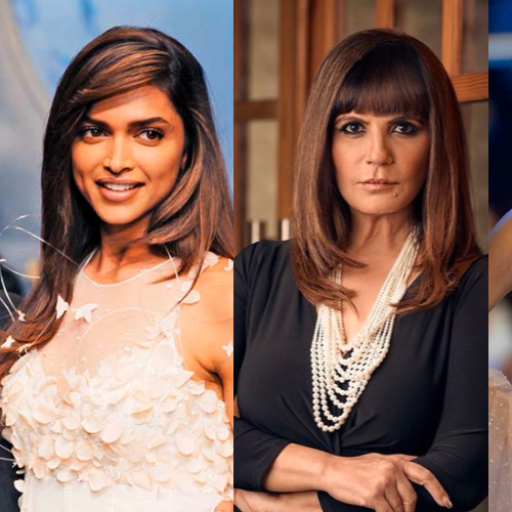