Ah, the path of true love is never smooth, even more so when you have an audience of millions watching your every move, and talking, writing or tweeting about it. These books about reality tv dating shows might not be televised, but they will keep you entertained and occupied till the next rose ceremony.

If The Shoe Fits by Julie Murphy 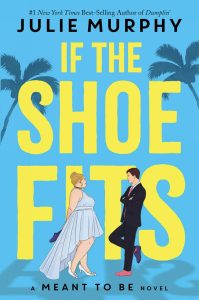 Fresh out of design school with a degree in shoe design, and without a job, Cindy returns to work for her step-mother, who just happens to be the executive producer of the popular reality dating show, Before Midnight. When a spot on the show opens up and needs to be filled ASAP, Cindy volunteers, thinking that her time on the show might just help raise her profile as a budding designer. Instead, Cindy turns into an overnight body-positive icon, who has to battle the haters and the contestants, as she might just be the favourite contestant to win the lead’s heart and walk away with more than just the grand prize.

The Charm Offensive by Alison Cochrun 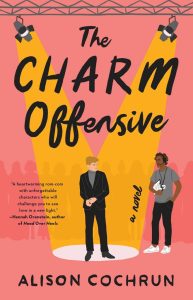 Dev Deshpande believes true love conquers all, which is helpful since he is the producer of the widely popular reality dating show Ever After. Dev consistently scripts the perfect love story every season, until the very reluctant Charlie Winshaw turns up as its star for the new season. Charlie doesn’t believe in love, he only agreed to appear on the show in a bid to rehabilitate his image. Anxious and stiff both off and on camera, Dev connects with Charlie in a bid to get to know him better, only for Charlie to realise that he has far better chemistry with Dev than the women vying for his attention. With love brewing behind the camera in this season of Ever After, which love story will the viewers get to see?

One To Watch by Kate Stayman-London 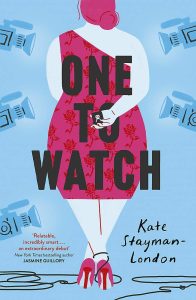 Bea Schumacher is a successful plus-size fashion blogger who, like the rest of the world enjoys watching Main Squeeze, a widely popular dating reality programme. So, when she gets an opportunity to participate as the bachelorette on the show, she doesn’t hesitate. Determined not to fall in love with the entire world watching, Bea decides to focus on using the show to promote her blog, body positivity and maybe enjoy the many perks available to her on the show. Thats it. But when the cameras start rolling, Bea gets caught up in a whirlwind of emotions, especially when she starts falling for the suitors who are vying for her affections and re-discovers herself with the audience watching.

Music for Wartime by Rebecca Makkai 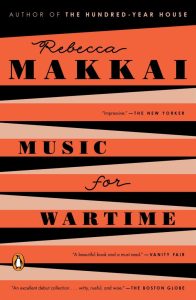 In this anthology of short stories, The November Story, stands out for its portrayal of the zealousness with which producers on reality shows go to hook on audiences. The narrator is the show’s producer who is on the look out for prize stars, “crazy enough for great tv but not crazy enough to destroy a camera with a baseball bat.” She finds her stars and manipulates two contestants into falling in love while her own unravels like a ball of wool. Raw reality tv at its best!

And, for those who really do miss watching The Bachelor for all the drama, here is a tv show that captures just how scripted your unscripted dating show really is: 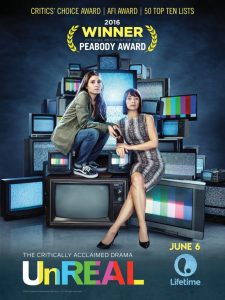 Fans of The Bachelor, if you’ve ever been curious about how unscripted the reality show really is, you might just want to check out UnReal. A dark comic masterpiece about all the drama that takes place behind the scenes of a reality dating competition series. The show within a show is run by two women, Rachel and Quinn, who live for their jobs. They don’t always make the best choices; instigating the participants to create the outrageous drama that reality shows promise, but that’s one of the reasons why watching them work is so enjoyable.