From the deep annals of India’s cultural history, comes a genre of books that give the folktales, legends, and lore a new platform. Written by Indian authors, this cultural inheritance gets an illuminating transformation into engrossing contemporary fantasy story-telling where the villains are many and the heroes, few.

The Star-Touched Queen by Roshani Chokshi 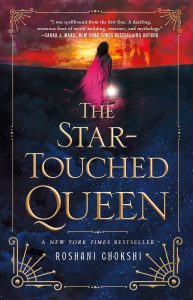 What does it take to be a queen? Especially, when you are just seventeen, and your horoscope promises that death and destruction will follow your every step. Maya soon finds out when she is married off in a political alliance to Amar, the king of Akaran. But, Akaran is a kingdom of secrets, and Maya discovers a parallel world — thousands of locked doors, gardens of glass, and a tree that bears memories instead of fruit, which offers more questions than answers, and she soon suspects her life is in danger.

The Library of Fates by Aditi Khorana 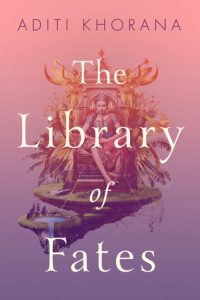 Princess Amrita offers herself as a bride to Emperor Sikander to save her country, but instead, he holds her captive and destroys it. Alone and captured, Amrita befriends Thala, the emperor’s enslaved oracle. When Thala tells her about the Library of All Things, where it is possible to learn the skill to reverse their fates, Amrita is determined to find it. Along with Thala, she embarks on the quest, to regain her lost country.

The Tiger at Midnight by Swati Teerdhala 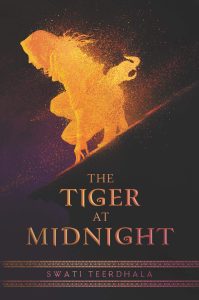 Esha and Kunal are locked in a deadly cat-and-mouse game of which only one will survive. Esha is the Viper, a highly skilled assassin for the rebels, hired to kill General Hotha, and Kunal, the general’s nephew, is a trained soldier, sworn to protect King Vardaan. When they cross paths, tension and questions emerge, revealing that they are just pawns in a game of chess played by the very people they trust. Vividly imagined, and rich in action, this YA novel is the first of the three in the series with incredible world building entrenched in Indian mythology.

Hunted by The Sky by Tanaz Bathena 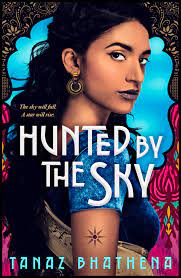 In the kingdom of Ambar, girls with a star-shaped mark disappear without trace, but not Gul. She has learned how to protect herself and hide the mark, which caused the death of her parents on the orders of King Lohar. When the Sisters of the Golden Lotus rescue her, Gul begins her training as a skilled magical warrior to avenge her parent’s death. Inspired by Indian and Persian mythology, the book set in Medieval India is a gripping adventure novel that will keep you up way past your bedtime. 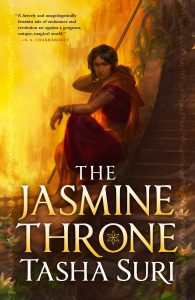 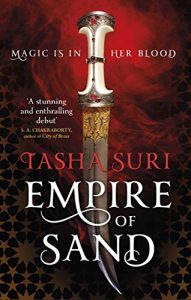 Suri’s strength in drawing her inspiration from India’s cultural history to re-tell the stories in a far more fantastical manner with contemporary accents, sets her books apart in shelf of fantasy inspired by Indian mythology. In her first, she taps into the vast reserve of the history and culture of India’s Mughal Empire era, where Mehr, a nobleman’s daughter with magic in her blood carries within her the power to vanquish an empire build on the backs of the enslaved. In her second, The Jasmine Throne, Malini, a princess is locked in a temple by her evil brother Chandra. Her only company is the maidservant Priya, who possesses forbidden magical powers. Together, these two embark on a risky crusade to not only save their kingdom, but themselves.