We enter a warm room, a welcome respite from the chill outside. Once changed, we get into the sauna room with wooden benches and hot stones in the centre that take the spotlight. The temperature hovers at about 80 degrees centigrade, hot by all accounts. Several women sit around, chatting, sipping on
water, and occasionally pouring water on the hot stones which causes them to sizzle. We work up a sweat and then head out, reluctantly taking off our towels and gingerly climbing into a cold pool. We waddle around furiously to feel warmer, in sharp contrast to the Helsinki city skyline calmly painting a beautiful picture in the background. 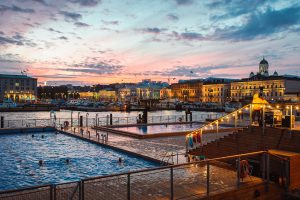 Then, our guide suggests a dip in the waters of the Baltic Sea, the water of which sits at a chilling 17 degrees. We gather our courage, and volunteer. The water
is icy and once we get in, we can barely feel our limbs for the first few minutes. After that, the cold has nothing on us. We strut back to the changing rooms, the towels now a mere accessory. Of course, we make a quick stop back at the sauna to thaw. That was my introduction to the very popular Finnish concept of sauna. 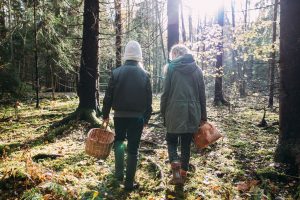 Everything about my Finland trip was a revelation. As a city kid, I was charmed by the idea that you could be in a forest if you drove for a mere 30 minutes in the capital city of Helsinki. Called the Central Park, this forest is where we went berry picking, an activity that had all of us fully grown adults excited as we went around popping raspberries, blueberries and lingonberries into our mouths. This was also where we were told about the Finnish concept of ‘everyman’s rights’- the law allows anyone living in or visiting Finland the freedom to roam the countryside, forage, fish with a line and rod, and enjoy the recreational use of natural areas. 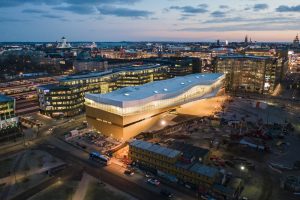 The city of Helsinki has a lot to offer. This is a place replete with statues, monuments and places of historical significance, the history buff in me was intrigued. I was particularly drawn to the cobbled streets. As we ungracefully walked on these, our guide Ulla explained that these were designed for horses and carriages drawn by them. So it wasn’t the wine I had for lunch that was causing me to stumble about, just to be clear. Those looking for gastronomical adventures will be spoilt for choice. There are Michelin star restaurants offering menus for everyone from vegans to those willing to try reindeer meat. Local eateries, fine dining establishments you’ll never go hungry here, no matter what your food choices are. I would also suggest dropping by Oodi the Helsinki Central Library which is more than what the name suggests. This is a massive space where the citizens of the city meet, work, interact and create. There’s a library, yes, but there are spaces to create and record music, to print on t-shirts, to make 3D objects or even just hang around with friends. Colloquially, the Finnish people refer to this as ‘The Living Room’, a term apt for the laid-back, happy vibe of the place.

We then flew further north to Rovaniemi where we were welcomed by our warm guide Salla and the cold arctic wind. We were officially within the Arctic Circle and if our geography was a little fuzzy, the weather ensured we knew. 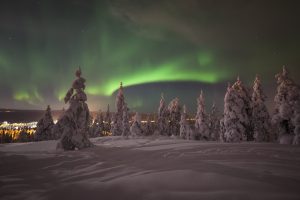 We visited Arktikum where they explained the history of the area, the flora and fauna and how they get through six months of the year when they do not see the sun. A video took us through the local folklore about what causes the Northern Lights and each tale was woven into the history of the place. Later that night, we went chasing the Northern Lights. This required us to drive about, moving to places where the sky was clearer. This was quite the adventure. Our guide Ryan pointed out where we might be able to see them, quickly gathering us into the van to drive to the place when there was an update about a spotting. We were mere kilometres away from the Swedish border that night. The Northern Lights did make an appearance but it was brief and faint. It was the next night when Mother Nature really put on a show.

The day started with a workshop with Irene, a lady who runs a local arts and handicraft store with a home that looked like it was designed to appease the eye of the Instagram generation. We then headed to the Bearhill Husky Kennel where I held a husky pup with blue eyes who wiggled his way into my heart. Later that night, we went to float on a lake. Hardly sounds like something you would want to do in cold temperatures but we had a suit to keep us dry. Once we were all zipped up, we floated around the lake and then we spotted the Aurora Borealis in all its glory. It was life-changing. 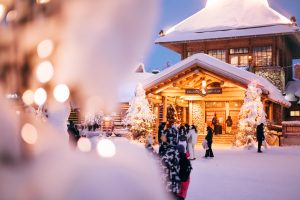 No trip to Finland is complete without a visit to Santa Claus village. And whatever your beliefs, once you’re here, it’s magical. Every visitor gets a few minutes with Santa Claus and I imagine for kids this would evoke plenty of squeals of excitement. The Santa Claus Village is everything you imagine it to be and then a little more. I left Finland with a full heart, a phone full of photos and memories of a lifetime.