I am a friendly person. I can talk to anyone, at times even when they don’t want me to. But it’s when I am sitting with my closest girlfriends that the lines of social decorum get extremely blurry. We discuss boyfriends and butt acne, cactuses and colleagues (sometimes, this is the same person) Safe to say, I would hate to lose any of these women to misunderstandings, fights or even if we happen to drift apart. But friendships can and do break. And friendship breakups are hard. I mean, did you buy it when they said Samantha just “moved” to the UK for her career? Pfft. And if you believe that, there’s a Nigerian prince I want you to meet.

Sonal Anand, Psychiatrist at Wockhardt Hospitals, Mira Road, says, “Mostly adult friendships break for serious reasons rather than trivial. Cheating, lying , stealing , misunderstandings, social media wars on religious and political ideologies..these could be some of the factors involved. Commonly adult breakups do seem unresolvable at that point of time and lead to a feeling of despair and hopelessness. Hectic schedules make meaningful friendships life saviours and losing out on such important people can make one feel hollow and even an emotional wreck.”

Given that our response to friendship breakups can have us dealing with a whole bunch of emotions, why are we so dismissive of the repercussions of it? Mehezabin Dordi, Clinical Psychologist, Rehabilitation and Sports Medicine Department at Sir H N Reliance Foundation Hospital says, “It is generally seen that people underestimate what a big deal it is for a friendship to end, without realising that friendship breakups are just as uncomfortable and sad as romantic ones. As important as friendships are, romantic relationships tend to get all the glory while platonic ones are undervalued. Without the hefty expectation of monogamy, people have a hard time ending friendships. To put it simply, friendship breakups are often more confusing and ambiguous to deal with as well- and more often than not the ‘rules’ of a friendship break up are often blurred. For example; You have to breakup with a partner in order to move on to someone new, but there’s nothing stopping you from avoiding a friendship breakup indefinitely, putting off the confrontation, and hanging out with others instead.”

Should You Just Get New Friends?

In Veere Di Wedding, the four friends have a falling out and promptly embark on a trip where everything is then sorted. This happens by way of drinking, smoking, laughing pointlessly and wearing designer clothes. Before we go ahead, I just want everyone to know that the movie was a terrible portrayal of female friendships or friendships, in general. And of females. But given that all of us cannot abandon our homes and jobs to make up with friends, should you reach out fo someone you’ve broken up with?

With friendship breakups, what’s okay and what’s not? Sonal Anand says, “That depends on the circumstances of the break up . Some friendships can be toxic and lead to more harm rather than happiness. It’s important to assess the situation and decides accordingly. If the matter is trivial then definitely one should reach out and ask for a second chance.” Mehezabin Dordi says, ” I’m a firm believer in giving a person the benefit of the doubt but it is important to check in with yourself about the motive of reaching out. What is it that you’re trying to achieve by reaching out to them and would it yield any fruit? It would also be beneficial to reflect back on the circumstances and points that caused the rift in the first place. it is important to try and get onto the same page as your friend. If your friend chooses to respond- It would be a good idea also clear some of the possible misunderstandings or communication gaps that might be present. Reiterating boundaries, or talking through disagreement, setting expectations are some of the points worth exploring. However, if your friend does not wish to connect- respecting their boundaries and choices is also crucial.”

If you’ve been friends for really long, a friendship breakup can involve a lot of mutual friends. And your paths are bound to cross. Unless you want to bid your social life goodbye and magically grow a new set of friends, you will have to figure out your way around the friendship breakup. Sonal Anand is of the opinion is that completely avoiding the social is not the answer. ” It can be overwhelming if you have been really thick together. The best thing to do is to not totally avoid the social circle and try and keep your thoughts focused to having a good time with the current company. If required just a general hi or nod is definitely acceptable. Keeping negativity in your mind after breakups is not a healthy way of coping.” 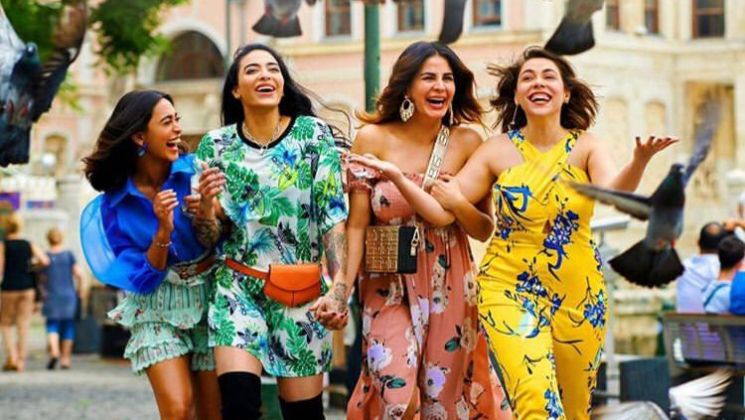 Despite our desperate need to vent to mutual friends, Mehezabin Dordi suggests you don’t do that.
“Breaking up with a friend is already very stressful, and the aftermath becomes even more distressing when you share mutual friends. I think the most fundamental thing here is to find closure. When your friendship ends, it’s important that you accept that and resolve your feelings towards them. Another key point it to avoid creating or getting into drama around the broken friendship. If you decide to set the record straight you will be playing into a vicious friend feud that can go on for a long time. It is important to remember that nobody wants to pick sides and it isn’t fair to ask your mutual friends to do so. Also, Gossiping is never a good idea. Setting good boundaries for yourself is essential. There will be instances where you and your former friend have to co-exist, but limit contact with them as much as possible. In situations where communication is absolutely necessary- Keeping the communication to the point, short and precise is advised. It is also important to be calm and collected during such interactions as well.”