If You Liked Gangubai Kathiawadi, Then You Will Love These Books About Extraordinary Women

Alia Bhatt is no stranger to playing nuanced female characters based on real personalities; her role as Sehmat, an Indian spy in Raazi comes to mind. This time, Bhatt portrays the titular character in the biopic Gangubai Kathiawadi, a female criminal who much to chagrin of proper society, emerged as an unlikely hero to prostitutes.

There are many more compelling stories of radical women, like Gangubai, who were united in their desire to leave their mark in a man’s world. Albeit, they used different methods, and were in different fields, and of vocation, they nevertheless, persisted, to find their place in the very society that kept them down. 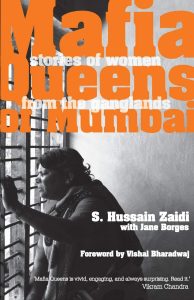 One can’t help but wonder the many turns Jenabai Daaruwali’s life took that led her from being a freedom fighter to hoarder to a smuggler to a bootlegger and eventually, as the consultant to some of the dreaded and powerful men in Mumbai’s underworld. Then, there is the morbid romantic tale of Sapna Didi, who infiltrated Dawood’s gang to exact revenge for her husband’s death. Or even the innocuous trio of Mahalaxmi Papamani, Jyoti and Savitri, who ran the narcotics trade in Mumbai.

The Many That I Am: Writings From Nagaland by Anungla Zoe Longkumer 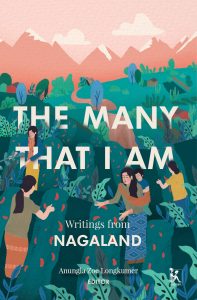 In the book The Many That I Am: Writings From Nagaland, I found a quote that strikes at the heart of this list — in Vishu Rita Krocha’s Cut Off, “How different the story is when women are around.” Longkumer, poignantly edits a collection of prose, poetry, stories, first-person narratives of women’s writing in Nagaland, all entirely written by women. Each chapter speaks of the women’s many journeys in Naga society — through the arrival of Christianity, militarisation, insurgency and the looming threats of patriarchy. 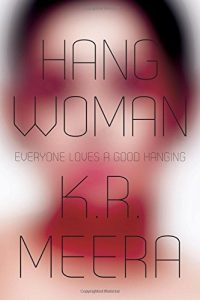 Chetna comes from a lineage of executioners and is coerced into becoming the ‘first female hangwoman’ in the family. She is nervous about her first execution, and the increased media attention adds to the pressure. Chetna internally struggles with the prospect of taking a life, something, which is what she is exactly hired for. When her family is rocked by a series of tragedies, she decides to take her life into her own hands as she struggles to find a place in a male-dominated society and profession.

Ahalya as part of the Sati series by Koral Dasgupta 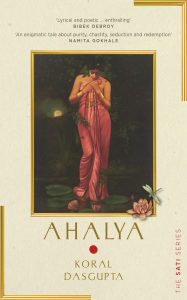 Indian epics follow a very male-centric narrative approach, assigning the women as yielding, mute spectators often left to face the consequences of another man’s actions. Das in her book Ahalya, explores the other viewpoint. According to myth, Ahalya was seduced by Lord Indira who used deceit, and for her transgression, she was cursed by her husband sage Gautama. Das, approaches Ahalya’s journey from an innocent to a ‘willing’ adulterer from Ahalya’s perspective, to find out the story behind the myth and what exactly happened. 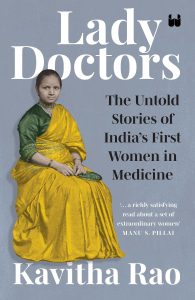 Rao chronicles the journey of six women in India, who were declared unfit to study medicine by the truth of them being female. Undaunted, these six women, overcame societal oppression, poverty, and hardships, to earn the right to learn and practice medicine. Part research,  a part feminist anthem, this book is a tribute to women determined to create a new identity for themselves.