I’ll Put A Spell On You: 8 Witchy Books To Read This Halloween

Power up your crystals, and draw out your tarot cards, the witches are here! And, they bring with them books, which are spellbinding.

1. Payback’s A Witch by Lana Harper 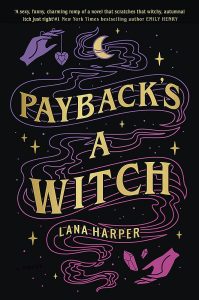 John Tucker Must Die meets witches and hexes in this magical rom-com. When Talia and Linden come to know they were two-timed by Gareth Blackmoore, they decide that its time to teach him a lesson, witchy style. They recruit Emmy, Linden’s friend, who also had her heart broken by Gareth. But Emmy is hesitant to be a part of Linden’s revenge plan, but agrees because she can stop thinking about the alluring Talia. Love is certainly brewing. 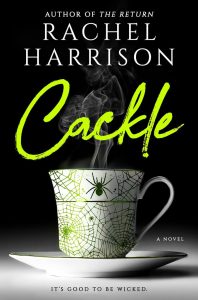 Annie’s finally feels like herself again. She has moved to a picturesque town for a new teaching position, found the perfect apartment albeit the presence of the odd spiders, and the townsfolk are lovely. But, she could use a friend. Enter Sophie, her next-door neighbour, who quickly befriends Annie. But, the rest of the townsfolk seem wary of Sophie, and Annie can’t help wonder if her new friend is more than she seems. 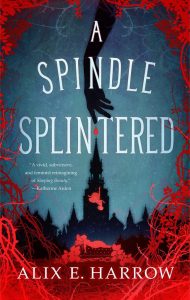 A new take on Sleeping Beauty, in this novella, Zinnia has contracted a rare disease, which will kill her when she turns 21. So, when she does turn 21, her best friend Charms throws her a Sleeping Beauty themed party. When Zinnia pricks her finger at a spindle, she finds herself transported to a universe where Briar Rose, too, is looking for a way to survive the curse! Fairytale magic revisited with a YA twist. 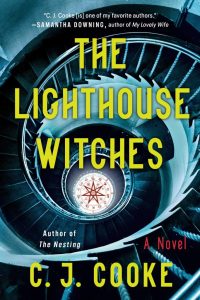 More than 20 years ago, Luna’s mother moved the family to a Scottish island for work. Not long after, Luna’s two younger sisters vanished without a trace and Luna and her mother hear of the island’s dark secret: children who disappear are replaced by wildlings, supernatural beings who mimic human children and are deemed dangerous. So, when 22 years later Luna receives news that her younger sister has re-appeared suddenly, she is ecstatic. But one look at her sister, who hasn’t aged since her disappearance, and Luna knows something is amiss. 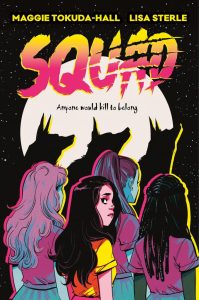 This graphic novel follows a popular clique of teenaged werewolves girls who smash the patriarchy, literally, as they hunt down boys and men who try to hurt women. But, when one of their pack’s abusive ex boyfriend is found dead, the pack is suddenly at risk of public exposure. 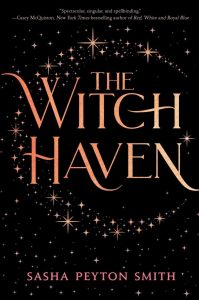 When Frances is mysteriously whisked away to Haxahaven Sanitarium a school for burgeoning witches, she is finally glad to be with people who are like her. But, she grows frustrated with the tame magic they are teaching. When she is approached by Finn in her dreams, who promises to teach her magic beyond what is being taught in school, she readily agrees, and her growing powers soon start to draw the attention of people who might not have such noble intentions.

7. The Witch’s Heart by Genevieve Gornichec 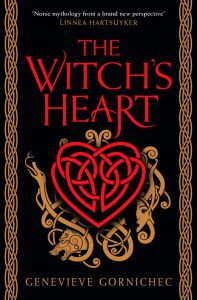 In this re-imagined Norse mythology, Angrboda has incurred the wrath of Odin by refusing to tell him about his future. Set on fire as punishment, she loses her power and is sent to live in exile, where she meets and falls in love with the trickster Loki. They along with their three children, live safely, far away from Odin on the edge of the world. But, as Angrboda’s prophetic powers return, she sees an entangled future for three children with the very world she is protecting them from.

8. The Nature of Witches by Rachel Griffin 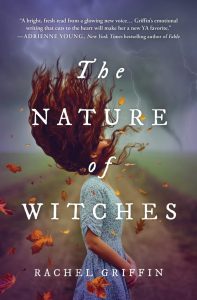 What if witches controlled the weather, and climate change caused their powers to fluctuate? Clara, a rare Everwitch, who has her magic tied to every season is beginning to feel her powers alter because of the collapse of the ozone layer. As Earth is ravaged by storms, wildfire, and ice, Clara tries very hard to keep it all together. If that wasn’t enough, she has fallen for her mentor Sang, complicating things further. Life is tough for a modern witch.