6 Popular But Problematic Indian Reality TV Shows From A Decade Ago. What Were We Even Watching?

Did Pooja’s behaviour in Big Boss 5 have you questioning the life choices that led you to be hooked to the show? (we won’t get into why you continued watching its next 10 seasons). Does the upcoming Mika Singh swayamvar have you convinced that Indian reality TV can’t get any worse? Spoiler alert: It already has. Today, we’re taking a trip down memory lane to uncover the most controversial, cringe and straight-up stupid Indian reality TV shows that wouldn’t stand a chance in today’s time:

The Indian version of ‘Wife Swap’, Maa Exchange was a show about women from different backgrounds who exchanged homes and attempted to look after another family in order to understand another person’s lifestyle and the troubles it comes with. We’ll let you in on a secret— before her Bollywood debut in Jawaani Jaaneman, Alaya F made her television debut in Maa Exchange alongside her mom Pooja Bedi who was a contestant on the show. 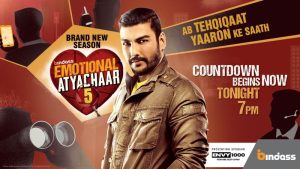 Remember the ‘biggini shoot’ masterpiece of a meme? You have Emotional Atyachar to thank for it. The premise of the show revolved around luring people into uncomfortable situations to check their faithfulness to their suspecting partners. Not only were they followed by a crew member who pretended to be interested in them, but were also was filmed with hidden cameras without their knowledge (which was then aired on national television). Consent was done away with, voyeurism was actively encouraged and privacy was a a mere term with this show. 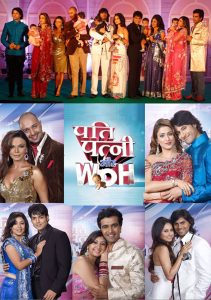 Tears, tantrums and the terrible twos— Pati Patni Aur Woh was the Indian adaptation of ‘The Baby Borrowers’ that followed five celebrity couples as they attempted to experience parenthood by taking care of children of different age groups— infants, toddlers and teenagers. In short, watching Rakhi Sawant taking care of a baby with her fake swayamvar husband is a recipe for a migraine. And I suggest this as a watch for when contraception isn’t available. 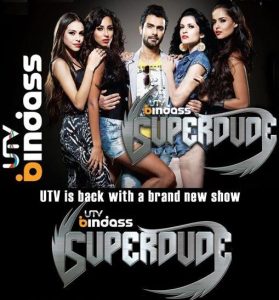 Need some tips to woo a girl? Let Ashmit Patel train you into becoming a Superdude. Who is a Superdude, you ask? Apparently, it’s the guy every man wants to be like and every woman wants to be with. From striking a conversation with a girl at a bar to sweeping her off her feet with unreserved chivalry, the show revolved around thirteen male contestants competing to impress women. BRB, I think I just lost some brain cells. I mean, Superdude is super bad. 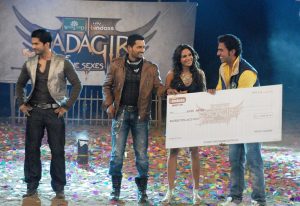 Get bullied, win cash— that’s it, that’s the plot. Dubbed as the meanest show on Indian television, Dadagiri will have you up all night asking yourself, “how can she slap?” (IYKYK) 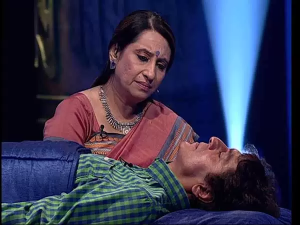 Hosted by actor Ravi Kishan, Raaz Pichhle Janam Ka was a show centred around past life regression conducted by a professional psychologist. Celina Jaitley saw herself as a German soldier dying in action in World War 2, Shekhar Suman met his son who had passed away at a young age and Chunky Panday saw himself as the captain of a ship who was stabbed in the back by the love of his life. Tired of blaming the mercury retrograde for your mid-life crisis? Accuse your past life instead.