Here’s a list of facts I’m not proud of: My daily average screen time is 8h 35m (stupid phone being my screen time police), I spent a total of 27h 13m on Instagram last week. 70% of my brain is reel songs and the remaining thirty is the dance steps to those tunes. Let’s just say if Instagram scrolling were an Olympic sport, I’d win a medal. From life advice to beauty hacks, breathtaking locations to food recommendations, soothing art to comedy sketches— watching reels is like my morning newspaper, until of course, a viral trend erupts and then all I see is groups of kids jiggling, wiggling and dribbling.

Two weeks ago, my feed was filled with people trying to hover their eyes smoothly across the screen to see if they’re a ‘killer’ or not, last week they were flaring their nostrils to the beat of a song, this week it’s beautiful people trying to make themselves look less attractive, filming with a blur filter and then BAM!, the Arabian Nights beat drops and a 4K makeover is revealed. Don’t even get me started on those lip-syncing reels. Pick up trendy audios, doll up, look into the camera and mouth the words. Lovely, now you’re famous.

Not to say that Instagram isn’t filled with amazing creators showcasing their work, it’s just that with reels being a platform that’s built for plagiarism and wants you to keep recreating viral videos for better reach, originality dies multiple deaths. Users are encouraged to lift audios from other videos and film the same exact frames with hopes of getting likes, comments and followers. With everyone competing to become famous, to go viral, we’re left with a pool of content creators who look like the same person, just in a different font. 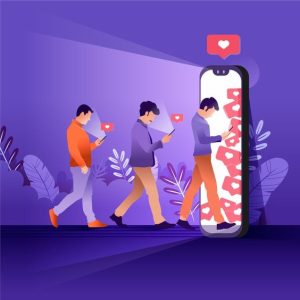 Getting higher engagement by essentially stealing someone else’s idea, which eventually turns it into a chain reaction— is that what we’re calling creativity these days? Don’t get me wrong, there’s incredible original content on reels, which is why I’m addicted too, the problem is that Instagram doesn’t reward incredible original content, it promotes number-giving viral trends and runs on the ease of recreating videos. Moreover, it conditions the audience (apart from reducing their attention span) to associate certain songs with a certain type of content— for example, when Snatched by Big Boss Vette comes up, you already know it’s going to be a makeover reel. Speaking of music, while I do credit reels to introduce me to so many new artists, most of the songs that start off as earworms turn into headaches after I’ve heard them at least five times in under a minute of scrolling, for one week straight. Viral trends are low effort and maximum impact but if fame is being handed out like freebies at a mall, if we’re getting thousands of views without even having to use a single brain cell to come up with new ideas, ultimately imitation will be the death of innovation.

Also read about TikTok; A Ticking Time Bomb Or A Boon For Artists?