If 2020 was the stomach-churning sickness caused by drinking too much on a Friday night, 2021 was like waking up with the headache, fatigue, nausea and lightheadedness of an apocalyptic hangover. This year was full of surprises, to say the least— some that left us shook, others that sparked an unshakable existential crisis. From the internet war against Jake Gyllenhaal to the Bernie Sanders mittens meme— a lot of weird things happened in 2021. We take a look at some of the best:

‘Cheugy’ Was Added To The Gen Z Dictionary

Thanks to TikTok, Gen Z found a new word to mock millennial trends. Pronounced as chew-gee, It’s used to describe something or someone who’s out of date or is trying too hard. Think millennial girl boss aesthetic, chevron print, Uggs, Disney adults, anything featuring the phrase ‘Live, Laugh, Love’ etc. Totally cheugy!

The internet really can be magical pic.twitter.com/Jrwkj2twii

Vermont senator and former presidential candidate Bernie Sanders became an internet sensation after his picture taken during the inauguration of Joe Biden back in January went viral. It features a masked Sanders seated cross-legged on a folding chair wearing large, fluffy mittens. The internet was quick to photoshop him into popular scenes from movies and television shows as well as a variety of unlikely settings, which I admit, we enjoyed a bit much.

The Return Of Sad Girl Autumn

Move over Hot Girl Summer, Adele and Taylor Swift’s well-timed albums 30 and Red brought back Sad Girl Autumn this year– a trend characterised by heartbreak tunes, brooding and feeling all your feelings. You’re lying if you say you weren’t curled up in bed crying over the 10 minute long All Too Well music video.

We All Got Mad At Jake Gyllenhaal

The return of Taylor Swift’s Red brought her ex-boyfriend Jake Gyllenhaal (who the album is rumoured to be about) back into the spotlight for the way he broke her heart in 2010. The internet was also furious about the fact that he allegedly did not return her scarf.

It Was The Year Of Unexpected Couples 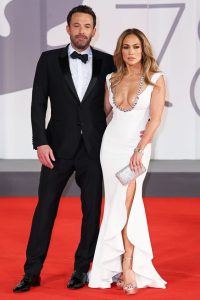 There’s Something About Pete Davidson 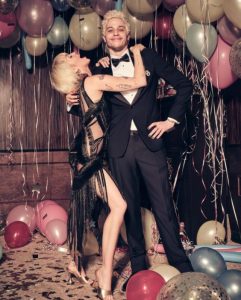 Pete Davidson dated Phoebe Dynevor and Kim Kardashian in the same year (!?!) His exes include celebrities like Ariana Grande, Kiara Gerber, Kate Beckinsale and more. If you’re wondering what’s so special about him, you’re not alone. With multiple memes and articles written about his love life this year, the whole internet set out to decode the appeal of Pete Davidson.

britney is free, paris just got married, and lindsay is starring in a movie. nature really is healing wow pic.twitter.com/2YIyMc5tPQ

The trend of posting a carousel of random images on Instagram and writing ‘photo dump’ in the caption became a big thing in 2021. It’s a bit like a mood board of your life, including not just those beautiful instagrammable shots but also the blurry and less polished moments. It moves past the idea of showing the world the most perfect version of your life to sharing real moments and memories. From a collection of snaps of a weekend getaway to the meals eaten over the week, a photo dump can be about anything.