While fashion weeks have turned to digital platforms since 2020, French designer Julien Fournié, a firm believer that haute couture is about dreaming, has re-imagined an upgraded web experience.

Quite the revolutionary, Fournié has gone where no couturier has gone before through merging haute couture with video games via his partnership with the leading Chinese multinational technology conglomerate Tencent and its popular PUBG Mobile game. 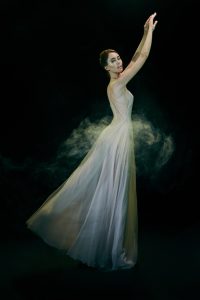 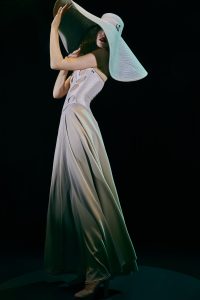 ELLE: Julien, you have decided to merge haute couture with gaming, why so?

Julien Fournié (JF): Video games celebrate individuality and the freedom of choosing who you could be in an ideal world. I’ve always loved the aesthetics of gaming and I looked at the past decade and chose 12 characters that impressed me the most. The gaming industry has reached billions of people and it’s a method to redefine my work and give couture a younger feel. It’s also not so new to me as I have already worked with Apple and Dassault Systèmes, and more surprises are in the making. 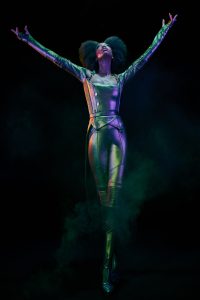 ELLE: So tell us all about your recent collection that is heavily influenced by video games

JF: It’s called the First Squad collection and it revolves around creating characters or alter egos. We have the gangster, the Hollywood star, the superhero, the wizard and his infamous white rabbit, a warrior, a fighter and more. Some of the looks were inspired by war, the streets and other by the red carpet. It’s a mélange of universes in one diverse collection. It is addressed to real people, people you see everyday and I have intended to mix masculine and feminine codes. 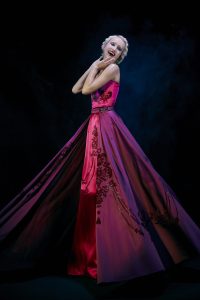 ELLE: So how would you describe your fashion philosophy?

JF: Every collection is about finding your inner legend. I’ve always been inspired by cinema and showing less skin while celebrating a woman’s figure. I work with clients who are seeking a wardrobe and not just a one-shot look. 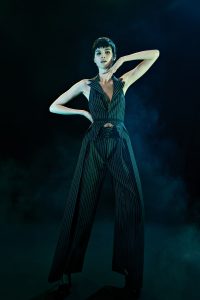 ELLE: You are Paris-based, why do you think this city is the ultimate fashion and couture capital?

JF: When you buy French haute couture, it’s like you are purchasing a piece of French history. Paris is the battle ground for high-end fashion, it’s here where fashion designers are working hard to win over the media’s attention and clients. It’s the city where all the action is taking place. 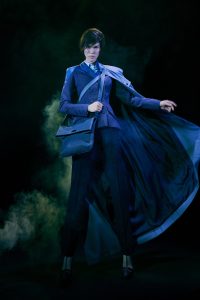 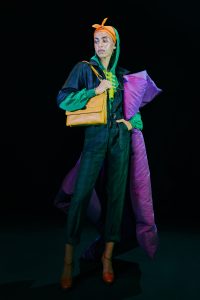 JF: I think haute couture is sustainable. For instance, I use eco-responsible materials, made in France and that follow the strict rules and regulations of my country. I also employ upcycling techniques by using silks and buttons from ateliers that were lost in time and transformed into antique pieces. Yes, haute couture is expensive, but it’s a sector that employs tremendous people, encourages our artisans, highlights our local talents and preserves the continuation of the French savoir-faire.