When a Berlin-based graphic designer met a Mumbaikar studying industrial design in IIT, Mumbai joined creative forces, a one-of-a-kind typography practice was born. Mota Italic, founded in 2014, is the brainchild of graphic designers Rob Keller and Kimya Gandhi. While Keller, a graduate from University of Reading in UK, was new to India and its hidden potential for typography, Gandhi also took the journey with him to discover India’s scripts and languages. Keeping traditional Indian scripts like the Devanagari as an inspiration, Mota Italic interprets these fonts in contemporary visual design and typography. “India is a fascinating demographic, where so many scripts and languages have been living together for many years. Every state has such unique scripts and typography, it is impossible to not get inspired by this rich visual landscape. So, we decided to work with Indian scripts and try to showcase the richness internationally,” shares Gandhi. 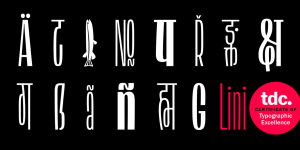 The conversation around typography is slowly gaining pace in India, and Mota Italic is taking people take note with their work as well as the typography events and meet-ups they organise to develop an interest in lettering. “With everyone having a smart phone, awareness and interest in typography is expanding. People are now realising that typography is a strong tool for expressing personal identity. They are learning to be more conscious of what fonts they are using and they are judging others on their typeface choices,” observes the duo. 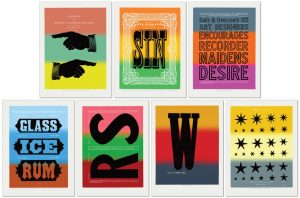 For the uninitiated, typography may seem to be an uncomplicated process, but that is hardly the case. Even a quick and seemingly simple typeface could demand months of brainstorming and execution, while for larger families of fonts, the process is even longer. Speaking of their ongoing and upcoming project, Gandhi says, “One upcoming type family is called Traverse.It’s our largest family to date–there will be 216 fonts in it! Rob has been working on this project (on and off) for almost 7 years.” The duo is also currently cracking on the Gurmukhi font family that is based on truck lettering, and features over 50 versions of every letter covering multiple styles and genres. 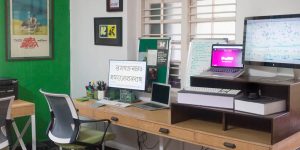 But if not typeface, what would the duo of Mota Italic be doing? “I love making sculptures, installations and masks, so I think I would be some kind of an artist. Kimya loves cooking and hosting, and dreams of working at a trattoria if she weren’t drawing typefaces,” says Keller.