Men are supposed to drink hard liquor, carry sturdy briefcases and invest in stocks. While women should be cleaning enthusiasts and eat cereal that promises a figure aligned to society’s ‘beauty standards.’ For over two decades, advertisements world over succeeded in maintaining a sexist trope with blind following. But how did it transform these stereotypes into a tool of making grand fortunes while shifting the lens of popular culture at large?

Since its inception, advertising mirrored the common realities of the era. It not only reflected products and services that consumers could buy but also depicted situations in which it can be used. For instance, showcasing women in washing powders advertisements was a norm of sorts. In the West, an 1893 advertisement from Chicago-based soap manufacturer N.K Fairbank Co. showed a woman on her knees as she scrubbed the floor. The tagline on the advertisement said, “fourteen-hour wives of eight-hour men, need Gold Dust washing powder. To enable them to get through work as early as their husbands.” 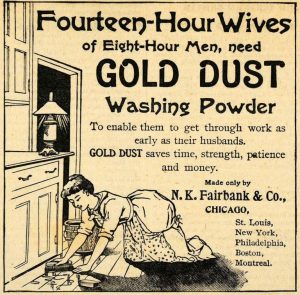 While closer home, the same depiction was followed with no revolt. Because nobody asked why a woman was at home cleaning everything. But rather—they countered it with—what else would she do when her husband is out providing for the family? But as times changed, so did advertising—but only to represent women in different connotations.

By the mid-1900s, advertisers realised that every gender had a role to play and they capitalised on it. From perfumes, jeans to cars—women were being overtly objectified and sexualised to sell an ‘idea’ more than a product. Gender identities were blatantly put into boxes and were accepted with no room for creativity or judgement. 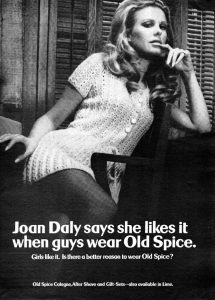 Somewhere between the lines, advertisers relied on such advertisements to gain controversy as a form of publicity. For instance, in 1995 Tuff Shoes showcased renowned supermodels Milind Soman and Madhu Sapre posing nude with a python wrapped around them with the tagline, “bare it all.” The advertisement was banned after its release. But here’s a fact: it managed to sexualise gender and sell what it had to sell.

Effects On Pop Culture And Media

With the advent of technology, these stereotypical depictions were carried over into the digital age. The toxic trope of a housewife and entrepreneur husband bled into TV shows and movies. From The Flintstones to The Honeymooners, women were depicted to be feisty but were still constricted in their homes with pretty pearls and blotchy blush. 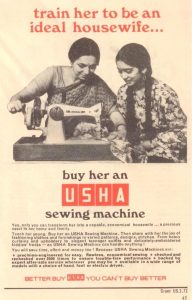 Soon, the trope turned into how men and women perceived the world. This perception was cemented further for children with creations like Beauty & The Beast which showcased a damsel in distress being saved by a hero.

With the entrance of social media—the new millennium has paved way for conversations about diversity, inclusivity, confidence and shattering beauty standards. If one didn’t feel good about themselves or something they saw outside, they directly fell into the hands of the creators. While the existence of sexism and gender bias in advertisements prevails today; so do strong, working women and at-home dads who see the world from the flip side. And with women taking prominent spots professionally and even in important decisions at home, feminism has trickled into what we see on TV and newspapers today. 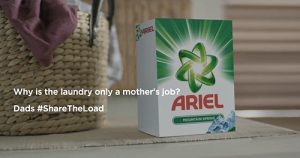 From Aerial’s #ShareTheLoad to Titan Raga’s #HerLifeHerChoices—today advertisements meet eyes which raise eyebrows and questions. And with Cadbury revisiting its archive to depict an iconic advertisement 27 years later with warm nostalgia and a ‘genderful twist’—it’s safe to say that we’re moving in the right direction.