Luvleen Sidhu, co-founder and CEO, BM Technologies, Inc. (BMTX), recently became one of the first female minority founders of a publicly traded company, following the recent listing of her company on the New York Stock Exchange. Luvleen founded her company when she was 28 and has expanded it to now serve over five million customers. In a candid chat with ELLE, she talks about leadership in the new world, digital banking and more.

ELLE: From starting the company in your 20s to becoming one of the first female minority founders of a publicly traded company, tell us about the highlights of your journey?

Luvleen Sidhu (LS): I graduated from Harvard in 2008 when the financial crisis hit. My first day on the job at Lehman Brothers was the same day the firm filed for bankruptcy. This impacted my professional trajectory and influenced why I founded BMTX. It soon became clear to me that I wanted to focus my time on launching a new digital banking platform that would be dedicated to solving the pain points of everyday Americans, and so I embarked on my entrepreneurial career.

ELLE: Your company was recently listed on the New York Stock Exchange. How did that achievement feel?

LS: It was a thrilling moment for me, both professionally and personally. In the six years since founding the company, I’ve become one of the youngest female CEOs of a publicly-traded company (NYSE: BMTX) and overseen the acquisition of over two million customers, a collaboration with Google and a partnership with T-Mobile – and this is just the beginning. 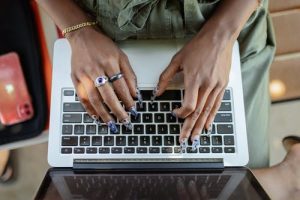 ELLE: As a female leader, what are some of the things you are doing to bring gender parity to the workforce?

LS: As a woman in a male-dominated industry, I try my best to actively focus on actions that can help propel women in finance. For example, promoting women in leadership roles, creating mentorship opportunities, providing equal pay, and ensuring female voices are represented at the executive leadership level are a few initiatives I have taken on.

ELLE: What are the things that drive you professionally?

LS: My business aspiration is to help Americans achieve financial stability. There are millions of unbanked and underbanked individuals in the U.S. Many of these people are locked out of the system by monthly fee requirements due to certain circumstances and have an inherent scepticism of traditional banks. By launching a low-fee, digital banking platform focused on technology and financial empowerment, BMTX is providing an alternative that will hopefully enrich people’s lives. We’ve developed several financial literacy tools and hope to support people in properly managing their money—and achieving their dreams. 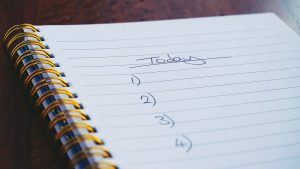 ELLE: You believe in the power of positivity, beginning every morning with Buddhist chanting and reciting prayers focused on gratitude. Tell us about that ritual?

LS: Having a strong morning ritual to start the day is important! My morning ritual consists of enjoying a homemade cappuccino and then sitting down to do Buddhist chanting, which is my form of meditation. During this 30 to 45 minutes meditation, I connect with my heart, my deepest desires, and my fears, as well as what I want to manifest in my life that day and in general. I also give thanks to everything in my life that is “working for me” and allow myself to feel gratitude. By starting my day this way, I am set up for success. I am vibrating with gratitude and have put out my intentions for the day, so I can start making it happen.

ELLE: What is the one piece of advice you wish someone had given you when you started, and now, you would like to give to other female entrepreneurs?

LS: I was fortunate enough to be raised by two strong and independent parents who instilled confidence in me from a young age. But I think having a strong work ethic and entrepreneurial spirit are key to being successful. When I started my career, it never occurred to me that my status as a female or minority was relevant to my professional success. As a woman in a male-dominated industry, I bring a unique perspective to the table and actively voice the importance of equality in the workplace. I dedicate my spare time to mentoring other women and hope my story will inspire young girls around the world to pursue careers in technology, finance, and banking. 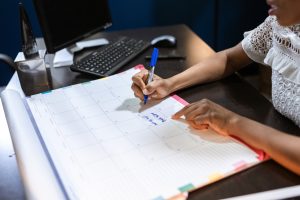 ELLE: What are some of the challenges you feel millennial women face when starting their own businesses, and what is the best way to navigate them?

LS: Millennial women want to make sure that their work is having a positive impact on the world in which they live. As a result, we can expect that most businesses will have a social mission attached to them when millennials are officially at the helm. No longer will working be only about making a profit, but rather about profit while doing good and making the world a better place.

ELLE: What is your business vision for the ‘new world’ that we have stepped into?