We may not be able to predict the world events of the new year but there’s one thing we can foretell— 2023 is going to see you returning to theatres for cinematic excellence and immersive storytelling. Continuing the nostalgia trend from the past year, expect to see more sequels, prequels and live-action remakes of classics. Coming in hot with big names and bigger budgets, here are 20 films we are most excited to see in the new year:

It’s SRK’s world, we’re just living in it. Returning to cinema after a four-year hiatus, King Khan is ready to set the screen on fire alongside Deepika Padukone and John Abraham in Pathaan, the fourth instalment in the YRF Spy Universe, written and directed by Siddharth Anand, and produced by Aditya Chopra.

Based on Channing Tatum’s experience as a stripper in Tampa, Florida, Magic Mike (2012) followed an exotic dancer who teaches a younger performer the ropes of the trade. In 2015 the sequel Magic Mike XXL hit the theatre and eight years later, the trilogy is near completion with the upcoming release of Magic Mike’s Last Dance starring Tatum and Salma Hayek Pinault. Channing Tatum reportedly described it as a “fish-out-of-water story where it’s a reverse role ‘Pretty Woman’ story that ends up with a lot of dancing in it.”

Starring Scott Lang and Hope Van Dyne, along with Hank Pym and Janet Van Dyne, Ant-Man and the Wasp: Quantumania follows Ant-Man and the Wasp as they explore the Quantum Realm and embark on an adventure that pushes them beyond the limits of what they thought was possible while interacting with strange new creatures.

With the price on his head ever increasing, hitman John Wick uncovers a path to defeating The High Table. But before he can earn his freedom, Wick must face off against a new enemy with powerful alliances across the globe, seeking out the most powerful players in the underworld, from New York to Paris to Japan to Berlin. 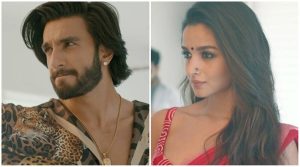 7. Killers Of The Flower Moon (May) 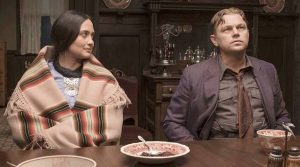 Based on David Grann’s best-selling book of the same name, Killers of the Flower Moon is set in 1920s Oklahoma and depicts the serial murder of members of the oil-wealthy Osage Nation, a string of brutal crimes that came to be known as the ‘Reign of Terror’.

Guardians of the Galaxy Vol. 3 brings our beloved band of misfits together again. Peter Quill, still reeling from the loss of Gamora, must rally his team around him to defend the universe along with protecting one of their own. A mission that, if not completed successfully, could quite possibly lead to the end of the Guardians as we know them.

A live-action remake of the animated Disney classic, The Little Mermaid is a musical fantasy that follows Ariel as she explores the world beyond the sea, falls for the dashing Prince Eric and makes a life-changing deal with with the evil sea witch, Ursula.

Safe to say, 2023 is looking particularly good for Shah Rukh Khan. Jawan, the upcoming action thriller film written and directed by Atlee stars the actor in a dual role along with Nayanthara and Vijay Sethupathi.

Based on the DC Comics superhero of the same name, the 2023 film follows The Flash as he travels through time to prevent the murder of his mother, but unintentionally causes changes that result in the creation of a multiverse.

Harrison Ford returns to the role of the legendary archaeologist for the fifth instalment of the Indiana Jones franchise this June. Joining him on his adventure this time around is Phoebe Waller-Bridge in what is rumoured to be a time-travel plot.

Prepare for some stellar action sequences and death-defying stunts as Tom Cruise returns as IMF agent Ethan Hunt in Mission: Impossible – Dead Reckoning Part One, the sequel to Mission: Impossible – Fallout and the seventh instalment in the Mission: Impossible film series. Ving Rhames, Simon Pegg, Rebecca Ferguson, Henry Czerny, Vanessa Kirby and Frederick Schmidt will also be seen back in action in their roles.

Greta Gerwig’s Barbie follows Margot Robbie playing the iconic fashion doll who sets off for the human world to find happiness after being expelled from Barbieland due to her so-called imperfections. Pro tip: Carry tissues to wipe your drool because Barbie’s boy toy, Ken is going to be played by none other than Ryan ‘Man Crush’ Gosling.

Oppenheimer, starring Cillian Murphy and written and directed by Christopher Nolan follows the story of American scientist J. Robert Oppenheimer as he works with a team of scientists during the Manhattan Project, leading to the development of the atomic bomb. The star-studded cast includes Robert Downey Jr., Matt Damon, Emily Blunt, Florence Pugh, Kenneth Branagh and Rami Malek. 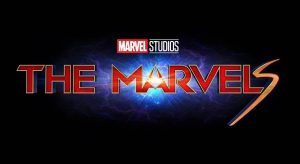 A sequel to the 2019 origin story for Captain Marvel and the fifth instalment of Phase Five of the Marvel Cinematic Universe, The Marvels will see Brie Larson’s character teaming up with Ms Marvel and Monica Rambeau on her adventures. Samuel L. Jackson will also reprise his role as Nick Fury after playing a prominent role in the first film. 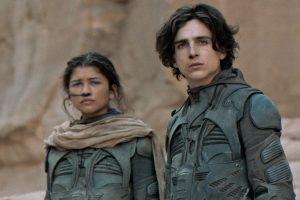 Denis Villeneuve’s Dune: Part Two continues with the story of Paul Atreides as he unites with Chani and the Fremen while seeking revenge against the conspirators who destroyed his family. Facing a choice between the love of his life and the fate of the universe, he must make a decision and prevent a terrible future only he can foresee. 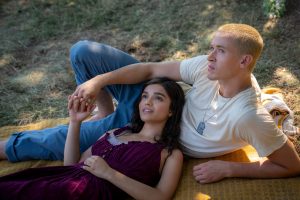 A prequel to the events that occur in the ‘Hunger Games’ franchise, The Hunger Games: The Ballad of Songbird and Snakes is all set to transport us to the time before Coriolanus Snow became the president of Panem. The film will follow his 18-year-old self as he mentors a District 12 tribute, Lucy Gray Baird. 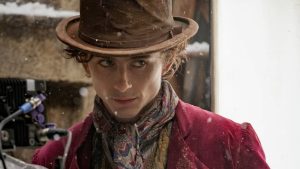 Another film to take us back in time is the story of Wonka which explores the journey of a young Willy Wonka, the eccentric chocolatier and how he met the Oompa-Loompas on one of his earliest adventures.

The end of 2023 will see SRK teaming up with Rajkumar Hirani’s creative vision in Dunki with Taapsee Pannu as the female lead. Reports suggest that story will follow a Punjabi man on his adventurous journey of immigration to Canada.