Sometimes, colour narrates stories better than dialogues ever can—M. Night Shyamalan used red in The Sixth Sense to represent a connection to the dead and foreshadow ghostly events, Quentin Tarantino chose yellow to make Uma Thurman’s character stand out and depict her madness, Wes Anderson, a lover of discord, frequently depicts unfortunate events in happy hues. “Colour psychology plays an important role in films as it sets the mood of the scene even before it starts. Cool tones are used when the scenes are mellow/heavy/sad and warm tones are used in lighter/happier scenes. Bulbbul on Netflix is a great example of the use of colour in terms of expressing emotions and character personalities in the film. They used red as their primary colour throughout the film. A lot of films use an Analogous colour scheme that creates an overall harmony as they’re in the same tones. Complimentary colours are also used a lot as they make the character stand out,” says Akruti Sinha, Art Director and Production Designer.

Here are 6 films with incredible colour schemes that we love: 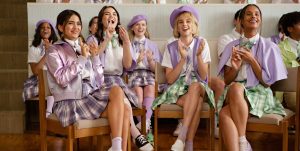 Revenge is a dish best served in pastels! With preppy school uniforms in mint green and lavender paying homage to ’90s classics to elaborate sets dipped in happy hues— the visuals of Do Revenge are a bubblegum dreamworld, almost artificial, offering a stark contrast to the darker storyline. Featuring a deceptively cheerful aesthetic, the movie aims to be as fun as it is vengeful. 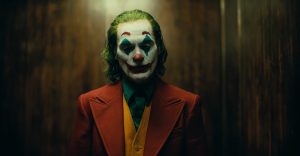 Using a triadic colour scheme of red, yellow and blue, Joker (2019) follows Arthur’s internal struggle with each colour representing crucial parts of his journey. Blue is the colour working against him, it’s the colour of the city, the society. Red, although rare represents the joyful moments and the confidence he feels. Yellow symbolises his dark side, his descent, and his loss of grip on reality. The suit and makeup he puts on have all these colours, signifying all three facets of his personality becoming one and giving birth to the Joker. 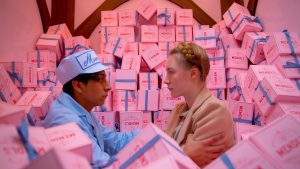 Exploring themes of fascism, nostalgia, friendship, and loyalty, The Grand Budapest Hotel is one of the best examples of colour used as a crucial storytelling device. Wes Anderson tells a story about a marvellous European hotel featuring vibrant hues of red, purple, pink, white, orange and yellow in contrast to the dark times of war that the movie is set in. From the communist period of olive green and orange to the 1930s wedding cake, The Grand Budapest Hotel offers a larger-than-life fantasy with a deep message behind it. 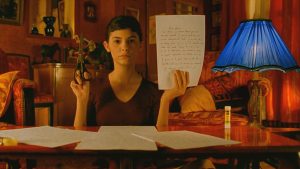 Amelie for the most part follows a complementary colour scheme with reds and greens but also features discordant colours, like the blue that deviate from the colours of the film to refocus the viewer’s attention. The story revolves around the character’s mission to help others find joy despite her own isolated and deprived upbringing. While the warm colours represent her loving personality, the blue is her sad, solitary side. 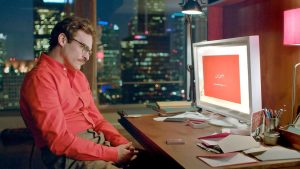 The future isn’t represented in neon blues and purples in Her, instead, it’s muted shades and earthy tones. Among the khaki, however, the colour red plays an important role in the film—it is almost everywhere in Theodore’s life from his clothing and walls to furniture and flowers. It sets him apart from the colour palette of the film, showing that he’s lonely. Red also reveals his emotional state and desire for love while also representing his compassion ad hopefulness. 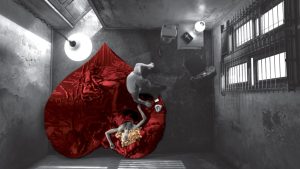 Initially shot in colour and then digitally re-mastered into a black and white style, the visuals of Sin City pay homage to the original graphic novel upon which it was based. Making things a little more dramatic, along with the shades of B&W, certain colours like red, green and yellow are used in certain spots to exaggerate emotions and characters, directing the viewer’s attention to finer details. It’s a comic book come to life. 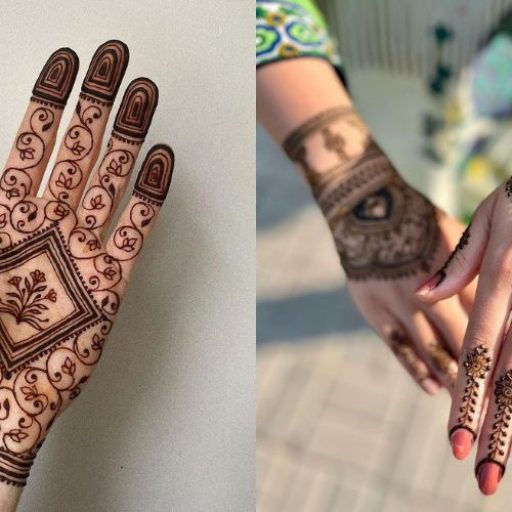