Confession time: As much as we enjoy watching a show or film for the strong storyline and cast, it’s also the good-looking on-screen men that make us come back for more. Needless to say, they’re also super talented and dedicated when it comes to their work. So much so that we wish we were the characters they were wooing on-screen. Anybody else can relate? From Euphoria’s Jacod Elordi and Angus Cloud to Spiderman’s Tom Holland and Andrew Garfield, here are all the on-screen men we’re crushing on at the moment.

TBH, I’m still not over the last Spider-Man film. Tom Holland’s brilliant performance had me in tears and I got to say–for me, he’s the best Spider-Man. From his childlike innocence to being the superhero he’s needed to be, the character just fits Tom perfectly.  His next film? Unchartered with Mark Wahlberg–an interesting duo I’m keen to see.

Angus has become the new Euphoria favourite among fans. And why shouldn’t he be? His character Fezco is finally getting the spotlight he deserves in the ongoing season. We also love his chemistry with Lexi, besides his protective instincts of Rue and the rest of the gang. Basically, he’s the good bad guy.

He first caught our attention in the teen film The Kissing Booth. But his role in Euphoria was the exact opposite. Jacob’s Nate is the bad, toxic guy. You would think that after that none of us want a guy like him in our lives. But here’s the thing–he’s hot and for some weird reason, we’re just attracted to the bad guys sometimes, aren’t we? Although we will say this–he certainly deserves to be appreciated for doing justice to this challenging role.

Who said you can’t like two men from the same movie/show? Of course we love Tom from Spider-Man but I got way too excited when Andrew showed up on the screen. Unpopular opinion: I prefer Andrew to Toby. I can watch The Amazing Spider-Man films and still cry. Garfield is super cute and charming. And let’s not forget his fabulous performance in his recent musical, Tik Tik Boom, which also earned him a Golden Globe award this year. 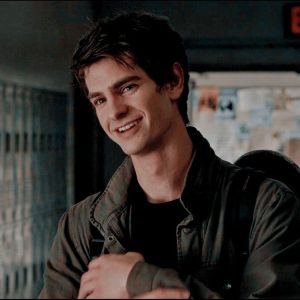 The actor first stole our hearts in Gully Boy as the underground street rapper. Now we’re excited to watch him in his upcoming OTT release, Gehraiyaan alongside Deepika Padukone, Ananya Panday and Dhairya Karwa. Very recently, when Siddhant and Ananya were out for film promotions, Ananya was feeling extremely cold outdoors. Being the gentleman he is, Siddhant lent her his jacket. Now who wouldn’t want a chivalrous man like that, right?

The actor currently stars in the Netflix thriller Ye Kaali Kaali Aankhen. However his claim to fame was his negative role in Mardaani – the film with Rani Mukherjee as its lead. Tahir has gone on to do many roles in Bollywood and the OTT space and we have to say he’s evolved over the course of his journey. He’s got great personality with superb potential. We’re waiting to see what he does next.

Not everyone is blessed with princely good looks. And that’s one of the reasons why Mena even bagged the titular character in Disney’s live-action film, Aladdin and now in the recent Netflix movie, The Royal Treatment. We love his chocolate boy looks and great fashion sense–a good combo, isn’t it? Besides, he’s totally into fitness–it’s all over his Instagram.

If you’ve watched the latest season of Emily In Paris, you’ve already seen the new hottie on the show–Alfie played by Lucien Laviscount. From his thick British accent to suited looks to the way he just looked at Emily, what’s not to love about him?

While we love Lucien, we certainly can’t forget the gorgeous Lucas, especially his character Gabriel from Emily In Paris. I mean, who wouldn’t want a hot French chef to cook you some delicious meals, right?

The actor’s quirky charm, rainbow-like smile and the ability to do everything–you now, because he sings beautifully and dances so well, and basically looks so good in doing so–it’s no surprise that Lee Jun-ho has won the hearts of so many K-drama fans. And now that I’ve started watching The Red Sleeve, even mine.

Love men in velvet suits? Here’s a story you’ll like!