Even though various fields and careers have begun accepting and recognising individuals from the LGBTQIA+ community, there’s still a long way to go, especially with sports. One often stereotypes an athlete to be a certain way. And once they come out of the closet, they’re often seen differently. However, the tides of change have come, thanks to certain queer sports personalities who chose to come out, stand up for their rights, and thereby pave the way for more queer people in the sports field.

Coming out is challenging and takes a lot of courage, and these trailblazers have taken that step forward to create a more inclusive, safe space for LGBTQIA + athletes. Read on to know their inspiring stories.

Las Vegas Raiders defensive end Carl Nassib recently came out as gay and became the first active NFL player to do so. Addressing it to his followers through a video posted on his Instagram, he said, “I actually hope that one day videos like this and the whole coming out process are just not necessary, but until then I’m going to do my best to cultivate a culture that’s accepting and compassionate.”  Shortly after, NFL released a video to show their support to the LGBTQIA+ community and stated in their tweet, “Football is for all. Football is for everyone.”

The captain of OL Reign of the National Women’s Soccer League publicly came out as a lesbian in 2012 and admitted that she felt like herself as well as a better person and player after doing so. Since then, the soccer star has become an outspoken advocate for LGBTQ rights, equal pay, and racial justice. She even encouraged her wife and professional basketball player Sue Bird to publicly come out in 2016.

Ace sprinter Dutee Chand became the first Indian athlete to come out as gay back in 2019. In a statement, she said it was better  “coming out of the closet” rather than “hiding” her personal life from the public. This wasn’t an easy step for her, and she did face a lot of backlash from the villagers and family, which forced her to move from there. However, nothing beats the fact that she did the right thing by showing courage and stood up for herself and the LGBTQIA+ community. 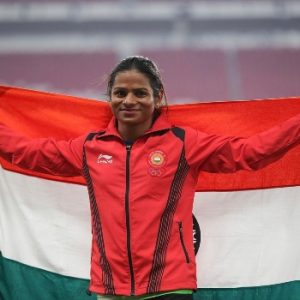 Back in the ‘70s, coming out or revealing your sexuality in sports was even harder. However, Martina Navratilova didn’t think twice before coming out as a lesbian. With a record of 177 career titles and 59 Grand Slams titles, the tennis champion made a path-breaking move by making the announcement at the age of 18, a time when she was at a peak in her career. Being one of the first sports stars to do so, she struck a conversation about homosexuality in the tennis realm and fights for gay rights till today. 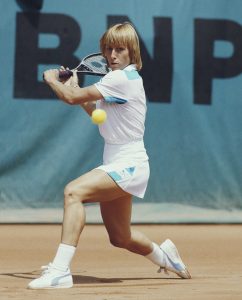 Another tennis champion Billie Jean King, who over the course of her career won 39 Gram Slam Titles and even beat Bobby Riggs in the famous Battle Of The Sexes match, came out and told the world she was gay, despite her publicists telling her to not. But she was adamant about doing it. “I said: ‘I’m going to do it. I don’t care.’ This is important to me, to tell the truth,” she had shared in a statement.

Renne Richards paved the way for transgender athletes. After fighting many legal battles, she became the first transgender to compete as a woman in the 1976 US Open, making her a pioneer in the sports field. Her participation was very controversial as the fellow players thought it was unfair because of the physical advantages she had over the rest and also due to the number of questions that female players were bombarded with regarding Renne’s participation. Whether she won or lost matches, she only wanted to pursue her dream as a woman because that’s what she identified with the most. 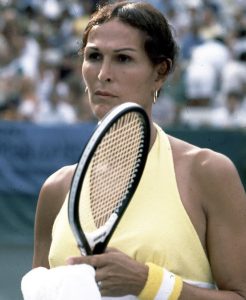 Weightlifter Laurel Hubbard had come out as a transgender person in 2013 but has also recently been in the news for becoming the first transgender weightlifter to be participating in the Tokyo Olympics.

In 2019, Ryan Russel became the first openly bisexual person in the NFL and any major professional league. The sports star played for the Dallas Cowboys and the Tampa Bay Buccaneers as a defensive end. Coming out made him a better team player, and now, as an active NFL agent, he actively fights for the LGBTQIA + rights in the sports community.

Gus became the first Olympic skier to come out as gay in 2015. He had released a video on social media in which he said, “For most of my life, I’ve been afraid to embrace that truth about myself. Recently though, I’ve gotten to the point where the pain of holding onto the lie is greater than the fear of letting go, and I’m very proud to finally be letting my guard down.” He made headlines again when he kissed his partner during the 2018 Olympics on live television. Today, his career has gone beyond sports. From starting his stint in acting by appearing in one of the seasons of American Horror Story to cycling 545 miles to raise nearly a quarter-million dollars for AIDS research at the AIDS/LifeCycle bike ride, Gus balances his career along with LGBTQIA+ advocacy.

Having played 13 seasons in the NBA over the course of his career, Jason Collins was the first active openly gay athlete to have played in one of the four major American pro team sports. The former NBA Washington Wizard player came out in 2013 through an open letter he published on Sports Illustrator. “I’m a 34-year-old NBA centre. I’m black. And I’m gay. I didn’t set out to be the first openly gay athlete playing in a major American team sport. But since I am, I’m happy to start the conversation,” he had shared while talking about his secret life before coming out of the closet. In the interview, he also mentioned Matthew Shepard, a student killed as a result of an anti-gay hate crime, and how he paid tribute to him by wearing a jersey numbered the year of his death. His decision to reveal his sexuality was lauded by many, including then-US President Barack Obama and his wife, Michelle.

It wasn’t an easy childhood for Diego. Born in Guanajuato, Mexico, he was smuggled into the US as a kid and served many prison sentences when he was young. It was only in 2006 that his career of being a professional MMA fighter took off. A severe eye injury forced him to talk a small break, but he wanted to continue to fight and entered bare-knuckle boxing. Two years ago, the gay athlete learned he is passionate about drag and embraced his drag queen personality as Lola Pistola. Ever since then, he has been more comfortable in his own skin and believes Lola has always been an extension of him and his creativity.