Peter Dundas launched his clothing label in 2017 and he did it in style. Beyonce performed at the 2017 Grammy Awards wearing his brand. We caught up with him for a tête-à-tête, asking him some interesting questions and he was a fun interviewee.

ELLE: Describe yourself in three words.

ELLE: What was your first job?

PD: My first job was as a child actor at the National Theatre in Norway. It lasted for three years! 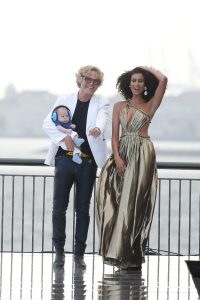 ELLE: What is one of the best things that’s happened to you in recent times?

PD: My son Alexios and my little family in the making!

ELLE: If you weren’t a fashion designer, you’d be…?

PD: I almost became a doctor but was side-tracked last minute by fashion, my first love.

ELLE: If you had only five minutes to get dressed, what would be your go-to look?

ELLE: Which is your favourite city in the world, and why?

PD: My adopted hometown of Paris. Been away two years and missing it terribly. 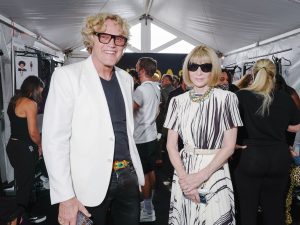 ELLE: Who are the fashion icons that you look up to?

ELLE: What inspires you the most?

PD: The human body inspires me the most. Then nature, and then art.

ELLE: Which fashion designers do you absolutely love?

ELLE: What is a fashion mantra that you live by?

PD: Clothes should give you confidence.

ELLE: Which is your most memorable runway moment?

PD: I have many amazing experiences but my first and last moment were: my first show/exit for Ungaro, and my last exit for Revolve—I went out with my son Alexios. 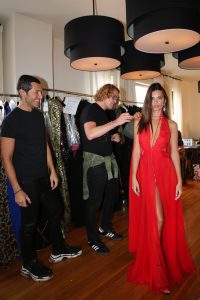 ELLE: Who is your favourite runway model of all times?

PD: Only one?! You will get me in trouble here! Naomi is high up on the list.

ELLE: And another designer that you’re BFFs with?

PD: I am friends and friendly with many but unfortunately there is little time to spend together. Giambattista Valli, Tom Ford, Alber Elbaz who will be missed; Olivier Rousteing, Pierpaolo Piccioli, Riccardo Tisci, Joseph Altuzarra, Neil Barret and many many more.

ELLE: If you could dress one woman, who would she be?

PD: You are again trying to get me into trouble with my ladies! I will say I still have not yet dressed Oprah or Adele.

ELLE: Who was your first celebrity crush?

PD: Madonna. She kept popping up in my naughty teenage dreams.

ELLE: What has been the best fashion advice you have received, and by whom?

PD: Listening to my inner voice was a great lesson that I had to learn by myself.

ELLE: Which is a fashion trend that you love?

PD: I am a frustrated child of the ‘70s… I should have loved to be around then.

ELLE: Which is a fashion trend you wish never comes back?

PD: Minimalism has never been my thing.

ELLE: What is the most precious thing in your wardrobe?

PD: My Fair Isles sweaters that are hand-knitted by my Norwegian grandmother. 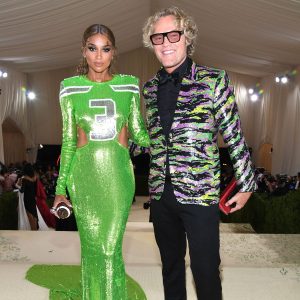 ELLE: What was your first designer splurge?

PD: I spent my rent on a Gaultier jacket when I was a kid living in New York, then I went on to become his designer for 8 years.

ELLE: What’s next for you in your career?

PD: Relocation to Los Angeles. A new page in our life and a new exciting adventure!

PD: Fjord Cruise to explore my roots where I see the Northern Lights, a trip to India during Holi with my kids, a Christmas trip to Antarctica, an Aiwaska experience, New Greek Islands to discover, Polynesia, Hermitage Museum in St Petersburg, Glastonbury festival with friends, exploring Utah and the Grand Canyons. 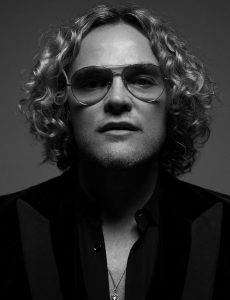 ELLE: What’s the one thing that annoys you the most?

PD: @GoodNewsMovement, and anything funny or nature. I also love fashion illustrators.

ELLE: Which is your favourite sport?

PD: It is tennis, which I discovered during lockdown