Love Pride & Prejudice? Here Are 5 Adaptations You Must Watch

You know the one Jane Austen adaptation that has never gotten any hate? Pride & Prejudice. Flawless in its every adaptation, the OG enemies to lover trope, continues to charm new and old readers is a touching reminder that Austen’s tale is deeply rooted in universal themes that can and will resonate with anyone.

I found five adaptations that capture the core of Pride & Prejudice — an award-winning web series that ushered the vlog crowd to the beloved classic by Jane Austen, a fan-fiction, because how can we ever ignore those who chose to continue the story for us even after the author wrote ‘The End’, and a modern adaptation that flies the flag for LGBTQ-themed romantic comedy. It would be remiss of me to not begin my list without talking about my favourite adaptation. The movie deviates from the novel, in varying degrees; it focuses entirely on the relationship between Elizabeth and Darcy, has dialogues, which match and celebrate the modern idiom with archaic phrases. And, though the movie is innocent in its courtship as Austen intended it to be, you cannot deny that scenes in the movie (read: the first proposal, hand flex scene, second proposal) have a charged flirtatious atmosphere to them, which I feel, we must all welcome. 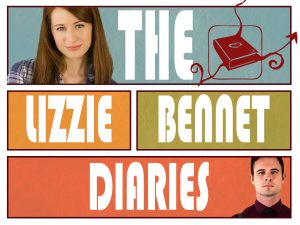 I was utterly disarmed by this adaptation of the classic. It is smart, hilarious, and successfully removes itself from the Regency era and takes you right into the bedroom of its eponymous character Lizzie! Recorded in vlog-style format, the award-winning web series follows the tale of a beleaguered media graduate Lizze, who attempts to (un) successfully dissuade her mother’s blatant overtures in getting all her daughter’s married.

Narrated by Lizzie, the web series consists of episodes no longer than 4-8 mins, and begins when Netherfield Hall has been let at last to Bing Lee, who is studying to be a doctor, his sister Caroline and his best friend, Darcy, who runs Pemberley digital. 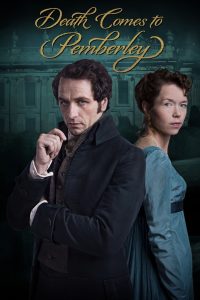 If you like me, have ever wondered how well adjusted would Darcy and Elizabeth be to the married life, I am happy to report, they are perfectly and incandescently happy.

We meet the Darcy’s, six years after their marriage, and we stumble upon a murder committed on the grounds of Pemberley with Wickham emerging as the number one suspect. Written by P D James, the murder mystery was adapted into a three-part mini series by the BBC. I am not going to tell you who the villain is, but there was just one villain in the original, iykyk. 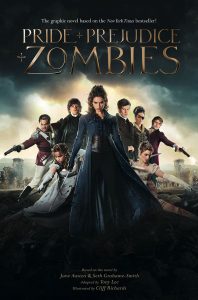 My younger sister, Samhita, introduced me to this book. Everything is the same, except the Bennet sisters have been trained by the Chinese to fight Zombies who have polluted the shades of Pemberley. Not a terrible adaptation, but a refreshing one to see Elizabeth and Darcy as the zombie fighting duo out to save the world. 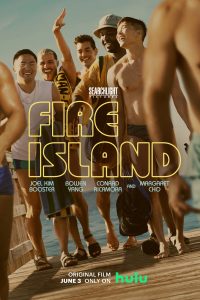 This joyous modern adaptation of the classic is filled with plenty of hearty laughs, heartfelt sighs, and heartbreaking moments that make it a truly spectacular adaptation. The Bennetts are now a family of five gay men headed by ‘mum’ Erin, who visit Fire Island, a queer haven, for what might be their last time together. They bump into Charlie and his group of friends (Bingley, Caroline, and Darcy) and a comedy of manners, classism, and love ensues.