Stranger Things Season 4 Vol 1 dropped some lightning with its plot twists, new characters and flashbacks and now Vol 2 is ready to bring in the thunder. From Hopper’s return and El losing her powers to Kate Bush saving the day, and Steve and Nancy making some serious eye contact— the previous season left us with quite a few unanswered questions. While the new trailer gave us a few hints of what to expect in Vol 2, fans are coming up with the craziest theories to unpack all the information they’ve been given so far, some of which make a lot of sense. Brace yourself, we might have a few character deaths coming up.

1. Ms Kelly Has A Connection To Vecna 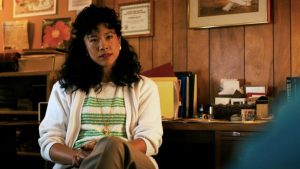 Vecna targets kids with unresolved trauma but how does he pick and choose who he should go after? Fans believe that the school counsellor Ms Kelly has been feeding intel about her students to Vecna. She’s had sessions with all his victims, likely noticed the similarities in their symptoms but didn’t report it and wears a gold key-shaped necklace with a clock on it which fans think is a reference to the grandfather clock that is synonymous with Vecna’s murders. Some fans on Twitter have also gone as far as to suggest that Ms Kelly could be Henry Creel’s sister Alice, all grown up.

2. Vecna Took Will In Season 1

In season 1 we were led to believe that Will Byers was taken by the Demogorgon. But fans who have gone back and rewatched the season have pointed out that Will’s disappearance has similarities with Vecna’s patterns like when Will falls off his bike, you can hear a clock in the background, which is the same sound that Vecna’s victims hear when he takes them. Furthermore, Will survives because he was singing his favourite song. 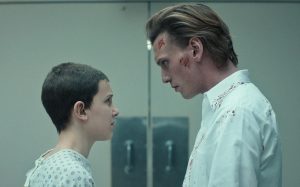 We’ve been introduced to El’s mother but the details about her father are still unclear. “You’re telling me Brenner just figured out how to create a bunch of telekinetic babies artificially and that quickly after studying One? This may be dark for Stranger Things, but what if he inseminated some women/test subjects (including El’s mother) with One’s…DNA? El’s biological mother, Terry, joined the Hawkins Laboratory experiments in ‘69, and El was born in ‘71, meaning she was conceived during Terry’s time there,” says a Reddit fan theory. Maybe Vol 2 will pay an ‘I am your father’ Star Wars homage to go with the ’80s theme of the show.

We don’t see a clip 010 died when 001 brutally attack the lab, the fact that he is in the other room with ‘papa’ and Eddie also said “my hair was buzzed” 😭 and makes this theory more reasonable that Eddie is 010 #StrangerThings pic.twitter.com/rrp2GLUFPi

Sparked by one line on the show that points out that Eddie had a buzzcut in the past, the theory of him being 010 might be a little farfetched, but think about it— why would they introduce and give so much screen time to a brand new character in the second last season of the show if he wasn’t significant in some way? Plus, he always wears a watch, possibly to hide the 010 tattoo on his wrist.

5. Eddie Will Sacrifice Himself

In the Season 4 trailer, we see a clip of Eddie in rock n’ roll mode in the Upside Down. We know that music is the key to avoiding death via Vecna, and fan theories suggest that Eddie will sacrifice his life trying to save Nancy from Vecna’s psychic hold by playing her favourite song. From being a coward who runs away from danger, to eventually saving the day, the heroic ending will complete his character arc. Robin also has a role to play here. Fans believe it will be Robin who knows the song that will rescue Nancy because she was looking through the cassettes in her bedroom.

Stranger Things Season 4 Theory: Steve is definitely dying. They are teasing nancy and steve just so they can kill off steve. Steve will most likely sacrifice himself for nancy either whilst she is in Vecnas mind control or after during some other situation. pic.twitter.com/RQqVV0r6Li

If there’s anything we’ve learnt from Avengers Infinity War and Endgame it’s that a hard-hitting finale has multiple character deaths. According to the laws of fiction, the most loveable characters on a show must die and fans think Steve is going to be the next to bite the dust. “I’m sorry but the way they are making Steve so likeable and trying to heighten the complexities of his bond/attraction with Nancy this season feels like it’s a setup to kill him off. I really wouldn’t be surprised if he goes in the next chapter” says another Tweet. 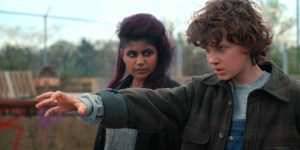 A lot of fans have predicted that Kali Prasad aka 008 will return this season to help Eleven defeat Vecna. “Thinking about how Erica’s attack that defeated Vecna in the DnD game was a 20. 11 alone failed, but 011+008+001 = 020. Could it take El and Kali turning 001’s powers around on him to defeat Vecna in the end?” a fan tweeted. There is also a theory that Dr Brenner in season 4 isn’t real. It’s actually just Kali using her power of illusions to help Eleven regain her powers. 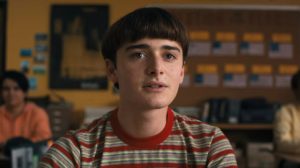 With all his neglect in the previous season, fans are convinced that something is up with Will’s storyline. While some theories suggest that Jonathan may be killed in the Upside Down which will push Will over the edge, others think that the Mindflayer is none other than Will himself, or at least his Upside Down counterpart. It makes sense for multiple reasons— time in the Upside Down is stuck on the day of Will’s disappearance, he is one of the only victims to escape the Upside Down and everything in this other realm is from his favourite game Dungeons and Dragons. Maybe it isn’t Vecna who is going to be the supervillain of the next two seasons, but the Mindflayer, and by extension, Will.