6 Simple Ways To Have A Healthier Mind This Year

Global Icon, Artist of The Decade, Woman of The Decade, and three-time Grammy Album of the Year Winner are just a few titles attached to the creative triumph that is Taylor Swift. At a surface level, she is a pop megastar at celestial echelons, but a closer look reveals that there is much more to her legacy. Not only does Swift create soulful, enduring tunes, but she also makes groundbreaking moves in her industry and the world. Often vilified by the media for these very actions, if one digs a bit deeper, it is easy to see that the world is a better place, thanks to Swift.

Shattering the glass ceiling is an everyday affair for Swift – With Folklore, Evermore, and Fearless (Taylor’s Version), she became the first female artist to have three albums charting at number-one in less than a year, beating The Beatles’ coveted 54-year-old record. In her free time, she challenges societal and industry norms with her uniquely kind approach to life and business, which makes Swift a true force to be reckoned with.

A Force for Change 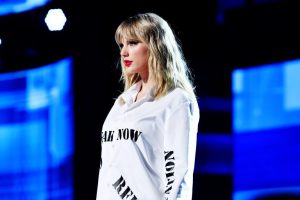 In an industry infamous for its exploitative contracts towards creators, Swift’s battle for the ownership of her masters is revolutionary in several ways. The unsavoury sale of the first recordings of her first six albums to Scooter Braun, who has historically bullied and humiliated Swift, was her “worst-case scenario”, and the only option for her to own her masters involved signing a gag order, which essentially barred her from ever speaking about the issue again. It was shocking that someone with her clout could be so helpless in a situation like this. She vocalised her displeasure at the sale, let her audiences know that she was being actively blocked from using and performing songs that she had created (some of them solely), and laid bare the ugly inner workings of an industry that nobody dares to reveal. Her calls for help made musicians and fans aware of their rights, what they should look out for in contracts and laid out a blueprint for reclaiming their work from profiteering labels. She chose the rockier path and set out to re-record her albums so that she could own them again – and it has gone fabulously for her so far. Fearless (Taylor’s Version) reached number one in Australia, Canada, Ireland, New Zealand, Scotland, the United Kingdom and the United States, becoming the first re-recorded album ever to top the Billboard 200 chart. Apart from the sheer genius of attaching the moniker ‘Taylor’s Version’ to her new albums, her move has undoubtedly inspired many other artists to take back what’s theirs. 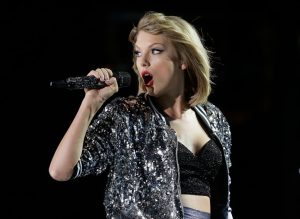 Taylor Swift during her ‘1989’ World Tour at ANZ Stadium

The singer-songwriter’s influence doesn’t end at the music industry. A highly vocal feminist, her widely publicised sexual assault case was a landmark one – Swift sued radio jockey David Mueller for groping her in 2013 for only a single dollar in damages – which she consequently won. The aim was not to bankrupt the perpetrator (even though he had sued her for defamation to the tune of a cool $3 million) but to set a precedent for other artists and women around the world to speak up and hold predators accountable for the irreparable damage they cause. Swift’s measured disposition and absolute certainty during proceedings was admirable, despite the attempts made to disparage her claims. Her case continues to be a historic one, with the judgement and nominal sum being cited in several following cases in the American judiciary. In 2016, she donated $250,000 to singer Kesha to assist with the legal fees for her sexual assault case, followed by a 2017 donation to the Joyful Heart Foundation for survivors of sexual assault. When somebody of Swift’s profile publicly fights sexual assault, it sends ripples through the world, which gives women the gumption to speak up. The hitmaker has also openly condemned the misogynistic language used against her in tabloids and magazine headlines, which belittle her achievements: the latest being a slut-shaming joke made about her dating life on Ginny and Georgia. 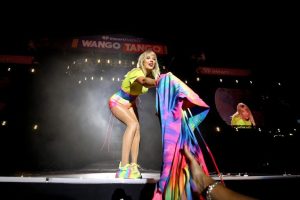 In the era of streaming, Swift has challenged the two biggest streamers – Apple Music and Spotify – with casual valour, which is characteristic of the Pennsylvania native. In 2015, she wrote an open letter to Apple, addressing the 3-month free trial that they offered their users while choosing not to pay the artists whose catalogues they streamed. “We don’t ask you for free iPhones. Please don’t ask us to provide you with our music for no compensation”, she wrote to the tech giant. It’s safe to say that Swift would coast through three months of going unpaid, but smaller indie artists would be in a precarious position if not compensated. Her missive, along with her choice to pull her then-latest album 1989 from the platform, resulted in a milestone moment in the history of music: Apple rolled back its policy and chose to pay musicians for a free trial period as well. Similarly, with Spotify, she withdrew her entire back catalogue for close to three years to protest their minuscule per song play payment to artists. 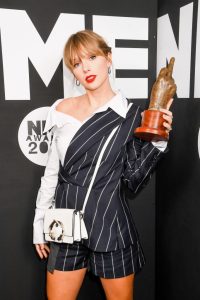 As a country singer, it had been ingrained in Swift that all she was allowed to do was sit pretty, sing songs, and smile – political activism never figured into her plan. The fear of being “cancelled”, like the Dixie Chicks had been, kept her quiet too. To lose what one has built for years over a political tweet was, well, scary. However, after being silent for years, she broke out of her chrysalis and made her political views clear: She was pro-choice, she believed in gender equality, she stood in favour of the LGBTQIA+ community, and she actively shunned the systemic racism that is so prevalent in the system, as seen in her documentary Miss Americana. She called out Donald Trump, inspired thousands of young voters to educate themselves and go exercise their democratic rights with her empowering anthems and impassioned pleas, and effectively took her place on “the right side of history”, despite being warned by her management that it could ruin her career and she could lose millions from her fanbase. Her political views are now as much part of her legacy as her autobiographical songs are and a beautiful way to utilise the power and influence she holds amongst people, both young and old.

The Art of Longevity 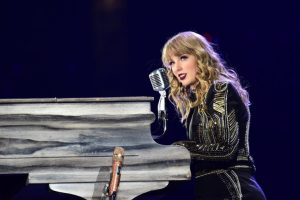 Artists face the danger of becoming redundant all the time – Swift herself has professed her fear of becoming irrelevant. Female musicians are subject to deeper scrutiny and earlier “expiration dates” as compared to their male counterparts. Perhaps it is this fear or a keen sense of business that has propelled her to create sonic and atmospheric “eras” with each album release, which leave fans guessing and wanting more. Each era brings with it new clothes, new vibes, and a new sound for Swifties to obsess over, along with elaborate tour sets for them to look forward to. Swift has successfully conquered country (a genre that she revived, and how), pop, and now alternative genres with ease, floating through sounds effortlessly and breaking records on the way. While the eras are a stroke of brilliance on Swift’s part, it is worth noting that the music that she made in 2008 continues to not only be relevant but very much in demand in 2021. Her self-doubt might be wholly unneeded, as “Love Story (Taylor’s Version)” topped the Billboard Hot Country Songs chart, giving Swift her eighth number-one single and first-ever number-one debut on the chart in 2021. It also made her the second artist in history to top the chart with the original and re-recorded versions of the same song, after Dolly Parton. Fearless (Taylor’s Version) had the biggest opening day for an album on Spotify in 2021, with more than 50 million global streams in its first day on the platform. 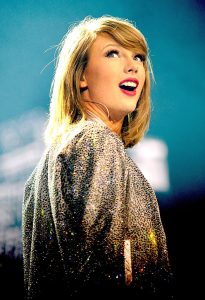 The top ten spots of Apple Music’s global country songs chart were ruled by Fearless (Taylor’s Version) tracks, and fourteen of them charted on the Billboard Global 200 chart. It also became the first-ever re-recorded album to reach number one in the US. Speaking of things that last forever, Swift keeps remaking the rules of the music industry – any insider would say that physical formats like CD and vinyl are dead, with the exception of novelty purchases, but Swift’s physical CD sales only increase every year, and she broke the modern-day vinyl record, earlier held by Jack White for since 2014, with over 40,000 sales of the Evermore vinyl within just three days. 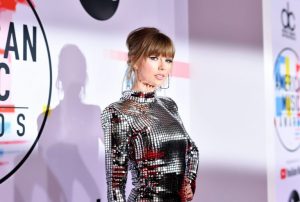 Unsurprisingly, Swift’s fans (managed by an accurately named Taylor Nation) share a close personal bond with the superstar. For those who think this is impossible, Swift has achieved this incredible feat numerous times and continues to change the landscape of how artists interact with their communities. She has been known to closely follow the personal lives of her fans through social media, call them to her home for secret listening sessions of her albums while she bakes cookies for them, and even step in to help them out when they need it. The superstar has paid off fans’ college tuition, flown in for their weddings, and even sent out hand-wrapped Christmas presents to her community – all of which is unheard of for a celebrity of her stature. The intimacy that Swift shares with her fans is second to none and a big factor in her perennial success: fans are close friends, not just pockets to dig deep into. 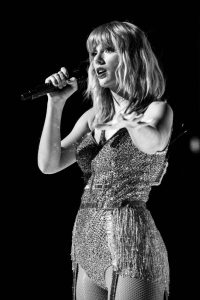 Over the years, Swift has donated such a considerable portion of her wealth towards education, wildlife, disaster management, uplifting victims of gender-based violence, and LGBTQIA+ that she continues to be the top contributor at websites like Gofundme.com. She has bailed out individuals during the COVID-19 crisis (allowing people to pay rent, buy groceries, pay fees, and survive after the death of their breadwinners) time and time again and quietly continues to contribute to other individual causes as well.

It is the rarest phenomenon when a single star leaves its trails across every sky. Swift’s meteoric cultural impact continues to shape history in ways we wouldn’t have imagined in our wildest dreams, and it’s time to see past the media trials she’s put through by virtue of being a woman, and recognise how dark the world would have been without her. 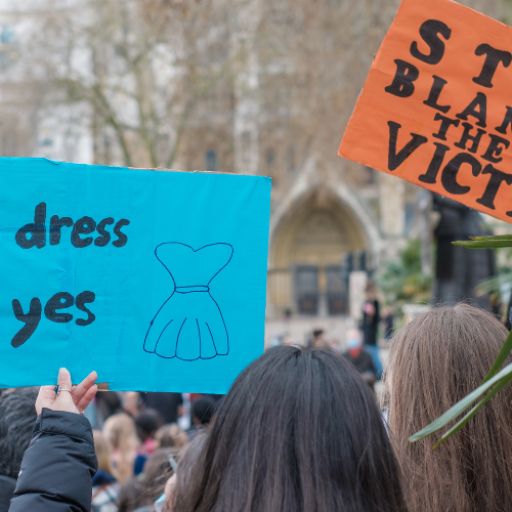 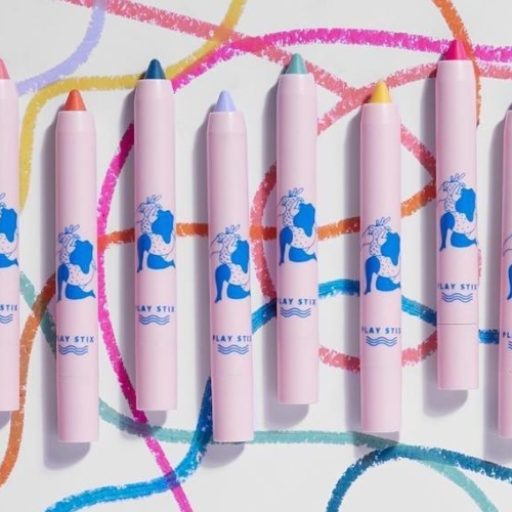 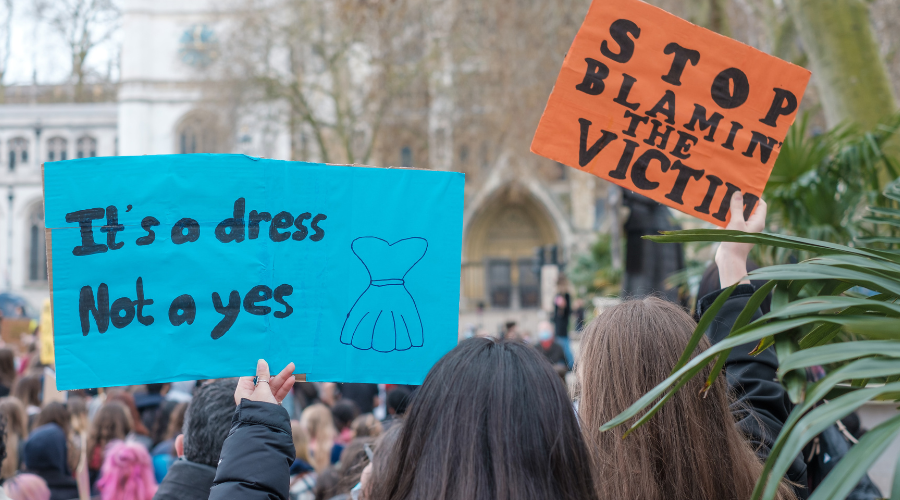 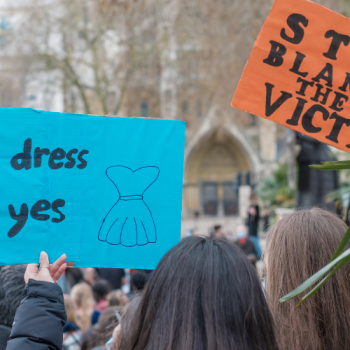 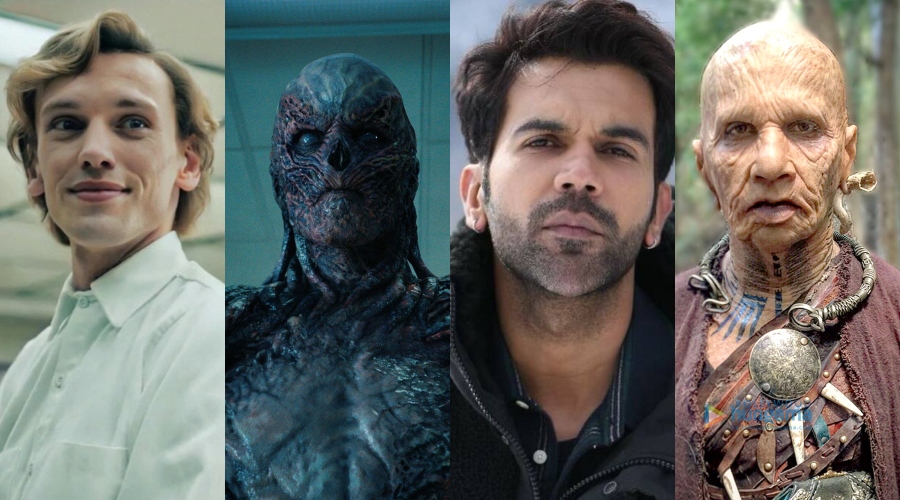 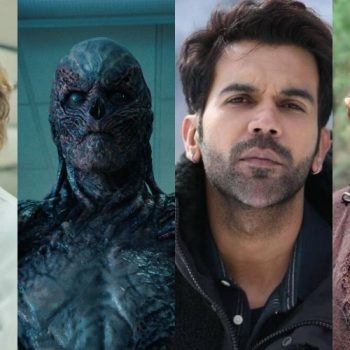