“I want your midnights,” sang Taylor Swift in her 2017 Reputation track New Year’s Day. In 2022, that lyric has a whole new meaning for her fans who eagerly await her 10th studio album Midnights, all set to release on October 21. But it wouldn’t be a signature Swift drop if there weren’t tapestries of potential clues and easter eggs rolled out for her fans to untangle. As they say, the devil works hard but Swifties work harder— whether it’s number synchronicities or colour references, nothing goes unnoticed. By now we know the names of the songs, that Lana Del Rey is a featured artist and Jack Antonoff is collaborating on the production, but fans have a few more theories about what’s going on in the ‘stories of 13 sleepless nights’, take a look:

Midnights Is The Sister Album To Lover 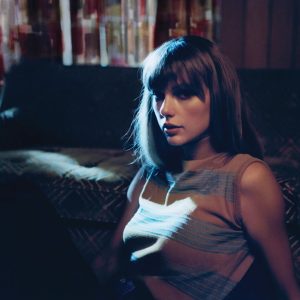 In 2019, just days after Taylor dropped her seventh studio album, Lover, she revealed that the record was originally going to be called Daylight, which is also the name of the last track on the album. While Lover explored the pure golden light of falling in love, Midnights dives deep into the dark, loneliness of the night. If Lover was pastel pinks cotton candy, Midnights is going to be navy blue and glitter. “I wanna be defined by the things that I love, not the things I hate, not the things that I’m afraid of, not the things that haunt me in the middle of the night,” goes the lyrics of Daylight and fans now believe that was a clue about her new studio album Midnights being a sister album to Lover.

the way that Taylor ended lover talking about the things that haunt her in the middle of the night… and then followed lover with an album of things that keep her up at night @taylorswift13 #TSmidnighTS pic.twitter.com/YxmFlAEM4A 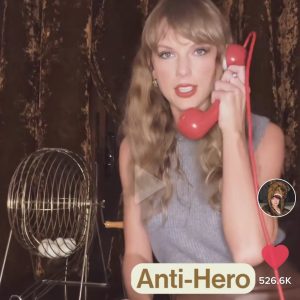 In her TikTok series Midnights Mayhem with Me, Taylor revealed the name of each song on her album with the help of a bingo roller machine and a vintage red phone. Fans were quick to notice that for the songs ‘Anti-Hero’ and ‘Vigilante Shit’ she held the phone upside down. Stranger Things jokes aside, Swifties think that since Anti-Hero’s music video has been announced, Vigilante Shit is the 2nd music video in line to drop on October 25. There are also talks about ‘You’re on Your Own, Kid’ and ‘Bejeweled’ being special tracks on the album since Taylor held the phone on the opposite side of her face while announcing them.

While announcing ‘Bejeweled’, Taylor is seen wearing an argyle sweater that looks identical to the one seen on Sadie Sink in the All Too Well short film. “A never-needy, ever-lovely jewel whose shine reflects on you,” goes the lyrics of the song which has fans convinced that Taylor’s new song will be making references to her All Too Well, ‘Red’ era in some way. Time for Jake Gyllenhaal to go into hiding (again).

“All I Think About Is Karma” 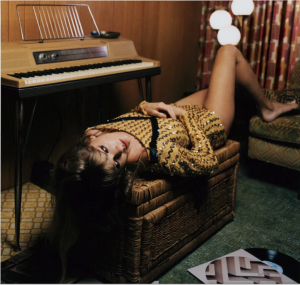 There have been rumours about Taylor Swift’s ‘lost’ rock album named Karma ever since she broke her two-year cycle for releasing albums in 2016. Since then, fans have been trying to figure out the missing piece of the puzzle by picking up on clues dropped by the singer. In ‘The Man’ music video, there is a long shot of a wall that has all of Swift’s album names, including a missing sign and the word ‘karma’ graffitied next to it. In a video interview in 2016, she stated ‘karma is real’ and now in 2022, Taylor announced that the 11th song on Midnights is titled ‘karma’ before breaking into a mischievous giggle. Fans are convinced that the song is a Kanye West diss track that will make references to their 2016 feud about his single ‘Famous’. As one Twitter user noted, the original demo of Kanye’s song leaked online on Oct. 6, 2016, and Taylor announced ‘Karma’ on Oct. 6 of this year. Midnights might just be her long-overdue Karma era exactly six years later. One word— genius.