After making waves in the party planning and event management space in Mumbai, Vedant Mahajan is making a huge impact on London’s entertainment scene with his firm ‘MVM Entertainment London’.  A perfect example of work hard, party harder, quite literally!

It is often said that a bucket list is an invitation to dream bigger and this is a philosophy that 25-year-old entrepreneur Vedant Mahajan certainly lives by. The young, self-made business man who is the founder of ‘MVM Entertainment London’ is currently basking in the success of his event management company that has taken the world of London nightlife by storm. Buoyed by an emphatic post pandemic growth, things are definitely looking onwards and upwards for Vedant as he plans to launch his own NFT collection called Billionaire Bears Society.

How often do we see a young yet competent 22-year-old boy from Mumbai, making it big on his own merit in one of the biggest cities in the world? Well, this is Vedant Mahajan for you.

Vedant’s foray into the entertainment space which happened in 2015 is a rather interesting story. Back then, 16-year-old school and college students in Mumbai found it difficult to venture into clubs and restaurants to celebrate occasions like New Years. There were issues like high costs and permission from home. Vedant and his friends saw this as an opportunity and started organizing parties on his terrace for his classmates and friends. The parties were planned to the T with food, music, decor and even a DJ console being taken care off.  These get togethers were not only the talk of the town with an overwhelming number attending them, it was also the start of something big. 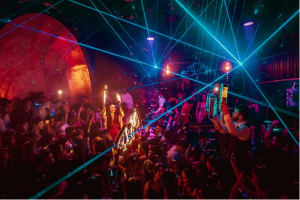 Having organized New Year’s for three years in a row, 19-year-old Vedant was soon approached by Mumbai’s biggest hotels and night clubs to organize and curate events for them. This was the genesis of MVM Entertainment which has since then hosted more than 300 events in Mumbai apart from organizing events in other cities like Delhi, Bangalore and Goa. MVM has the unique distinction of collaborating with international artists like- 88 Glam, Ramz, Ramriddlz and Murdabeats to grace their events in Mumbai. The acquisition of a stake in Mumbai’s iconic nightclub, Tryst in 2019 was a milestone in the company’s journey. 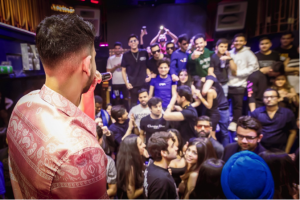 The fall of 2019 saw Vedant securing admission into one of the world’s best universities, University College of London (UCL). He left Mumbai and shifted to the city to pursue a Masters in Entrepreneurship. While in London, Vedant noticed a huge diaspora of Indian and South Asians students who were studying in London. He further realized that these students yearned for a place like home and were seeking experiences that were reassuringly familiar. However, their experiences in some of the fanciest night clubs and restaurants in London seemed alien. It was anything but comforting as they wanted to enjoy and party at a place where they felt a sense of belonging.  The run of the mill Indian student nights did not match the luxury and vibe these students were looking for. 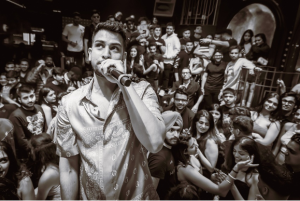 This is when Vedant decided to host personalized events for the South Asian community studying in London. Given that the festival of lights aka Diwali is the biggest Indian festival, Vedant deemed it would be the ideal occasion to host a party. While he initially expected about 40-50 people to attend, the party was attended by a whopping 500 people which inspired him to be an intrinsic part of the hospitality and nightlife industry in the UK. Post Diwali Vedant organized three large events in London at their biggest nightclubs- Cirque Le Soir, London Reign and Tape London where the likes of Justin Beiber, Drake and Travis Scott had performed in the past.

Just when Vendant felt that there was no looking back, pandemic struck forcing him to return to Mumbai. After two years of struggle and battling against all odds, Vedant resumed operations once the world reopened after the pandemic. With an urge to come back bigger and stronger, Vedant recruited a bigger team than ever before; with 10 people working full time and another 25-working part time. Since then, things have been looking extremely promising with MVM Entertainment hosting close to 20 big events in London in a span of 6 months at the world’s biggest clubs, featuring some of the world’s biggest artists and performers. 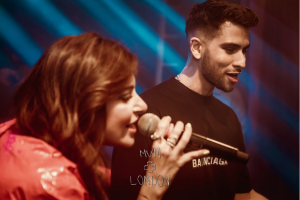 They have had the likes of Ranveer Singh, Lil Pump, Kanika Kapoor, Imran Khan, Divine, Tesher, Ritviz, Garry Sandhu and Ramone Rochester attend and perform at their events. In fact, Vedant considers Lil Pumps first-ever live performance in London dubbed the Gucci Gang fame event as one of his biggest. Held in March 22, this one had Ranveer Singh attending and even perform on stage.  Arguably the biggest star of Bollywood, Ranveer Singh has attended two back-to-back MVM events as a guest. He could not stop himself from going up on stage while showcasing his moves at the events.

Their Holi Party of 2022 where an empty warehouse was transformed into a super chic party venue akin to an international music festival has also been one of their highlights. 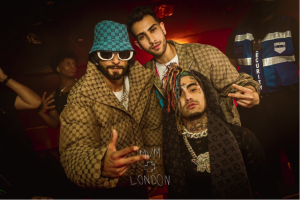 MVM Entertainment has also worked with big brands like Adidas, Superdry and Range Rover to host and curate their launch parties with all aspects like alcohol, decor, music, sound and light, and even the guest list being taken care by them.

Vedant firmly believes that the soul of any party is personalization and creating an ambience where the attendees feel a sense of belonging and can have a lot of fun. According to him an event consists of three main aspects: People, Music, and Execution.   His future plans include launching an NFT Collection which is fully integrated into the metaverse called Billionaire Bears Society for which he has partnered with renowned artists like Karan Aujla, Garry Sandhu and Dilpreet Dhillon. 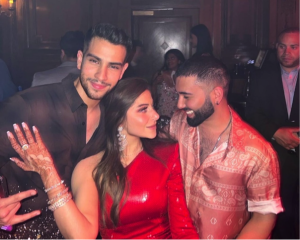 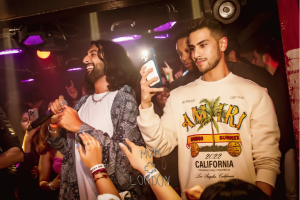 He also wants to make MVM Entertainment a global brand by expanding to other countries and also hopes to open his own restaurants and nightclubs in London in the near future.  Vedant recently celebrated his 25th Birthday “#VM25” by hosting two huge events in Mumbai and then in London. 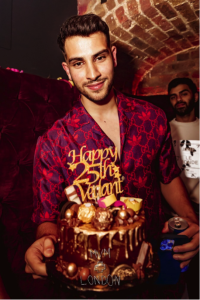 Do not follow where the path may lead. Go instead where there is no path and leave a trail — Ralph Waldo Emerson