Growing up as Indian kids, our summer breaks were spent either at our grandparents’ humble abode or at religious sites sold to us as hill station vacations. Nothing much changes in our teen age, the maximisation of our adventure extends to our innocent hide-and-seek with a neighbourhood boy we crush on—whom we casually forget after returning to the city. 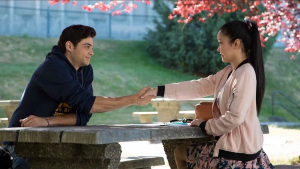 Our idea of summer revolves around the faint smell of mango pickles, your grandma’s endless fables and reading our favourite book on a half rusted swing hanging on their porch. It sounds like a sweet deal until we watch our first American/British hallmark summer movie. Basic trope: City girl with good grades and separated parents visits her under ambitious father who now lives in a small town on a beach. The girl explores this new town in a quest to find herself and ends up meeting a mysterious boy—preferably a guy with dual talent. A popular jock who fixes cars in his free time, a learned musician who’s also a skateboarding champion or an academist with a serious knack for graffiti. Boy meets girl— the start of an epic romance, hurdled with a few emotional roadblocks only to eventually find their way back to each other. The in-between you ask?  Epic bonfire dates, lake jumping scenes, Ferris wheel kisses and 4th of July firecracker watching under the stars. 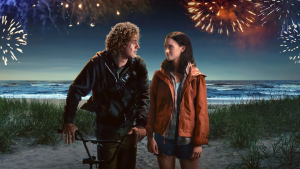 After watching these movies, I knew I was robbed of the chance of having an epic summer romance with a farm boy who would have eventually headed to an Ivy college—so I settled for watching them all. No seriously, I can lip-sync to all of the dialogues from The Notebook and The Last Song. If you’re planning to indulge in these sweet, summer romances to escape the mundane realities of life, let me provide you with a list of all my personally vetted romantic flicks.

Like a typical angsty teen angry at life because of her parent’s divorce, when Ronny (Miley Cyrus) and her brother are made to spend their summer in a small beach town far from New York with their estranged father, she mopes around for the first few days. Until she meets Will, (Liam Hemsworth) falls in love and through this process finds a way back to herself. In this film, music also plays a binding factor between the characters and their bonds—with the protagonist being a pianist, who reconnects with her father because of their common love for music. Fun fact: Nicholas Spark wrote this book specifically for Miley and it became the starting point of her most significant real-life love story.

Set in 1940s South Carolina, a working-class Noah Calhoun (Ryan Gosling) and rich girl Allie (Rachel McAdams) fall madly in love, but obviously, her high-society parents disapprove of the relationship. After a whirlwind of summer romance, they both part ways. Noah goes off to serve in World War II, and Allie finds herself building a different life away from him. Years later, as she is about to marry another man, Allie learns about Noah’s whereabouts and their reunion is nothing short of magical.

What happens when two of the most important men in your life happen to be brothers? Elle Evans played by Joey King falls in love with her best friend’s elder brother Noah (Jacob Eloradi) and throughout the three movies, the trio navigates through this complicated situation. From bucket lists to deciding on future colleges, The Kissing Booth is the perfect summer romance series to binge on.

Lara Jean played by Lana Condor is an introverted, daydreamer in high school who writes secret love letters to her five crushes, across different stages of her life but never sends them. Worried about her lonely lifestyle, her younger sister Kitty decides to send them all out. While it turns Lara Jean’s life upside down, it also starts her budding romance with the school’s heartthrob Peter Kavinsky (Noah Centineo). What happens next? Watch the movie and find out.

5. Along For The Ride

Right before starting college, Auden, A straight-A student visits her father in the small town of Colby to spend her summer interning at her stepmother’s beach shop. In a quest for an epic summer outside of her good-girl routine, Auden meets the free-spirited Eli, a fellow nocturnal and the duo decides to spend most of their nights doing adventurous activities she’s never done. Spoiler alert: If for nothing, please watch it for their first laundromat/secret pie shop date, it will instantly make you want to find a stranger to go on a fun crusade with (but don’t).

Based on Anna Todd’s novel, the After series follows the love story between Tessa, a certified geek (Josephine Langford)and Hardin Scott (Hero Fiennes Tiffin), a charming bad boy with an academically sound brain. Their magnetic bond makes Tessa question everything about her life and the movies follow their journey of love and destruction.

When a high school student (Noah Centineo) creates a special app to offer his services as a  temporary date to earn money for college, the idea works until his plan gets complicated after catching feelings for one of his clients, and the rest is for you to watch and discover. I mean, who wouldn’t want to watch a movie with Noah swooning women at his finest? I didn’t think so.

Based on the makeover trope, He’s All That is a 2021 remake of the 1999 film She’s All That, with a modern adaptation starring Addison Rae and Tanner Buchanan. Padgett Sawyer, (Addison) a TikTok influencer whose fake image gets jeopardised after a controversy. To redeem herself, she accepts a challenge to turn the school’s least popular boy, Cameron Kweller, an antisocial photography student, into prom king.

Call Me by Your Name is a  coming-of-age movie based on a novel featuring a romantic relationship between 17-year-old Elio Perlman (Timothée Chalamet) and Oliver (Armie Hamme), a handsome doctoral student who’s working as an intern for Elio’s father. The movie discovers the passion of desire awakened during one summer that lasts forever.

Tessa, played by Joey King is a cynic and doesn’t believe in happy endings until she meets Skylar, a hopeless optimist. After a brutal car accident kills Skylar, leaving Tessa shattered, she finds ways to grieve her loss by understanding more about the afterworld. In an attempt to give their love story a deserving ending, Tessa tries to contact Skylar one last time, through which she discovers the meaning of ‘In Between’—the passage between the world and the afterlife.

To read more about movies that strike a chord, read here.