Everyone knows Namjoon. He’s a Grammy-nominated artist, fondly called RM, who is acclaimed for his rapping and songwriting skills. But those who go beyond the platitudes and follow their favourites on Instagram and deep dive in to their lives, more accurately described as stalking, will know that Namjoon is also an ardent art and literature lover.

It might be a tired cliche but the books on a person’s shelf do make statements about the individual and for Namjoon fans, it’s a treat. His first solo album Indigo is his last love letter to his twenties; he traverses through a lot of topics, sharing his views and sentiments while showcasing a diverse range of musical styles through working with various artists. Is this anything Namjoon can’t do? What has particularly got everyone took is RM’s influence on the booktok that has made big moves in major bookstores across the globe. Case in point, Barnes and Noble where people can peruse through an entire separate section dedicated to his recommendations.

RM was first drawn to the art and literature world because of boredom, which he explains in a thoughtful podcast episode of Intersections: The Art Basel Podcast. One of the biggest Booktuber on YouTube Jack Edwards, spent his entire week reading every book RM has recommended and said “RM has this incredible TASTE!!! filled with intelligence, also… please accept this video as my official application to join the BTS ARMY”.

From fictional novels to poetry, timeless classics to self-improvement essays, RM’s list is an eclectic mix. Here are some books that he recommends- 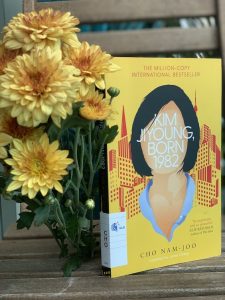 Kim Ji-young, Born 1982  is considered one of the best feminist books to come out of South Korea. When Namjoon recommended it, he found himself the target of hateful anti-feminist trolling. The book recounts the life of Jiyoung, age 33, who lives on the outskirts of Seoul with her husband and young child. In order to care for her daughter, she quits her career. Hers is the story of a girl who finds herself at loggerheads with patriarchy too often. Faced with sexual harassment and blamed for it, was overlooked for promotions in the workplace because “women can’t lead teams because of marriage, maternity leaves, and kids,”, the book deals with the tropes often faced by women everywhere. We learn more about the events that led to Jiyoung’s remarkable transformations as the story goes on. 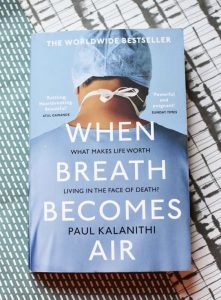 When Breath Becomes Air, a unique autobiographical work by US neurosurgeon Paul Kalanithi, a terminally ill physician-turned-patient who passed away at age 36, has received a lot of praise and favourable reviews. This has an air of haste and inevitability to it, in comparison to other works of the same genre, which lean towards relaxed reminiscences and extended contemplating. After learning that he had terminal cancer, Kalanithi’s “capacity to make lunch plans had been shot to hell,” and he discusses with readers his thoughts on life and death, on being a doctor and then a patient, and on leading a meaningful existence. 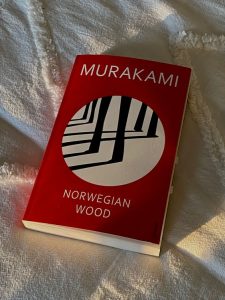 Norwegian Wood masterfully recreates a young man’s first, despairing, and heroic experiences by fusing the story of one college student’s amorous coming-of-age with the music, attitude, and ethos that defined the 1960s. Toru, a shy and somber young college student in Tokyo, is deeply in love with Naoko, a lovely and reflective young woman, but their shared devotion is characterised by the devastating loss of their best friend years earlier. While Naoko finds the stresses and obligations of life intolerable, Toru starts to adjust to university life and the loneliness and isolation he experiences there. Toru finds himself reaching out to others, and attracted to a fiercely independent and sexually liberated young woman as she withdraws even more into her own world.

4. Me Before You by Jojo Moyes 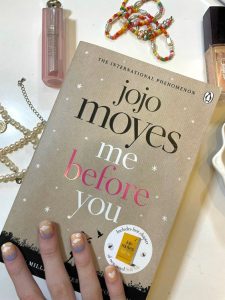 In Me Before You, the whimsical Louisa Clark, who lost her job and is now looking for a new one, shares her experience. This is how she meets Will Traynor, a motorcycle accident victim who tragically suffered paralysis. He no longer enjoys life and spends every day doing nothing except taking his prescription. The book follows the progression of their connection as Louisa, his new caregiver, enters his life and sheds new light on it.  The book was later adapted into a movie starring Emilia Clark. 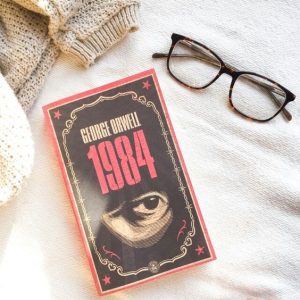 George Orwell’s dystopian book 1984, published in 1949, is about Winston Smith, a low-ranking member of “the Party,” who is irritated by the party’s pervasive eyes and its menacing leader Big Brother. Themes like media blackouts, government surveillance, authoritarianism, and how a dictator can corrupt history, ideas, are all skillfully explored by Orwell. And unsurprisingly, hold true in today’s times as well.  Winston Smith, the main character, starts a quiet rebellion against the party by recording his private thoughts in a journal, which is a lethal thoughtcrime. He starts a predestined battle for justice and freedom with his sweetheart Julia in a society where no one else seems to notice or object.

Also, read our story on 6 Times BTS Served Up Fashion Inspo During Their Concerts