5 On-Screen Antagonists We Love More Than The Protagonists

My affection for the anti-heroes hasn’t bloomed overnight. Even as a kid, I found Ursula devious but smart, as compared to the Little Mermaid, who willingly loses her uniqueness to be with a boy. Growing up, I understood that nothing is as simple as black and white, and the larger-than-life selfless characters as gatekeepers of humanity are overplayed. It’s the grey area that piqued my interest. Also, it didn’t hurt that the wicked antagonists were all so pleasing on the eye. 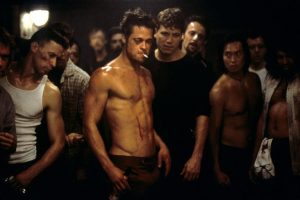 Of course, there’s a fine line between being downright homicidal and being misunderstood your entire life. For example, Joe Goldberg from You, a simple-looking book store manager is a complete psychopath. But, Damon Salvatore from The Vampire Diaries, even as a blood-thirsty vampire, is the poster child of redemption. The good guys are predictable and boring, but the bad guys keep you on the edge of your seat and have an incredible character arch that is multi-dimensional, just like the real people in the real world. Nobody is entirely despicable or virtuous at all times, humans act according to the situation and their emotions.  Read below to better understand the misconceived but oh-so-good-looking characters from your favourite TV shows and will definitely grow on you.

The ultimate hybrid (part vampire and part werewolf), Klaus Mikaelson was the oldest and the most dishonorable amongst the first family of the mystical creatures. He could pull out your jugular veins faster than you could say, ‘hello love’ in his almost-melting British accent if you piss him off. But, he will also give up the stature of being the oldest living blood-sucker (precisely 1000 years) to protect his family. If that isn’t enough to convince you, he looks excellent in period clothing, has long hair, and did I mention the accent?

The rugged armour and the smouldering brood don’t do it for you? No? Okay fine, then here’s my case for the lesser-evil Lannister. Sure Jamie was in an incestual relationship with his sister and pushed a young boy from the window to cover it up, but he does become a decent human being in the end because of Brienne of Tarth. The lady soldier actually teaches Jamie the true meaning of being a righteous warrior. He plays a pivotal role in shifting the power dynamic and loses an arm while doing so.

It’s the blue steel look, the round-framed vintage glasses, and the newsboy cap for me. Sure he is the patriarch of a dangerous mafia family, then what makes him so likeable? It’s because between bad and worse, the bad manages to stay remotely humanised in their decisions. Between the two opposing gangster groups, the Shelby’s are often favoured by the fans. Specifically, Thomas, the perfect complex character that toys with your emotions and makes you want to root for the criminal with a calm bravado.

Before Damon Salvatore entered the vampire multiverse, his brother Stefan had already cemented his position as the non-cannibal-human-friendly beast of the neighbourhood. But then, Damon entered the scene with his cheeky sarcasm and global warming causing stare and changed the whole game. He was the vampire who would kill for love and not for bloodthirst, which made him desirable even amongst the mere mortals wanting to switch to the other side. Also, he was an ally to the witches and proved his loyalty to their coven time and again, who can forget his epic friendship with Bonnie Bennett, the most powerful witch.

He is the God of  Mischief, it’s literally in his name. Loki in the Avenger movies starts out as this notorious character who is only looking to take over Asgard (his home planet) and then Earth. It doesn’t matter if he has to kill his brother or father for the same. Always looked at as the second best and in the shadow of Thor, you almost end up understanding the reason behind him acting out. In his recently released solo series, the audience gets to know the history of this troubled man, and you watch him metamorphose into a saviour from a savage.

Are you team villain yet or should I come up with a part two?