As someone who has been (and still is) working in magazines, I found the on-screen representation of our professional lives far from reality. While we all rooted for Andy Sachs in Devil Wears Prada when she turned her life around in those iconic Chanel Boots, the idea that she aced her job only after she upped her appearance remains to be problematic. While everyone enjoys their dose of TV based on fashion+metropolitan+complicated love lives, very few manage to have some semblance of truth in their portrayals. 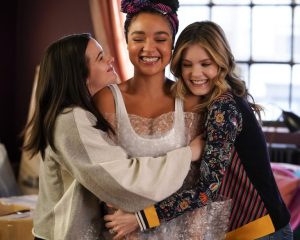 I recently stumbled upon a show, The Bold Type,  based on the lives of three millennials working at a leading magazine in New York. As I was preparing myself for another round of cliches like the mean boss at the top of the food chain, girl vs girl rivalry over Ken-doll resembling men and over dramatization of queer characters who work in fashion, The Bold Type pleasantly surprised me with a more realistic and believable take on glossy publications.  Of course, certain aspects were amplified, but then again, nobody actually wants to see a show based on late-night deadline chasing writers and their 3,48,521 long mail trails finding them well. 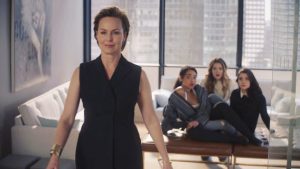 After a long binge-watch session, here are the six things I felt The Bold Type captured correctly about the magazine culture.

Two minutes into the series, with her red stilettoes introduction, I was sure she’s the newest member of the cruel boss cult, but Jacqueline Carlyle played by The Office famed Melora Hardin established herself as the modern-day matriarch we all need. She’s feisty when needed to shield her team but also the sharpest mentor who pushes her employees to chase after risky stories and exposes. Without blurring the line between personal and professional equations, she manages to hit the sweet spot where she plays the chief and the confidante.

3. Beyond Beauty And Fashion

In the pilot episode, the EIC’s toast at an office party perfectly sum’s up the soul of the magazine. She says, “Yes, we are a fashion and beauty magazine, but we are not JUST a fashion and beauty magazine.” Supporting this claim, during its four seasons, we see multiple issues like the #MeToo movement, casual sexism, and gender inequality being addressed within the story’s narration through its print and digital platforms. Even outside the journalistic storyline, problematic issues like gun violence and racial profiling are brought under the spotlight. The series also challenges the idea that magazines cannot do hardcore political journalism by offering an angle that was still relevant to the content they did.

4. Adult Friendships Minus The Teenage Drama

Benching the popular idea of pitting women against women, The Bold Type makes the female friendships of this show its main romantic plot. Yes, all the protagonists have their love interests, but nothing comes before their loyalties towards each other. Together they face real-life problems like breast cancer scares and mastectomy, career failures and miscarriages while simultaneously uplifting each other.

Tv and movies are finally catching up with real-life and are putting people of all colours, genders, diversity, religions and sects in prime roles and not just filling gaps with them as extras. The Bold Type has its share of hetero relationships, but my favourite is the one between Kat (Aisha Dee), who plays a bisexual and her partner Adena (Nikohl Boosheri), a Muslim lesbian artist. Another welcoming character is Alex (Matt Ward), a black, straight man working in a predominantly women-led magazine talking about issues relevant to women. He brings a compelling perspective to the table, different from the toxic masculinity we are often treated to.

Contrary to popular belief, magazines are not just all about an eight-page fashion spread of celebrity shoots and high-end parties with champagne showers. It’s about running stories and ideas that aren’t always commercially viable for business. It’s about finding a middle-ground with the management by winning some battles and losing some. The Bold Type takes you behind closed doors where the team jostles for budget, fights for the survival of print in a digitally inclined world and survive the repercussion of stands they took that legally backfired. It reveals the real-time hustle that is often hidden behind the smoke screens of the tall glass buildings.