It’s officially that time of the year again- and no, we’re not talking about the jolly old red man with gifts. Winter days are ushering in the cuffing blues and making hormones rage. And for those with partners it could mean all things jolly and merry, for others it could mean the opening up of a lot more incognito tabs. And of course, Instagram offers no respite, making you wander into everyone’s stories and invariably everyone is at their wedding or someone else’s. Which may make you want to sit in a corner and mourn the death of your love life but we suggest an alternative. Take things into your own hands, figuratively and literally.  Embrace the ultimate act of self-love, hit play on Sam Smith’s unholy and curl up with a book about a fictional man who is great in the sheets and where disappointment is rare.

From the classic enemies to lovers, friends to lovers, fake dating that progresses into something more tropes to the good ol’ forced proximity tropes to give you the butterflies, 2022 has its fair number of swoon-worthy smutty books to slow read with a glass of mulled wine. Feel free to abandon the wine once the action gets hot and heavy.

Here are some of our top picks:

1. King Of Wrath by Ana Huang 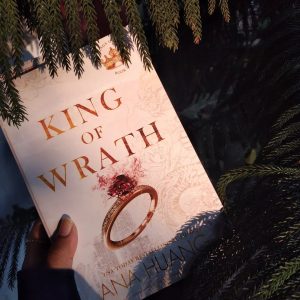 Ana Huang served us another fascinating, and entertaining tale. The plot revolves around Vivian, a heiress, and Dante, a wealthy CEO getting married, but it initially looked that being together was the last thing either of them wanted. You will adore this story despite it being predictable. Vivian and Dante’s chemistry will put your other book couples to shame with sizzling scenarios and toe curling bed posts scenes. The bonus part of the book is the cameos of Twisted Series characters. 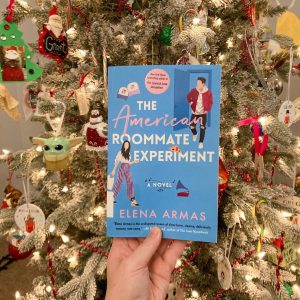 This book seems like a love letter to all things romantic, combining so many of the genre’s most beloved tropes, gestures, and scenes. The novel is at once warm and sentimental as it is entertaining and sensual.  It’s also jam-packed with the best kind of slow-burn suspense that will have readers turning the pages and craving more. The plot revolves around an endearing pretend dating scenario between Rosie and Lucas, and we all know how fake dating turns out. It was enjoyable to see Lucas and Rosie’s feelings groww as they helped each other deal with personal struggles and come to terms with big life changes. 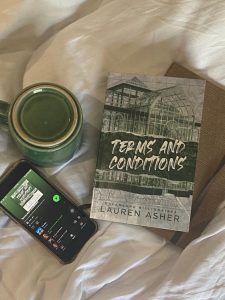 A Bookstagram hit! This novel, the second in the Dreamland Billionaire series, goes perfectly with Asher’s Fine Print. The marriage of convenience between businessman Declan and his secretary Iris initially looks like a fine idea before both people start to develop affection for one another. What happens when the conditions of their original agreement begin to alter? A classic grumpy and sunshine trope with a good dose of slow burn. 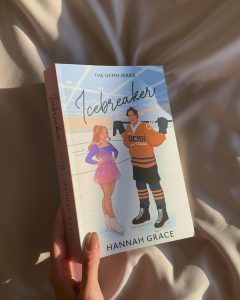 Sparks fly when a competitive figure skater and hockey team captain are forced to share a rink. Anastasia’s and Nathan’s story starts when a misunderstanding results in the two teams sharing a rink.  When Anastasia’s partner gets hurt in the aftermath, Nate finds himself swapping his stick for tights, and one scary coach for an even scarier one. A young adult book with a sports theme that shows characters learning from each other’s mistakes and defeating hurdles. This book has a fair share of steamy and swoon-worthy romance. 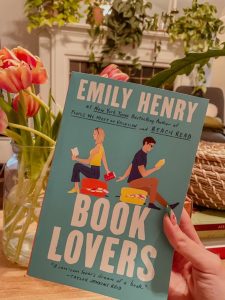 One summer with two competitors. They weren’t prepared for the plot surprise. This book is a classic example of how the story isn’t over until you find your happy ending. The story is about high-maintenance and extremely tense Charlie – the ideal grumpy hero with a hidden sensitive side – and Nora who is a stern, career-driven women. Thankfully, the author avoids the simple trap of demonizing either little villages or major cities, giving her characters the freedom to follow their aspirations no matter where they may take them. And while Nora and Charlie’s romance is swoon-worthy and steamy, it’s Nora’s relationship with Libby that really makes people cry. 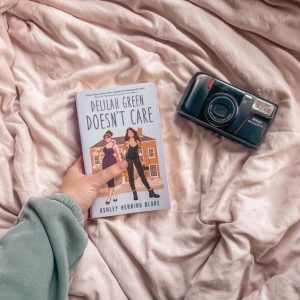 Written by Ashley Herring, Delilah Green Doesn’t Care is a very amusing LGBTQ++ romantic comedy that highlights tense family connections and finding love and a sense of belonging in the most unlikely places. With decades of history between Delilah and Claire, none of them anticipates anything new, but throughout the course of the book, they all discover the earth moving beneath their feet as their connections to one another and some of the people they cherish most change drastically or just become more clear. The book does a good job of deploying well-known clichés, making favourites like “just one bed” both a source of sadness for one of the characters and a chance for sexual tension.

7. Everything for You by Chloe Liese 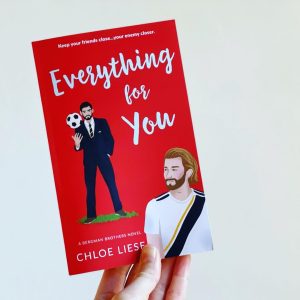 An enthusiastic young soccer player with anxiety and his cynical elder friend who suffers from chronic pain are the subjects of the age gap, grumpy-sunny sports romance Everything for You. This book is all-the-feels, steamy slow-burn in this enemies-to-lovers sports romance about fighting for love when life’s taught you it’s a losing game. This book follows Oliver Bergman, the happy-go-lucky Bergman brother, and his teammate Gavin. Gavin is a super famous soccer player and a damn good one at that. So, naturally, Ollie was excited to finally meet his idol when Gavin joined his soccer team–only things didn’t go as Ollie imagined.