“A rose by any other name would smell as sweet,” said William Shakespeare. But in fashion, a hijab and a balaclava are perceived with a disparaging difference – despite their similar functionality and appearance. Even in 2022, the rules of fashion are hypocritical depending on its origin. Balaclava: a thick piece of clothing that can instantly slide over your head and neck – protecting you from the winter chill while simultaneously making you look stylish on TikTok and Instagram. Hijab: a flat scarf tied around the head by Muslim women since 627 C.E, yet, they remain to be on the receiving end of hate crimes because of the choice to use a veil 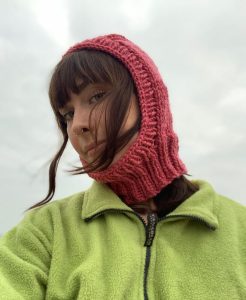 Recently, Sagal Jama, a student content creator from Toronto tried the latest winter trend (balaclava) and found it appropriately befitting her level of modesty. What felt like an instant relief for a hijab wearer at first – in hindsight, reflected on the larger issue that is often neglected by society and the fashion industry in general. “People are able to wear a balaclava and be perceived as trendy or cool, but a hijab can be seen as a symbol of oppression or political,” shared Jama on the double standards. 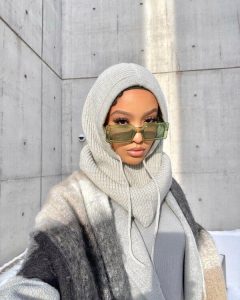 Regardless of how inclusive or genderless fashion has become – a women’s choice when it comes to her clothing is still up for public debate. Although the modest wear industry alone will amount to $402 billion approximately by 2024, that doesn’t change the fact that consumers with the maximum buying power are still fighting bans like #handsoffmyhijab. 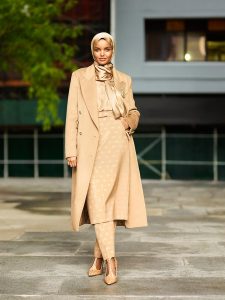 Luxury brands like Maxmara, Gucci, and Michael Kors have been accommodating of faith in fashion. Labels have been embracing the tide of changing times by including pieces for every type of shopper and the representative faces have also been diverse – but is that enough?  Even in pop culture, celebrities like Kanye West, Kim Kardashian and Cardi B have lately stepped out in attires that don’t just cover their bodies but also hide their faces. Termed as experimental, futuristic and visionaries for doing something women of a certain culture have been constantly called out for. 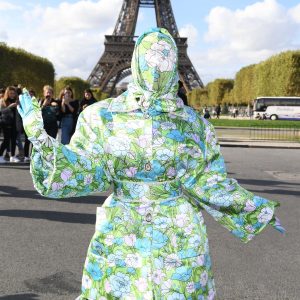 As much as we’d like to believe that fashion and politics exist on two opposite ends of a spectrum – in reality, they are constantly intersectional. “Fashion functions as a mirror to our times, so it is inherently political,” expressed Andrew Bolton, Curator of The Costume Institute at the Metropolitan Museum of Art. Rightly said, brands have the power to show solidarity beyond their performative campaigns on the billboards. In the current climate, when lawmakers are introducing bans on the wearer’s freedom of choice, it is fashion’s duty to have a voice that pushes back through its craft. How is it that we cannot build a world where a balaclava and a hijab can co-exist? This goes beyond sending down 2 archetypical models on the runway and releasing exclusive lines that earn them the dollars – it’s about learning, unlearning, understanding, spreading awareness, vocalising activism, and accepting people’s beliefs without white-washing them according to the rules of the western media. Trends may soon turn into fads but designs that are constructed for change leave an impact. 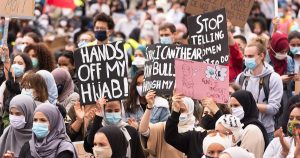 Today, whether you practice a certain religion, abide by a cultural norm or identify within none – everyone deserves their space regardless of  the identities they play with. Together, fashion armed with social media can not just call out the discrepancy but also bring in the required reform. Free the nipple, wear your hijab, team your turban with the sleekest sneaker drop – do everything while making sure those around you experience the same fluidity in fashion.

For more fashion content that goes beyond your trend check, tap here