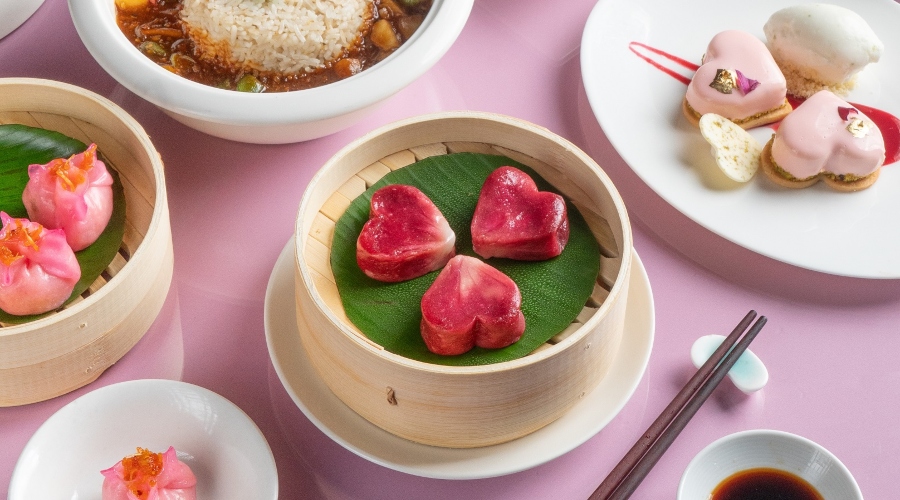 Alongside actors, the Indian culinary scene also had its representative at Cannes Film Festival 2022. Industry heavy-weight chef Manu Chandra was invited by the Ministry of Information and Broadcasting to curate and manage the catering for the India Pavilion there. The chef also displayed his skill at the inaugural dinner where he designed a menu to give Indian dishes a French twist (which also impressed the french chefs there). His innovative menus included Pyaaz ki kachori en Croute with chutney and Crème Fraîche, Paniyaram Madeleines accompanied by podi and coconut chutney, and Mutton Biryani Arancini Balls served with Burani raita.

I wish I was at the table but the next best thing for me was to speak with the chef himself. He describes his experience as an enriching one, not without challenges nonetheless. But if anyone could pull it off, it had to be the celebrated chef. After all, he is known for introducing the gastropub scene in India through Monkey Bar and also kick-starting the gin revolution with Toast & Tonic when he was with the Olive group.

Even after moving on from the hospitality group last year in October, chef Manu was already working on his next business plan. He along with his long time business partner Chetan Rampal recently launched a bespoke catering service, Single Thread Catering. Ahead, we speak to the culinary maestro about his menu at Cannes Film Festival, his new venture, his opinion on food trends, and more.

ELLE: What are some of the important things you kept in mind while designing the Cannes menu?

Manu Chandra (MC): Given that India is the country of honour along with our 75 years of independence, and as it was 75 years of the Cannes Film Festival, I felt that it would be appropriate to do a menu that would pay homage to both countries. We picked Rajasthan as it is something that comes to mind every time you speak of India, because of its vibrancy, colour, and relatability, and it’s easier to be able to focus only on one region when you bring a menu of such cross-cultural choices for the palate. And that was the 4-course menu that started with some canapes, and hors d’oeuvres and moved on to the now talked-about kachori done in a croissant dough with roasted shallots.

I wanted to make sure that both sides were represented equally. I did not go over the top with spices and flavouring because it had to be tasty without being jarring for some palates who may not be accustomed to it. It was a very light meal as I barely used any fats. I did not use cream and butter and there was no need because there was so much flavour anyway. So, you got the flavour profile but in a very contemporary, well presented and tasty form. I was keen to do something along those lines and that’s what we ended up executing.

ELLE: Coming to Single Thread Catering, what made you go towards a catering route as opposed to launching a restaurant?

MC: I’m going to do that in the future, it’s not something I’m ruling out. It’s just that this was an easier way for me to be able to start building my team of chefs. I know the restaurant takes a lot more but putting together a kitchen is slightly quicker and simpler. I wanted to touch upon new benchmarks. I really want to focus on offerings and quality as far as tableware, tables, table linen, setup, coordination, presentation, all that is concerned. And a dedicated setup would allow me to do something like that. It’s something I’ve always been very excited about, because there are a lot of people to educate, inform, and they don’t find a solution that I can offer. Bangalore specifically, is still relatively nascent because the players are few. But because I have a loyal customer base, they would like to see me back in action. So, this just paved that way. 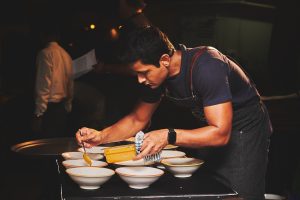 ELLE: Tell us the experience one can expect from Single Thread Catering?

MC: We’re doing bespoke events, and custom catering menus for consumers’ taste. We’ll sit down with them, and figure out what the event is, and their likes and dislikes. We can custom tailor something completely unique and fresh. So we really build that infrastructure to be able to facilitate requests. This means if we have to do anything from a Peruvian to a Punjabi menu, we can do it. 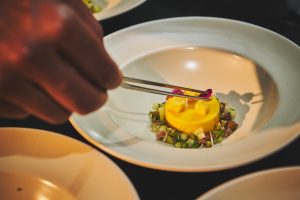 Somebody came to us for a 22nd birthday celebration with a Hawaiian theme. And I know how to engineer a really fun and exciting party. The food’s going to be a champion, as much as the bar is, so we asked our client to let us know where the focus needs to be more. But we also took it a step further. We had tiki glasses and tiki cocktails. Things were customised, the service staff was wearing Hawaiian shirts, flowy pyjamas, flip flops, and even those little Hawaain garlands. When our customers walked in, they were pleasantly surprised because this was way beyond what they anticipated or expected. I think that’s the level of personalization that we were always used to delivering in a restaurant setup. And just taking the DNA of that and putting it into a catering setup makes sense to us. 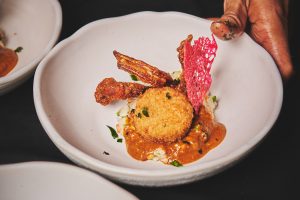 ELLE: What are your thoughts on food trends? Do you think people need to cater to them?

MC: Trends are things that fade away. And I’ve embraced them, too. When I launched the breakfast menu at Monkey Bar, we had a red velvet waffle with people driving down from God knows where to come and eat. It was a good waffle and the toppings were fantastic. But it was a waffle at the end of the day, and it was at the Red Velvet phase. I knew it was going to die out in about a year anyway. So there is a certain amount of leverage that you will always get from a trend and social media as an indicator of anything. The advent of social media has created that entire FOMO. There’s a need to be able to do what everyone else is doing. And trends are largely propelled by that these days just like dalgona coffee or banana bread, for instance. So is it necessary to do it? I don’t believe so. But I understand why people do it. Having said that, trends will come and go. But the main word here is ‘go’; few of them have the depth and the quality to be able to withstand the temporary nature. So you will always find something that sticks. Just like gin and tonic. People thought I was mad to have a bar that was entirely centred around gin, but I knew it was going to work, and it did. You can see what’s happening today. And that was seven-eight years ago. So it’s not like it was recently. Also after years of experience, you develop a certain cut and culture, in doing what the customer is willing to embrace and how much they will change.

ELLE: Do you think people have become more experimental now in terms of tasting new things?

MC: Yeah, especially the Gen Zs. They’ve demonstrated that they are far more willing to experiment and are more excited by more variety from different parts of the world. More focus on flavour and technique, than the millennials.

MC: Besides building Single Thread Catering, there’ll be restaurants in the near future. I’m looking forward to just trying to put together concepts which would excite me, I’m not trying to be revolutionary. Sometimes it’s good to go back to the basics because so much of it is being eroded in the name of novelty. So I definitely want to rekindle the joys of just good quality dining with every touchpoint in place and a lot of attention to detail. And that has a lot of merit. We’ve seen classic examples from across the globe where places that have lasted 70-80 years essentially do just that. You get to a point where you have a certain level of competencies, and you need to be able to showcase those effectively without messing with the format to offer. And that really makes it a food and service, and ambience-driven place. It’s holistic. 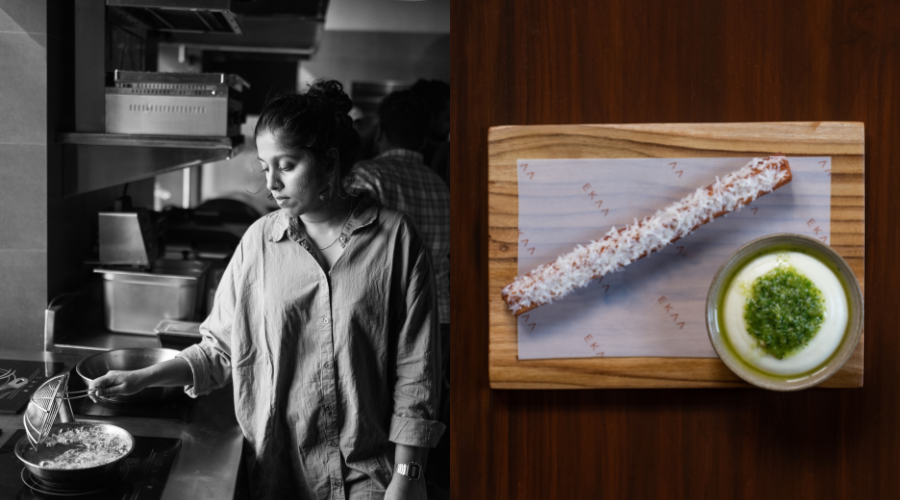 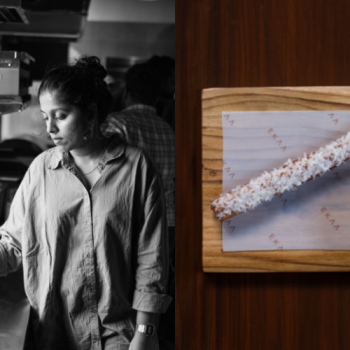