There Are 6 Planets In Retrograde Currently. Here’s What That Means For Your Life

Blaming bad decisions on unfavourable planetary positions is my entire personality. Honestly, if I could hold the mercury retrograde responsible for every minor inconvenience in my life, I would. But, as it turns out, this tiny planet isn’t the only one wreaking havoc in the skies currently— September brings with it not just one but six simultaneous retrogrades. If you’re experiencing your life being turned upside down right now, know that you’re not alone. With incredible transformative energy in the air, take this time to slow down and reflect, revisit, re-evaluate and redo. Don’t fight the flow, instead, surrender to the process and keep your sense of humour alive. You’ve survived numerous retrogrades in the past and there’s no reason why you won’t get through these ones too. 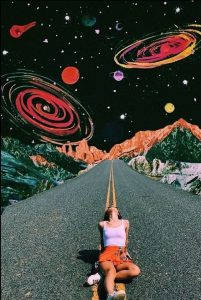 Okay, But What Is A Retrograde?

Retrograde is the time when a planet appears to move backwards. While this reversed direction is caused by an optical illusion due to the differences in orbit, the effects are very real. Mercury may get all the attention because of how frequently it goes retrograde, but this phenomenon isn’t just limited to this one planet— every planet in our solar system goes retrograde at some point during the year, bringing about changes to different areas of our lives.

Mercury, the planet of communication, retrogrades three to four times a year bringing in technological hiccups, misunderstandings, delays, and all that good stuff. Think of it as a quarterly check to pause, evaluate and improve your life. The urge to reconnect with past lovers and friends is a big theme during a Mercury retrograde so don’t be surprised if an old flame or ex slides into your DMs. Mercury will bring to the surface all that you’ve been pushing under the carpet so that you can finally face it, process it and heal from it. A word to the wise: Be prepared for glitches and keep those controversial tweets to yourself.

Yes, I know what you’re going to say, but Pluto is still a planet in astrology, let’s move on. Being a slow-moving planet, Pluto spends half the year in retrograde with effects that show up in much subtler ways in terms of patterns and mindsets rather than something external like communication or money. With a reputation of being the ‘great destroyer’, Pluto is all about bringing that transformative energy into your life by giving you the opportunity to take out the trash. It’s time to recognise and resolve your toxic, self-destructive behaviours, belief systems and addictions. Pluto retrograde also urges you to evaluate your relationship with power and encourages you to plunge to the depths of your psyche to uncover and deal with the darkness within you.

Saturn may not have the shiniest reputation considering all the life lessons it teaches us— It may seem like the villain but in reality, it’s more like a stern father showing some tough love (but always wanting what’s best for you). Saturn wants you to take responsibility, work hard and accomplish your goals. When it goes retrograde, be prepared to own up for your actions and work through your karma. You may be pushed to reflect on your limiting beliefs and deep-seated fears that are holding you back so that you can make necessary adjustments. 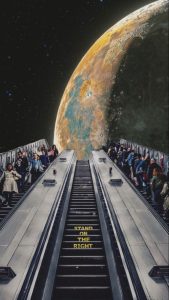 Arguably one of the most gentle retrogrades, Jupiter the planet of good luck and expansion does the backward dance in the sky one-third of every year. The goal of this retrograde is to make sure we’re not slacking off with all the fortune that Jupiter brings into our lives. It’s important to practice gratitude since it can be easy to get caught up in self-doubt and uncertainty about the future during this time. Jupiter retrograde gives you a chance to retrace your steps, tackle your complacency and reopen any missed opportunities.

Neptune, the planet of intuition, dreams and delusions has a tendency to distort reality when it’s moving direct. But when it goes retrograde, it pulls those rose-tinted glasses right off and forces you to see things as they are, giving clarity on areas of your life. Don’t be surprised if the universe pops a lot of your imaginary bubbles during this time. The aim is to help you get real, identify how you deceive yourself and unmask the wolf in sheep’s clothing.

With a reputation of being the inventor or ‘mad scientist’ of the solar system, Uranus is all about breakthroughs, innovation and limitlessness. The planet is known to shake things up, challenge norms and bring about changes on a global scale, but when this planet goes retrograde, it urges you to embrace the rebellion and revolution in a more internal way. Before you change the world around you, you need to do some changing within you. It’s a good time to rethink larger life goals, get out of the box, maybe even adopt a new perspective on the world and tap into a hidden part of yourself.