Transcending 4 generations—Ekaya’s 120 years of legacy is built over the commitment of its founding family and the community of 10,000+ weavers. But it is over the last 10 years that Ekaya cemented its position as one of India’s premium luxury handloom textile labels, by bridging the gap between the weavers and the designers. Changing the narrative around how traditional Indian textiles were perceived, Ekaya has managed to make heritage weaves contemporary—appealing to Indian fashion connoisseurs across ages.

Being conscious about the environment and promoting slow fashion has always been a part of the label’s DNA—since its inception. But as the brand steps into its second decade—it’s pivotal to pay tribute to its journey so far, by charting a mindful path ahead. To celebrate this milestone, Ekaya has launched the ‘Project Second Chance’.  With this initiative, the label is inviting its patrons to find new ways to not just rewear their Ekaya, but also share their Ekaya wardrobe. Besides this, the brand also plans on teaching its consumers how to preserve, upcycle, re-style and revive their textiles in more ways than one. It will also allow the community to grow by inviting more like-minded people who are equally passionate about textiles.

ELLE: Ekaya has had a monumental decade, tell us about how the last 10 years have been for you?

Palak Shah: It’s been quite surreal, I don’t think I ever planned to be in this trade—I am an accidental entrepreneur. It’s hard to fathom that it’s been 10 years because it feels like we started just yesterday. As they say, whenever we’re having a good time, time just flies very quickly—so it’s been a journey where I’ve learnt a lot and have had some good and bad times. But overall, when I look back, I only smile. It’s actually been something that I can’t believe sometimes—we’ve come so far!

In a quick chat with co-founder Palak Shah, we break down the details of this initiative and how will this well-meaning programme will incentivise Ekaya consumers to become responsible shoppers.

ELLE: What led to the idea of launching ‘Project Second Chance’?

PS: To be honest, as a brand we’ve always worked towards sustainability, we believe in recycling and repeat fashion. It stemmed from the thought that when we travel, we go to these thrift stores and I’m a big fan of reusable fashion. So I always wondered, why don’t we have the same concept when it comes to Indian textiles? We usually have all these saris stores selling old scrap fabric, but almost selling them to get rid of it or using them as borders or scrap materials. So why don’t we create and bring about the concept of reselling when it comes to Indian Textiles? Because technically that’s the only piece of clothing, in-history, which can be reused—the older it is, the more value it actually holds. When you have your mother’s saris, you hold on to that much more dearly than you do to anything else that matters. Why not start it? So it started with the idea of reselling.

Then we started thinking about the re-wear aspect of it. You can actually wear them in so many different ways that it gives a new identity every time you wear them. In the concept of re-wear, revive we already do, reuse we already do. Hence the idea of repurposing it. For example, if certain pieces are in tatters—I’ve had many clients come to me with tattered saris but they don’t want to get rid of them. Why don’t we create something which they can put in their houses, or they can wear. Hence came the whole concept of ‘Second chance’. Like, giving textiles a second chance.

ELLE: As mentioned in the brief, a part of the initiative encourages Ekaya patrons to resell their pre-loved Sari in exchange for a new or another pre-loved dream. Tell us more about this circular fashion-promoting idea

PS: The whole idea around this re-sell stemmed from creating another vintage piece out of a sari. For example, you own 10 Ekaya Saris and want to buy more, but you haven’t worn your current ones. Or if there’s a person who really wants to buy something but is finding us expensive—hence, we created something called the travelling sari. You can come in and give us the sari and we sell it on your behalf.  Whatever proceeds come—about 30%, we put in as the commission as the expense of selling it. The remaining 70% we give you as store credits—with which, you can buy anything that you want to. For this next person coming in, they can buy a limited edition piece at a discounted rate.

ELLE: Speaking of restoration, it’s interesting to see that Ekaya patrons have the opportunity to learn the art of preservation. Could you tell me about some of the easy ways in which our readers could also learn to preserve their heirlooms?

PS: The first thing is to air them every once in a while. If you keep them folded for a long time, the saris will crack because it’s zari. Zari is metal and when metal is folded, it leads to cracking. It also leads to blackness, so airing it once in a while will help. Keeping them in a dry place, away from the sunlight is important. It’s basically how you take care of them, It’s like when you have a vintage jacket, every once in a while you got to take it out, air it, wear it, brush it. It’s just that the fabric needs to breathe and keep them rolled preferably.

For more on Indian textiles and weaves, tap here. 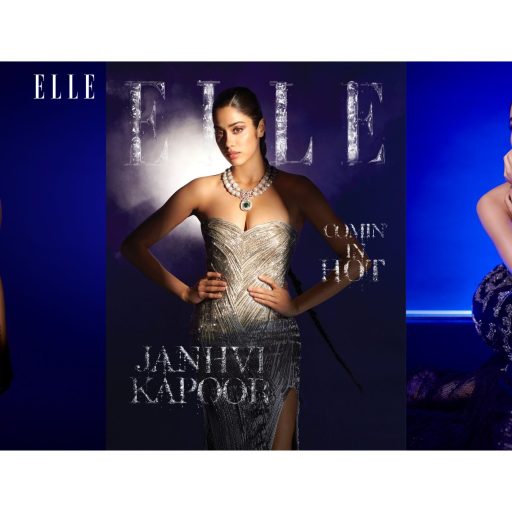