If there’s one thing that’s been good about the quarantine life in the past two years, it’s that I got to sit at home braless–those were the best days of my life. But often, when the door bell rang or I had male relatives over, I would either quickly move my hair to the front in case my nips decided to make an appearance or rush to wear a bra. I’m so used to being braless, that now this contraption makes me feel uncomfortable when I have to wear it when I step out.

In fact, for many women, going braless is a privilege, yes, who would have thought? But some have to wear a bra even at home. We live in a society where a woman’s body is sexualised, whether she’s indoors or outdoors. But if times are changing so much, why are our bodies still objectified? And if women choose to go braless, why is it made into such a big deal?

Very recently, Bollywood star Malaika Arora stepped out to walk her dog. She wore a simple tracksuit, something any of us would wear for a morning stroll. But the only thing visibly “different” was that the actress didn’t wear a bra underneath. Why would that even be a topic of discussion? We’re in 2022 and why should you even care if anyone goes braless? 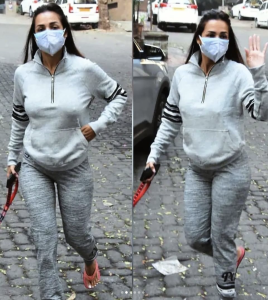 In a more recent event, the popular French star from Emily In Paris, Philippine Leroy-Beaulieu, made a powerful statement at Paris Fashion Week with her outfit. She wore a sheer midi dress with no bra. Many applauded her for the move she made but some had very discouraging comments on social media. 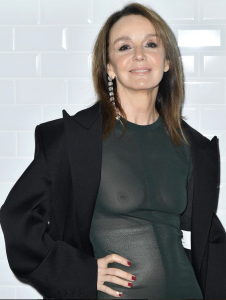 Malaika and Philippine aren’t the only celebrities to go braless. Stars like Miley Cyrus, Kendall Jenner, Jennifer Lopez, among others have also opted for the braless route. Point being, why is this even up for discussion in 2022? 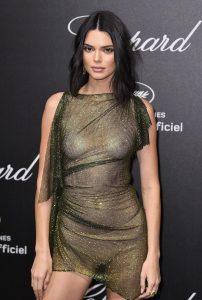 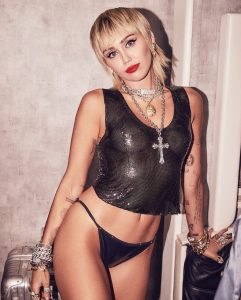 To a large degree, women in India have little or no say in the demands made of them. We were always told to not get out of the house without wearing a bra. Fast forward to today, some women just prefer going braless and that’s absolutely okay! Don’t get me wrong. I do understand that it is necessary for women with bigger breasts or women with lactating breasts to wear a bra for medical reasons (to distribute the weight so no strain comes to the shoulders, neck and back). But for many, it is suffocating to wear a tight bra. Removing it before going to sleep is the best feeling ever–those memes you see are true! It’s really all about that comfort at the end of the day.

There are many campaigns on social media platforms that normalise the conversation around going braless. The most popular one is the Free The Nipple movement, which encourages women to embrace their bodies in a natural form and feel empowered. It has helped women become more confident and brought body positivity.

There also needs to be a huge change in the way incidents like these are reported in the media. Much of the reporting of subjects like these is voyeuristic and disgusting with comments section often filled with moral policing remarks. Whether it’s body hair, stretch marks or scars, there’s so much conversation surrounding it but it is reported in a way that takes away from the conversation, so every women has to defend her choices, instead of it becoming the norm.

We often turn to celebrities and influencers to make an impactful, break-the-glass-ceiling statement. But when that happens, why is that we also go on to shame them when they do so? Why do we still call them as “daring” moves?

Movements that are often online, need to go offline. So Free The Nipple is not only a hashtag movement, but a real one and we hope that women are not subject to incessant judgement when we take to the streets in protest.