Indian Matchmaking season 1 instantly became fodder for memes and was subjected to heavy criticism when it first came out in 2020. Netizens quickly pointed out the problematic and dated idea of matchmaking in the show, especially the biases practised by its controversial host—Sima Taparia from ‘Mumbai’. In case you miss that introduction, she will make sure to announce her geographical background every time she enters a room. On the outside, Sima may look like she has evolved since the last time as she has now digitized the gazillion biodatas she claims to be her prized possession. Sadly, her internalised misogyny through the imbalanced lens with which she looks at her male and female clients continues to be a sore point even in season 2.

On the surface, Sima aunty may look like a well-wisher who happens to help you align your stars with your future partner’s, but like every other Indian relative, her actions and motives don’t synchronise. Why else would she not have matched a single couple successfully in 16 episodes? In fact, proving that her jaded methods should be a part of history, some of her own clients from the show found love outside of her curated options. Despite her attempts to look progressive, (I mean, her husband did make tea for her and smashed patriarchy in of the episodes) Sima’s verbal diarrhoea has further pushed millennials and Gen-Z further away taking the traditional route when it comes to marriage. It’s hard to pick, but here are the alarming 5 instances where Sima unknowingly convinced me to get a cat instead of a husband, by making the process look painful— especially for women.

Have you noticed the number of biodatas Sima carries for men as opposed to women? Even if she has options for the ladies, she only reveals one at a time—convincing them that it will only prevent confusion. As for the boys, they get to pick from the best of 3 and aren’t even made to feel bad about it. Well played Sima!

2. Love Has No Language—Or Does It? 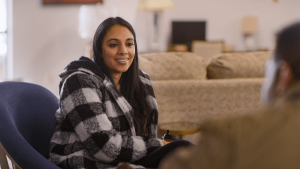 As a society, we’re trying to move beyond the clutches of classism and casteism, and yet, all of Sima’s clientele represent the upper-class majority community. With one tokenistic Sikh boy thrown in the mix for the second season, the Indian Matchmaking series barely represents India. Sima, on more occasions than one, emphasises the fact that people from the same ethnicity are far more compatible, additional bonus if two people are from the same profession and share mirroring hobbies.

3. Too Picky Vs. Glitch In Astrology

Last season, Sima was seen continuously enabling Mumbai-based jeweller Pradhyuman Maloo, who was having a hard time picking a partner from the options she laid out for her. Throughout the process, Sima didn’t lose her calm and continued showering him with more prospects. Showcasing a completely contrary behaviour towards her NRI female clients Aparna Shewakramani and Nadia Jagessar, Sima often called them out for being too ‘picky’ and ‘indecisive’ for not making up their minds about the men she suggested for them. Continuing her pattern this season, she gave the women a hard time and blamed the man’s indecisiveness on astrology.  Double standards much?

4. Age Is Just A Number—Not For Sima Taparia 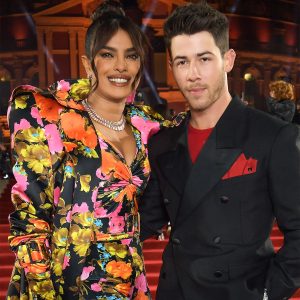 Nadia, our resident favourite contestant from the Indian Matchmaking finds a connection with a man who is 7 years younger than her. While it’s a non-issue for both parties involved, Sima instantly raises her eyebrows upon the mention of the age difference. To advocate her case, (not that she has to) Nadia gives the example of Priyanka  Chopra and Nick Jonas, who made it work despite the age difference. Instantly putting her foot in mouth, Sima makes a distasteful comment about their physicality, and how they don’t seem to work as a couple, in her esteemed opinion.

In Sima’s handbook, a rich boy running his father’s business is an eligible bachelor, but a young independent girl who is self-made happens to be calculative and demanding. When 30-year-old pharmaceutical professional Viral Joshi confronted Sima about almost catfishing her with a prospect, who looked nothing like his pictures in real-life—Sima in-return gaslit her and called her superficial for giving weightage to his looks. Although Viral gracefully handled the situation and exited the conversation, she made a fair point about expecting only what she herself brings to the table. Nothing more nothing less.

After binge (hate) watching the second season, I am convinced, this show is less about matchmaking and more about Sima Taparia’s travel rendezvous across America. What other possible reason there could be for fewer India-based Indians in Indian Matchmaking?