LGBTQ+ character centric stories tend to usually revolve around sexual/romantic awakenings. It’s always a good thing to have such representation in media. However, to make the community feel wholly and truly seen is to show these characters as full dimensional people rather than only hone in on that aspect.

If you have been missing content like this your life, look no further. Here’s a short but carefully curated list of some that will have you glued to the screen. 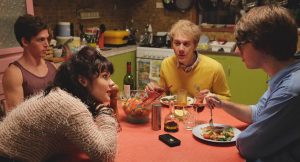 This dramatic comedy is an extremely well-written, unconventionally funny story about a guy named Josh who realises his true sexual orientation well into his 20s. The series is unique in a way that it addresses his life in relation to platonic, romantic and familial relationships he has while also giving enough room for his own personal exploration. This is done in a very raw, real way that effortlessly makes the show funny. It is definitely feel good but there are several emotional and cathartic moments as well. Head to Netflix ASAP to start your weekend binge the right way. Using the perfect balance absurdist existential notions and inconsequential silly jokes, this movie brings a different perspective to how we look at the important relationships in our lives. The main one being a mother and her daughter whose sexuality has been begrudgingly accepted but not fully processed by the former. I don’t think I have ever seen a movie so overwhelmingly bizarre yet at its core emphasises the most simple human emotions and vulnerabilities. If you asked me to summarise this film for you, I would say its title is pretty on point in explaining the gist of it. 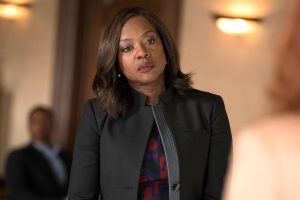 This is one show that I have followed until the end even though it had a fairly long run. If the insane twists and sub plots are not enough to keep you going, Viola Davis’ performance will suffice on its own. She plays a powerful, ruthless lawyer who identifies as bisexual. She works with a group of law school students that accidentally get involved in a messy homicide. Her character is not the most likeable and often leaves you questioning the different layers of morality but god, does she play it well! 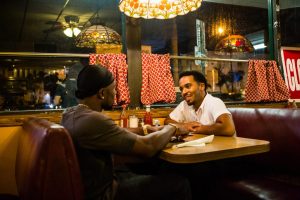 There’s a reason why Moonlight won best picture in 2017 and why even today, many will say that this is one of the authentic yet visually aesthetic films to ever have been made. The story follows the life of a young boy named Chiron in Miami as he goes through different stages of self-discovery. The film shows how he navigates through accepting his sexuality, race and general background in a world that is relentlessly unforgiving in all those components. 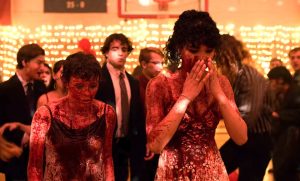 What a great world it would be if Netflix didn’t cancel shows that are actually good instead of spending their money on poorly written ones! This single season series based on a graphic novel follows Sydney, a high schooler who is not only dealing with coming to terms with her father’s death and her unrequited feelings for her best friend Dina but also that she may have supernatural abilities. Abilities that seems like they could be very dangerous if not learned to control!